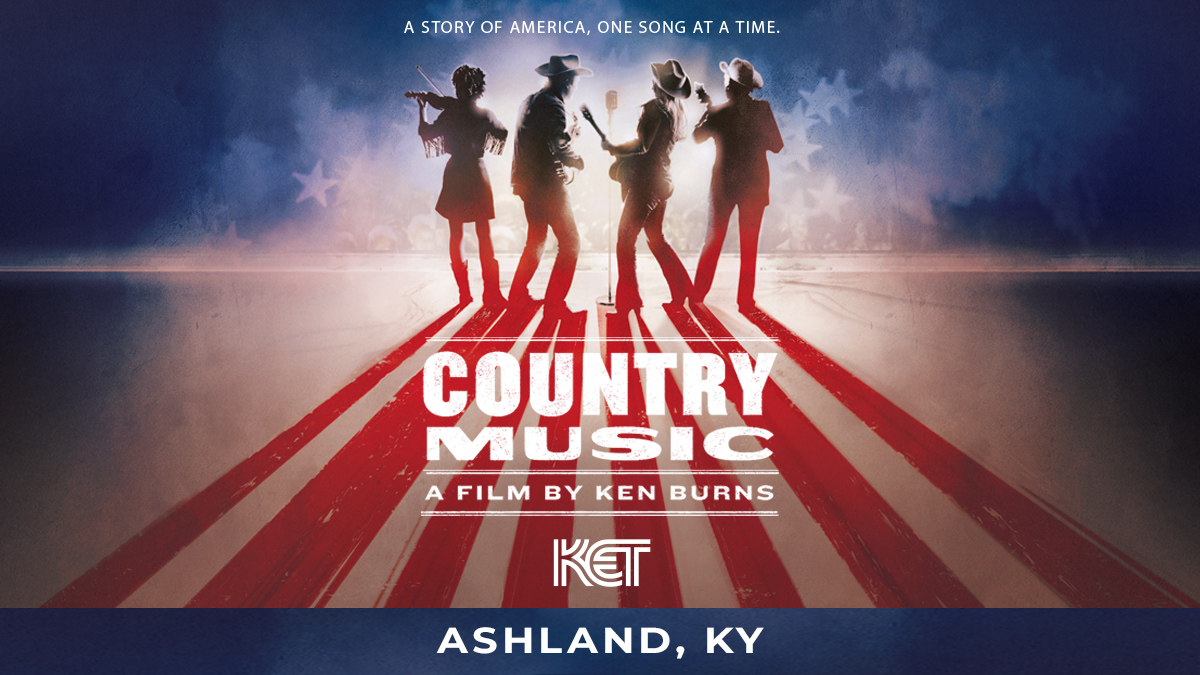 Join KET in Ashland for a free exclusive sneak peek at Ken Burns’ new documentary Country Music. Explore the remarkable stories of the people and places behind a true American art form.

The evening begins at 5:30 pm EST with a reception and entertainment by Rob McNurlin and friends at Highlands Museum & Discovery Center. The reception will be followed by the 45-minute film screening at 7 pm EST at Paramount Arts Center with remarks from Rob McNurlin. Referred to as “My brother on the hillbilly highway” by Marty Stuart, McNurlin has been playing guitar since age nine and has released nine CDs including “Cowboy Boot Heel”, recorded at Johnny Cash’s Cabin Studio, produced by his son John Carter Cash.