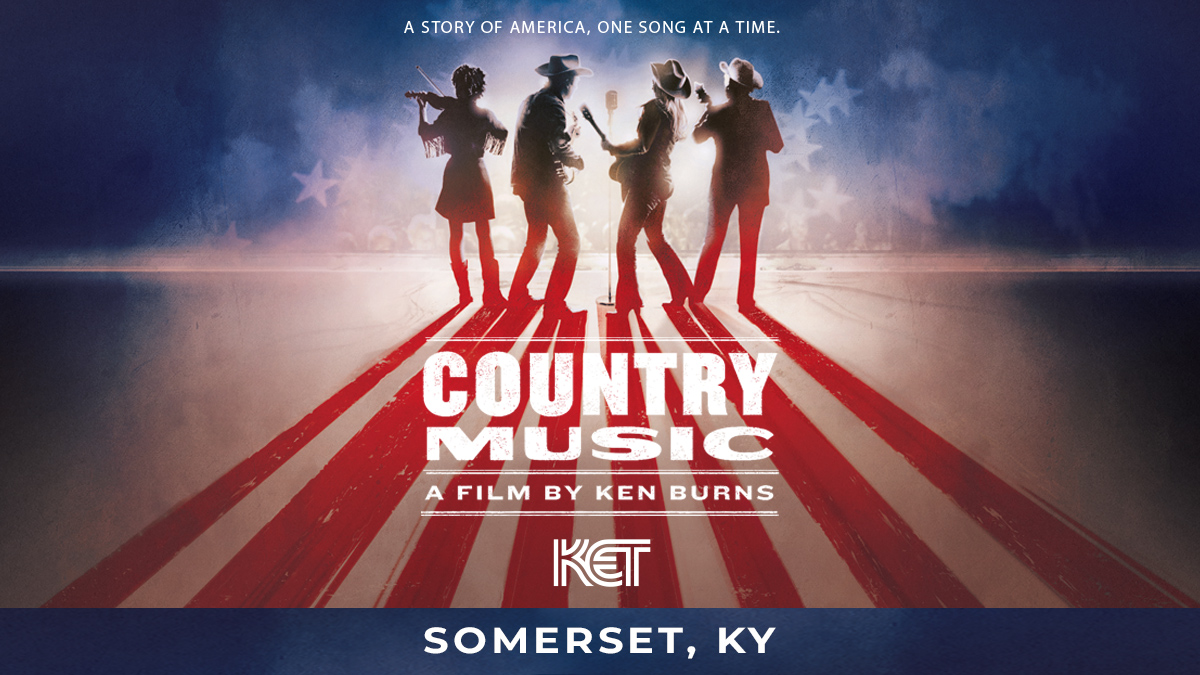 Join KET in Somerset for a free exclusive sneak peek at Ken Burns’ new documentary Country Music. Explore the remarkable stories of the people and places behind a true American art form.

The evening begins at 5:30 pm EST with a reception and entertainment by Sydney Adams and her five-piece band. The reception will be followed by the 45-minute film screening and remarks from special guest Jessica Blankenship Bray, music journalist and editor/founder of kentuckycountrymusic.com, which celebrates its 10th anniversary this month. In 2018, Bray was named one of Laurel County’s Top 10 Under 40 Award recipients, and throughout her career has interviewed countless country music artists.