Barbara Kingsolver – known for best-sellers including “The Poisonwood Bible,” “Animal, Vegetable, Miracle,” and “Prodigal Summer,” a finalist for the Pulitzer Prize – was among the writers inducted this year into the Kentucky Writers Hall of Fame.

KET was on hand for the 2017 Kentucky Writers Hall of Fame ceremony, taped on Feb. 2 at the Carnegie Center for Literacy and Learning in Lexington.

Kingsolver was at the event and addressed the audience. She now lives in Virginia, was born in Annapolis, Md., and grew up in rural Kentucky. “As long as I’ve been able to think of myself as a person, I’ve thought of myself as a Kentuckian,” she said.

She revealed that she tried out many voices as a young writer, but the more voices she tried, the “more awful” her writing became. “I discovered that if I had anything to say that would matter, I would need to say it in a Kentucky voice,” she said.

She said she was proud to be in the company of the Hall of Fame writers. “And I’ll also tell you, that is a job to live up to, the name 'Kentucky writer.' I think about it all the time. I don’t take it for granted that I belong in this company. It is work,” she said.

She said Kentucky writers are steeped in a culture of modesty. “And at the same time, we are rebels, and we have anger and we have things to say that need to be said,” she said. “And we love our stories.”

With that in mind, Kingsolver said, she had a story to tell the audience. She said she would not "assume anything" about the politics of the people there, but she would assume they were lovers of books.

“So it’s probably safe to say that you share my feeling that nuanced communication took a hit last year,” she said. She sighed amid chuckles from the audience. “When the loudest, rudest tweet carries the day, where does that leave those of us that believe in literature?” she said.

Kingsolver said she began to question her own purpose as a writer. “Here’s where it left me this dark winter, with half a novel written, wondering, should I go on? Is there anyone out there who still speaks the language that I’m working really hard to craft?”

Then came a call from the White House. Kingsolver, along with Dave Eggers, Colson Whitehead, Zadie Smith, and Junot Díaz, were invited to have lunch with President Obama, seven days before his term ended.

Kingsolver recalled the scene at lunch as they sat waiting for the president to join them. “So we sat there, and the five of us kind of asking ourselves, why are we here? Does he want us to cheer him up? He might have picked the wrong five people. This is like hospice,” she joked. “Maybe he wants us to help him pack. So--none of those things were true.”

Instead, she said, they talked for two hours about their favorite books and writing.

“I don’t know if we were there to cheer him up, but what happened is we got cheered up. He gave me a message that I know he wants me to give you, and this is what it is,” she said. “For eight years, while he was doing the hardest job in the world, he turned to novels, to literature, and poetry. Every day, he read. He had time to read. ..."

“President Obama found time every day to read novels, because he said he went to fiction for guidance, for comfort, for wisdom, for the touchstone that brought him back to the moral center of humanity,” she said.

“And he said, ‘Now I’m not the only person who does this,’” Kingsolver said, gesturing with her hands like Obama. “Imagine these long, beautiful fingers. ‘There are a lot of folks out there who feel the way I do.’”

She told the audience to keep that message in mind. “There are so many people who still depend, who depend more than ever, on reading and writing. So please keep this in your heart ... because this is where we find our moral center, as we do the hardest job in the world, which is keeping the faith,” she said.

Kingsolver also read two of her older poems that she believes still speak to the times, “Beating Time,” written in response to the governor of Arizona seeking to eliminate poetry from the public school curriculum, and “How to be Hopeful.”

Gayl Jones
Gayl Jones of Lexington is the critically acclaimed author of a number of novels, including “Corregidora,” and “Eva’s Man.” She was a National Book Award finalist for her 1998 novel “The Healing.” Born in 1949 in Lexington, she earned a master’s degree and doctorate at Brown University, and taught at Wellesley and the University of Michigan. Jones, who has remained reclusive for almost 20 years, elected not to attend the induction ceremony.

To honor Jones at the ceremony, poet Nikky Finney read an excerpt from Jones’ “The Healing.” “Let me say, no one can stand in for Gayl Jones, ever, under any circumstances,” Finney said.

The following writers were inducted posthumously into the Hall of Fame:

•Irvin S. Cobb (1876-1944), journalist, humorist, and screenwriter who began his career as a reporter in Paducah. At age 28 he moved to New York City. He became an actor and hosted the Academy Awards show in 1935. Writer James Goode read an excerpt from Cobb’s “Red Liquor,” an anti-Prohibition novel.

•Joseph Seamon Cotter Sr. (1861-1949), poet, playwright, and educator. Born outside Bardstown, he grew up in Louisville. A self-educated man, he worked to promote educational and progressive opportunities within the black community. Poet Frank X Walker read two of Cotter’s works, the sonnet “Africa” and the poem “A Woman at her Husband’s Grave.”

• A.B. Guthrie, Jr. (1901-1991), novelist of the old West and winner of the Pulitzer Prize for “The Way West.” Born in Indiana, he became a reporter for the Lexington Leader at age 25, where he worked for 17 years. He began writing fiction and wrote the screenplay adaptation for “Shane.” Fiction writer Manuel Gonzales read an excerpt from Guthrie’s “The Way West.”

About Kentucky Writers Hall of Fame 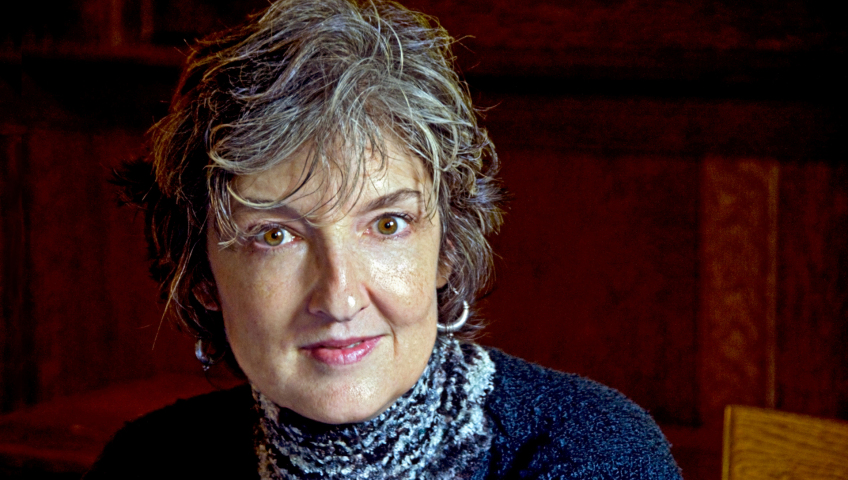