Jack Brammer of the Lexington Herald-Leader, Lawrence Smith of WDRB-TV in Louisville, and Deborah Yetter of the Courier-Journal discuss the collapse of state budget talks.
S42 E22 Length 26:36 Premiere: 3.31.16

Oh how far we’ve come from the optimistic days of early January when lawmakers and a new gubernatorial administration were eager to get to work on the state’s business.

Now in early April, the 2016 General Assembly session is nearing the finish line without a new two-year budget and dwindling hopes for securing one with only a single business day left for lawmakers.

Despite some progress towards a compromise, the House and Senate adjourned last week without a final agreement on a state spending plan. The journalists on Comment on Kentucky discussed why the negotiations broke down and what may happen as legislators and Gov. Matt Bevin struggle to find common ground.

Legislators Get Close, But Find No Agreement
After a week of private and public meetings, budget talks came to an end on Thursday when lawmakers could not agree on how much money to allocate to higher education and to the state’s public employee and teacher retirement systems. Jack Brammer of the Lexington Herald-Leader says the bottom line difference between House Democrats and Senate Republicans is only about $60 million, or less than .3 percent of the state’s $21 billion budget.

Brammer says Senate leaders agreed to decrease cuts to higher education from 9 percent, the level Gov. Bevin wants, to 4.5 percent. But Democrats in the House are holding firm on no budget reductions for the Kentucky’s public universities and community colleges. Republicans contend the state cannot afford to fund both higher education and payments to the ailing pension systems. Democrats say both can and should be funded. They also warn that cutting higher education dollars will result in higher tuition, which they say is a tax increase on students and families.

Deborah Yetter of The Courier-Journal says House Speaker Greg Stumbo (D-Prestonsburg) has implied that Gov. Bevin is to blame for legislators failing to reach a deal. Yetter reports that Stumbo says House and Senate leaders have gotten close to an agreement, only to have it fall through after Republicans confer with the governor. Lawrence Smith of WDRB-TV in Louisville adds that Stumbo and Senate President Robert Stivers (R-Manchester) generally have a good working relationship. But Smith says relations between Stumbo and the Republican governor are “fairly toxic.”

If lawmakers fail to agree on a budget by the end of the session, which is scheduled for April 12, Brammer says voters will likely blame all the parties involved – especially if taxpayers get stuck with a $70,000-a-day bill for a special session to resolve the budget crisis. Although the governor could call a special session immediately after the end of the regular session, Smith says Senate Majority Floor Leader Damon Thayer (R-Georgetown) thinks Bevin should wait a while so he can play the budget battle for greater political advantage.

Yetter says she’s already fielding questions about what would happen if the impasse continues beyond the start of the new fiscal year on July 1. She says public safety services and schools would continue to operate, as well as federally mandated programs. But other government operations could be suspended.

Current University Funding Targeted
Late Thursday Gov. Bevin ordered an immediate 4.5 percent reduction in the allotments for state universities for the remainder of the current fiscal year. House Speaker Stumbo doubted Bevin had the authority to force the cuts and said doing so set a dangerous precedent by the governor.

On Friday Kentucky Attorney General Andy Beshear confirmed that the state statute does not allow a governor change a budget approved by a previous legislature unless there is an emergency or a financial shortfall. Deborah Yetter says Beshear asked Bevin to rescind his order within seven days or else face legal action over the matter.

Bevin argues that the universities can withstand the short-term funding cut and he contends his lawyers believe the reduction is within his legal authority. The governor also thanked university presidents who said they would enact the cut: Morehead State University has planned a five-day furlough, and Eastern Kentucky University said it would tap reserve funds.

Jack Brammer says Kentucky State University President Raymond Burse did not immediately respond to Bevin’s order. KSU has struggled with finances and enrollments in recent years, and Burse had previously said another round of state cuts could force the historically black institution to close. Brammer also says he doesn’t see individual schools suing to halt Bevin’s order since the governor appoints the trustees of the state universities.

Resolving Problems with Benefits Website
A massive computer system that manages Medicaid, food stamps, welfare and other public benefits is causing more headaches for the Bevin administration. Yetter says the state’s Benefind website went live on Feb. 29, and has since caused problems for beneficiaries as well as state employees and contractors who manage the site.

Problems with Benefind began to surface when the system incorrectly sent letters to thousands of people saying their benefits had been suspended, according to Yetter. In other cases the system cancelled benefits for people who were still valid beneficiaries. When those individuals tried to resolve their cases either online, on the phone, or in person, Yetter says they were met with incredibly long wait times.

The administration of former Gov. Steve Beshear had intended Benefind to work in tandem with the state health insurance exchange Kynect. Gov. Bevin wants to end Kynect but continue to use Benefind for Medicaid and other benefit programs. At a press conference last Thursday, Yetter reports, Bevin said his administration is working with Deloitte Consulting, the firm that created the website, to fix the problems. He said the state would also hire 185 additional workers to help people who need to have their benefits restored.

That media briefing led to another kerfuffle when a state lawmaker was denied entrance to the event. Yetter says Bevin’s staff announced the briefing as for credentialed media only, and would not allow House Majority Whip Johnny Bell (D-Glasgow) to attend. 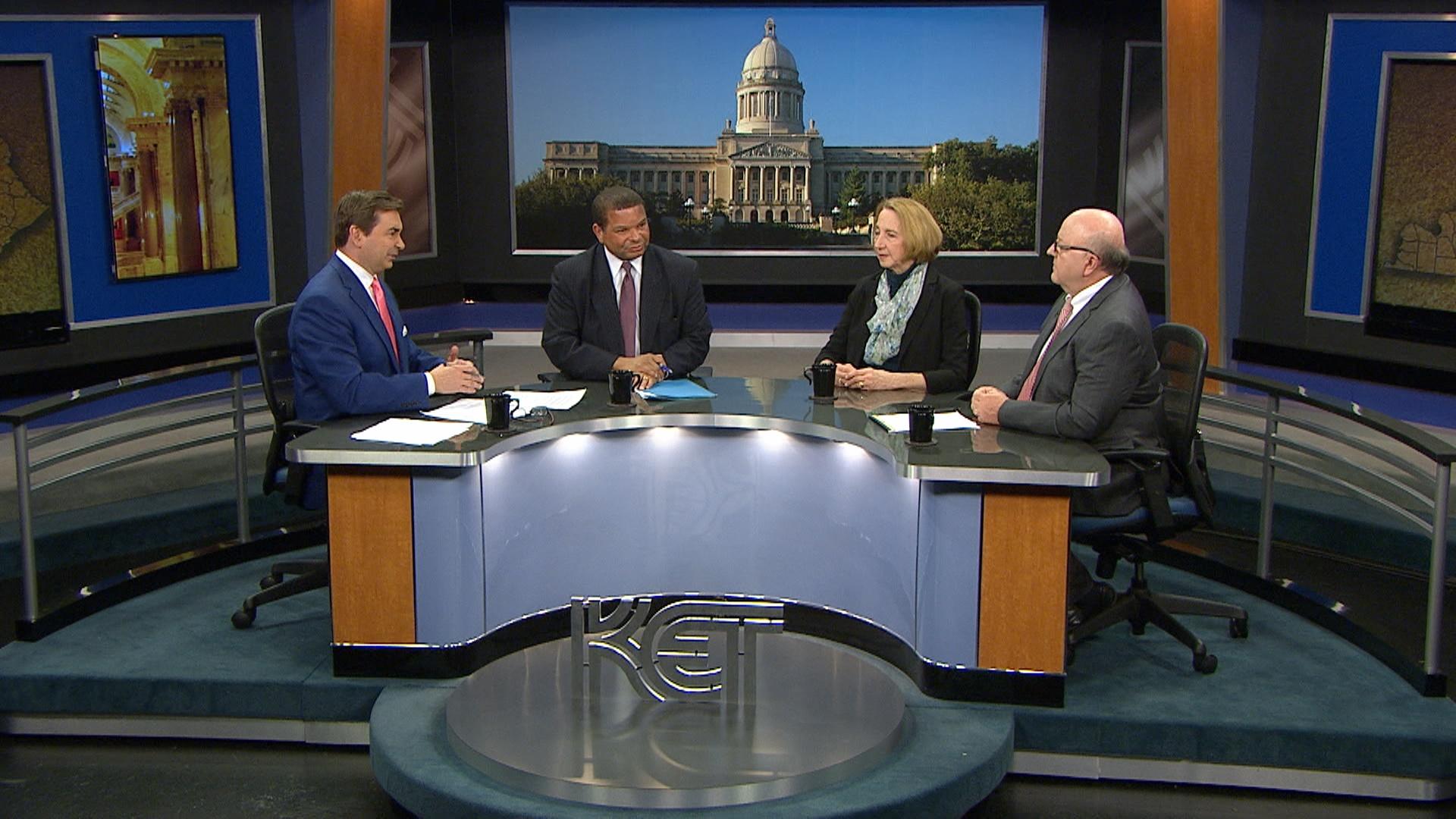