Sen. Rand Paul finally made official what many political observers have long assumed: that he’s running for president of the United States. At his campaign launch in Louisville last Tuesday, Paul blamed both parties for the dysfunction in Washington and pronounced that he’d come to “take our country back.”

The panel on this weekend’s Comment on Kentucky recapped the Republican’s announcement, and reviewed the latest in the Kentucky governor’s race.

Announcement Overshadowed by Testy Exchanges
Paul’s efforts to expand the Republican base were on display at his launch event, according to Lawrence Smith of WDRB-TV in Louisville. He reports that former Oklahoma Congressman J.C. Watts spoke at the event, as did Louisville pastor Jerry Stephenson, both African Americans. Smith says political scientists doubt Paul will get much African-American support but his message could resonate with inner-city voters concerned about school choice and criminal justice issues.

Despite a successful launch, many subsequent headlines focused on Paul’s tense exchanges with journalists later in the week.  Joseph Gerth of the Louisville Courier-Journal says Paul has a reputation for getting testy with reporters. While Paul’s fans may like that combativeness, Gerth and Smith say it won’t help the senator lure independents and moderates into his camp.

As Paul completed a tour of early primary states, he got some good news from a new Quinnipiac University poll that shows him leading Democrat Hillary Clinton in Iowa and Colorado. Smith says Paul must parlay his early momentum into fundraising to support his campaign in the months ahead.

The ad targeting Bevin repeats attack lines Sen. Mitch McConnell used in his primary fight against the Louisville businessman. Gerth says those criticisms have largely been debunked by fact-check organizations.

He explains the commercial attacking Comer is more founded in facts. It focuses on federal farm subsidies Comer has received and a vote Comer made when he was in the state House to increase legislator pensions. Gerth says Comer responded to the spot, noting that Heiner also receives subsidies for a Jefferson County farm he owns, and that 2nd District Congressman Brett Guthrie voted for the same pension boost when he was a state legislator.

Comer and Bevin have criticized Heiner for the attack ads. Lawrence Smith says Heiner rightly claims the ads are not his since the PAC is funding them. But Smith says Heiner won’t repudiate the commercials either.

The fight among Bevin, Comer, and Heiner largely leaves the other Republican contender, former state Supreme Court Justice Will T. Scott, out of the limelight. Gerth says Scott doesn’t have the cash to separate himself from the pack in a way that would get him enough votes to win the GOP primary.

Environmental Stories in the News
An eight-hour power outage at Louisville’s largest sewage treatment facility led to one of the biggest sewage spills into the Ohio River in a decade. Erica Peterson of WFPL-FM in Louisville says about 100 million gallons of wastewater flowed into the Ohio downstream of the city. She says the spill won’t impact Louisville’s drinking water, but she reports that authorities in Henderson and Paducah are monitoring the situation.

Peterson says civic leaders are taking steps to address a so-called heat island in downtown Louisville. That’s when excess pavement and other human activities cause higher temperatures around a city’s urban core. Peterson says that Jefferson County has the fastest growing heat island in the nation. She also attributes Louisville’s hotter temperatures to the fact that the city is losing 54,000 trees a year to old age, pests, and development.

Finally, Peterson reports that energy infrastructure company Kinder Morgan wants to convert a natural gas pipeline it runs through the state to carry natural gas liquids (NGL). That pipeline traverses some 20 Kentucky counties. Peterson says the proposal has raised fears among those who contend NGLs are more dangerous. A plan to build a new NGL pipeline through Kentucky was put on hold last year because of similar concerns. 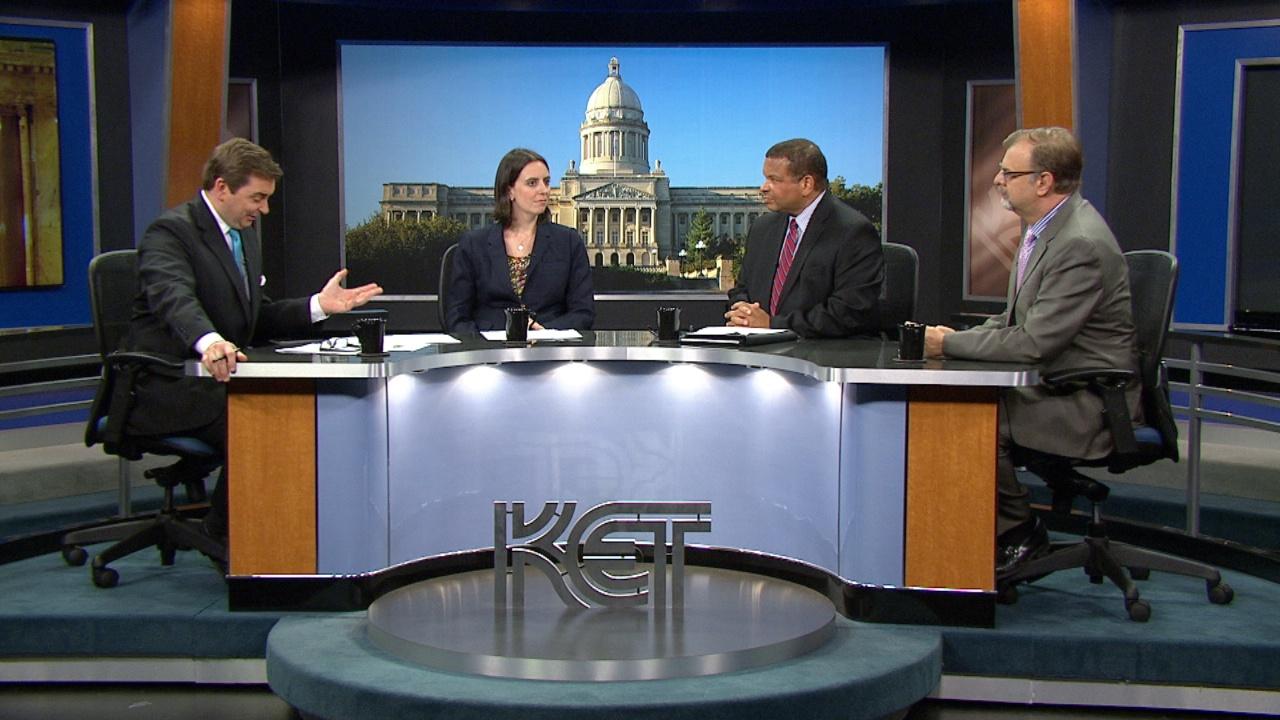