Toyota announced a major new investment in its auto assembly plant in Georgetown, while county officials across eastern Kentucky are struggling to maintain public services in the wake of declining coal severance tax revenues.

The journalists on KET’s Comment on Kentucky discussed those stories and considered the prospects for a special legislative session on tax reform.

Automaker Invests in Production Capacity
Officials at Toyota Motor Manufacturing Kentucky said last week the company would spend $1.33 billion to upgrade its manufacturing facility in Scott County. It will be the company’s first American plant to implement what it calls the Toyota New Global Architecture, says Nick Storm of Spectrum News. He says that will enable the facility to better adapt to changing consumer demands for cars with less downtime to retool the plant and its production processes.

The investment won’t immediately result in any new jobs, but Ronnie Ellis of CNHI News Service says the Georgetown plant recently added about 700 employees in preparation for this upgrade. Toyota Motor Manufacturing Kentucky now employs 8,200 people, and Ellis says the investments there mean improved job security for those workers. He adds that Toyota will receive about $43 million in state tax incentives in return for the project.

The Georgetown plant is Toyota’s largest production facility in the world, according to a company statement. The facility opened nearly 30 years ago and it currently produces Camrys and luxury Lexus SUVs.

Former governor Martha Layne Collins lured Toyota to the commonwealth after a major recruitment effort by her administration. Bill Estep of the Lexington Herald-Leader says the incentives Collins gave Toyota comprised one of the first big economic development packages offered by a southern state. But the move wasn’t universally popular at the time. Estep says fellow Democrat Wallace Wilkinson ran commercials against the deal during his campaign to succeed Collins for governor.

After three decades, the facility has employed tens of thousands of Kentuckians, and spawned construction of several hundred parts and supplier companies in the state to support Toyota, says Estep. He says Collins sees the company’s success here as a significant part of her legacy as governor.

Counties Struggle to Replace Severance Taxes
While Bluegrass communities reap the benefits of growth in auto manufacturing, eastern Kentucky continues to struggle with the decline in the coal industry.

Estep says Letcher County is among the Appalachian counties struggling with declines in coal severance tax revenues. He says mining companies pay the state a tax on each ton of coal they mine, and a portion of that money goes back to the county from which the coal was extracted.

As coal production has fallen in recent years, so have severance revenues. In Letcher County, Estep says receipts are down from $2 million in 2011 to $600,000 in 2016. That’s forced county officials there to close senior centers, cut funding for first responders, and lay off staff. Estep says the county may have to make even more cuts before the end of the fiscal year.

Letcher County Judge-Executive Jim Ward had hoped to replace the dwindling severance tax revenues with a new licensing fee. Estep explains that the plan would have charged extractive industries like oil and gas producers, rock quarries, and coal mines an annual $2,500 fee per facility. He says there are 1,500 oil and gas wells in Letcher County, which alone would have generated $3.75 million for the county.

Oil and gas producers opposed the fee, says Estep, as did a number of local residents. He explains that many companies will give landowners a free supply of natural gas as part of the agreement to lease their land for wells. Estep says landowners feared the fee would force companies to close wells and stop providing free gas.

Letcher County Fiscal Court initially approved the fee on a 5 to 1 vote. But Estep says a subsequent vote ended tied at 3 to 3, thus dooming the measure. He says no other Kentucky counties charge such a fee, and many were watching what happened in Letcher County. If it had been successful there, Estep says others would have tried to replicate it.

State Taxes and Revenues
Officials in Frankfort say the state may face a budget shortfall this fiscal year after tax receipts for March were lower than expected. Ellis says the loss could be the result of a change in due dates for certain corporate taxes. He says Gov. Matt Bevin believes any shortfall that could occur should be manageable. But Ellis says budget reserves that lawmakers set aside last year were earmarked for paying down state pension liabilities.

A shortfall could help Bevin make the case for a tax overhaul that would increase revenues for the state. That doesn’t mean getting such a plan through the legislature would be easy, though. Ellis says GOP lawmakers want to hold on to their majorities in the House and Senate and would find it hard to vote for a tax increase. Ellis adds that Bevin has been able to buck conventional wisdom in the past, so he might be successful pushing a tax plan that boosts revenues.

The governor and his staff have been working on an overhaul proposal for several months, says Storm. Bevin is also seeking outside counsel to help his administration craft a final plan. Storm says lawmakers want the governor to travel the state to sell his plan to voters to help give legislators some political cover on the issue.

Storm says he expects a special session on tax reform to occur sometime after Labor Day. He says Louisville tax attorney Mark Sommer believes the state has an opportunity to review all its tax laws, the myriad of exemptions that have been offered over the years, and ways to broaden the base of taxpayers. One option that Sommer highlighted, according to Storm, is levying a sales tax on groceries. He reports that if lawmakers pursue that idea, Senate Majority Floor Leader Damon Thayer (R-Georgetown) said he would want to give Kentuckians an offset somewhere else in the tax codes.

Ellis says the state loses $682 million a year by not taxing food. Even if an offset makes implementing such a tax neutral for state coffers, Ellis says that wouldn’t necessarily make it neutral for low-income individuals.

Attorney Fined Millions for Fraud
A disability attorney who pled guilty to charges of fraud and bribing a judge has been ordered to pay millions in fines and penalties.

Estep says Eric C. Conn of Pikeville admitted to using fraudulent medical information for his clients during appeals for disability claims with the Social Security Administration. Conn also pled guilty to bribing a judge who rubber-stamped the claims.

Conn has agreed to pay $5.7 million to the federal government and reimburse $46 million to the Social Security Administration. He’s also been ordered to pay $31 million judgment in damages and penalties, according to Estep.

Former clients have also sued Conn for fraud, but Estep says it’s uncertain whether any of them will receive compensation from the embattled attorney. Estep says Conn may not have enough malpractice insurance to cover the claims – and even if Conn does have sufficient coverage, the insurance carrier could decline to pay the claims.

In 2015, the Social Security Administration threatened to deny disability benefits to some 1,800 of Conn’s clients. Estep says Congressman Hal Rogers (KY-5) intervened to insure that those individuals would continue to receive their benefit checks while the claims were reexamined. 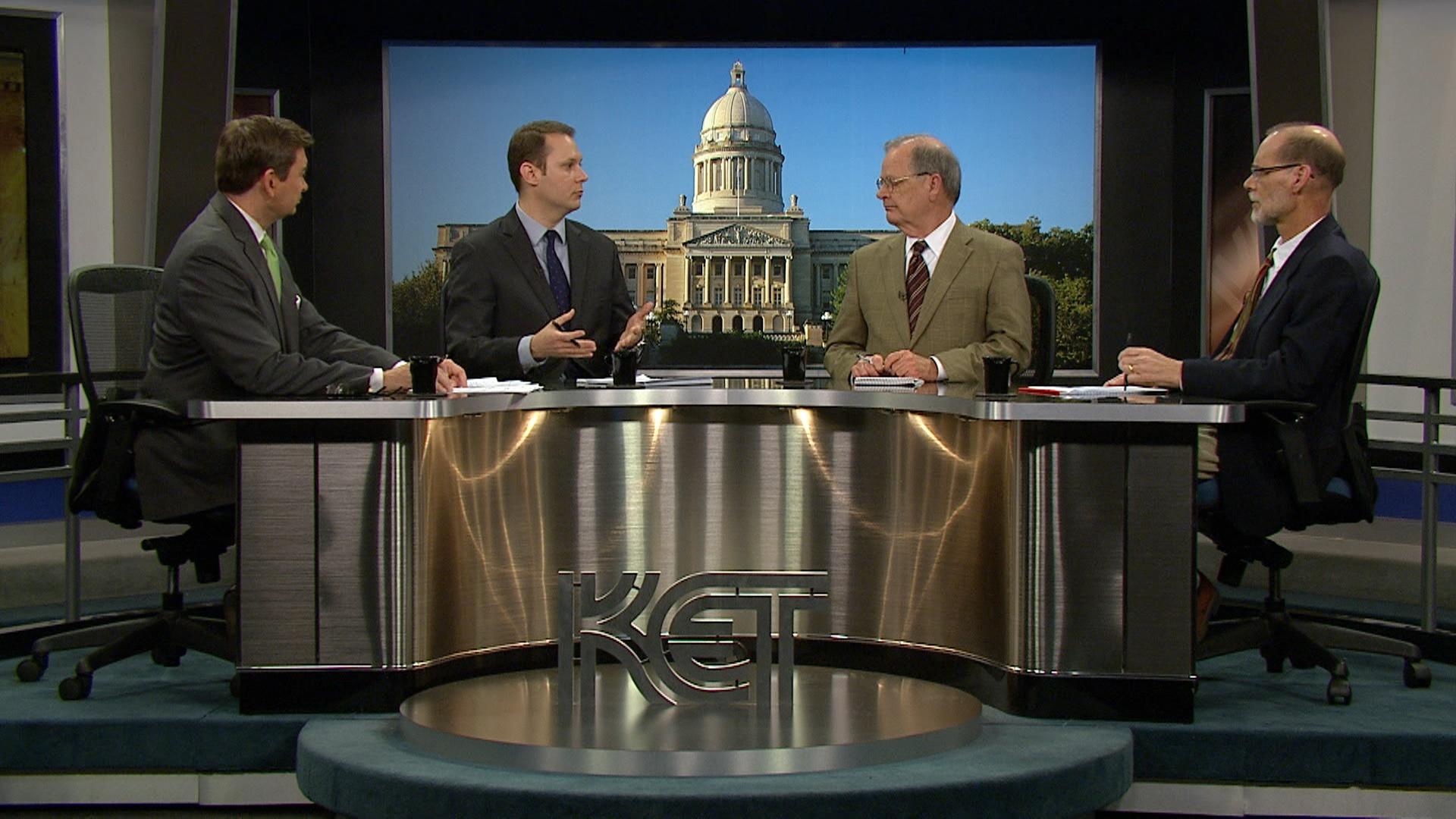