Host Bill Bryant and a panel of journalists from around the state discuss the week's news, including a compromise between House and Senate leadership on the state budget. Guests: Joseph Gerth of the Louisville Courier-Journal; Michael Gossum of WBKO-TV in Bowling Green; and John Stamper of the Lexington Herald-Leader.
S42 E24 Length 26:31 Premiere: 4.15.16

After a little more than three months of work and a final week of deadline drama, the 2016 Kentucky General Assembly session concluded Friday night with lawmakers approving a two-year, $21 billion spending plan for the commonwealth.

The journalists on Comment on Kentucky discussed the budget deal, what the agreement means for public education, and several vetoes issued by Gov. Matt Bevin.

Details on Budget Compromise
Budget conferees reach an agreement early Thursday morning, and by Friday afternoon details of the deal began to emerge. The budget puts more than $1 billion into the state’s teacher and public employee retirement plans, and it cuts 9 percent of funding for most state agencies.

The spending plan maintains support for K-12 education but slashes 4.5 percent from higher education. That represents a compromise between Senate Republicans and Gov. Bevin who wanted a 9 percent reduction in college and university funding, and House Democrats who wanted no decrease for higher education.

John Stamper of the Lexington Herald-Leader says the spending plan also transfers $125 million in surplus monies from the public employee health insurance trust fund to a new permanent fund that Bevin requested for future pension payments; creates a $100 million bond pool to fund one workforce development project in each of Kentucky’s six Congressional districts; provides about $34 million to the judicial branch to help avert a temporary shutdown of the state court system; includes no pay raises for state employees except for state police officers; and reduces state-conducted coal mine inspections from six to four per year.

Although negotiations went down to the wire, Joe Gerth of the Louisville Courier-Journal says lawmakers were going to reach an agreement because none of them wanted to end the session in an election year without a budget. Plus, he says Senate President Robert Stivers (R-Manchester) and House Speaker Greg Stumbo (D-Prestonsburg) always find a way to work together.

Impacts on Higher Education
On Tuesday of last week, Bevin said he would not call a special session if lawmakers failed to pass a budget. While the pledge likely didn’t motivate legislators charged with negotiating a deal, Gerth says Bevin’s statement probably did inspire state university presidents to agree to the 4.5 percent reduction in their state appropriations. Gerth says that the presidents feared financial calamity for their institutions if the state started the new fiscal year without a spending plan.

The budget exempts financially strapped Kentucky State University from the cuts, but that leaves the other institutions scrambling to adjust. Michael Gossum of WBKO-TV in Bowling Green says officials at Western Kentucky University plan to tap – and possibly deplete – the school’s reserve fund to compensate for the funding reduction.

It’s still uncertain whether Bevin’s 4.5 percent decrease in university funding for the remainder of the current fiscal year will stand. Kentucky Attorney General Andy Beshear has sued Bevin over the action, saying governors cannot change a previously passed budget unless there’s an emergency or a financial shortfall. A hearing on the matter is set for Thursday, April 21, and Gerth says a judgment in favor of Bevin could further tip the balance of power in the commonwealth to the executive branch.

The budget did include one bit of good news for Kentuckians seeking higher education. The General Assembly approved $25 million in tuition assistance for students pursing degrees at Kentucky’s community colleges and public and private universities. Gerth says the Work Ready scholarships will require students to maintain a 2.5 grade point average.

Governor Issues Vetoes
That tuition program could fall victim to the governor’s veto pen, though. John Stamper says the governor has argued there is no money available for new expenditures.

Bevin had already issued seven vetoes by the end of last week, some of them against GOP-backed legislation. Gerth says that puts the Republican on track to match the 10 vetoes Democratic Gov. Paul Patton handed down in 2000. Bevin’s vetoes include rejecting a tax credit for businesses that give their employees time off to donate bone marrow or organs. Bevin argued the proposal would cost too much, but Gerth says the credit was estimated to cost about $100,000 the first year and a minimal amount in future years.

The governor also vetoed legislation that would require elder-care facilities to educate their residents about the benefits of getting a flu vaccination. Gerth says Bevin labeled the measure an intrusion on private businesses. And Bevin rejected a plan to allow veterans to get civilian professional or occupational licenses for jobs they were trained to perform in the military. Gerth says the House overrode Bevin’s veto of that bill, but the Senate declined to revisit the measure.

Also, Stamper says the governor cut a package of tax breaks for a variety of interests that lawmakers included in the revenue bill. The governor said the state could not afford to lose any more revenue as it addresses the public pension debts. 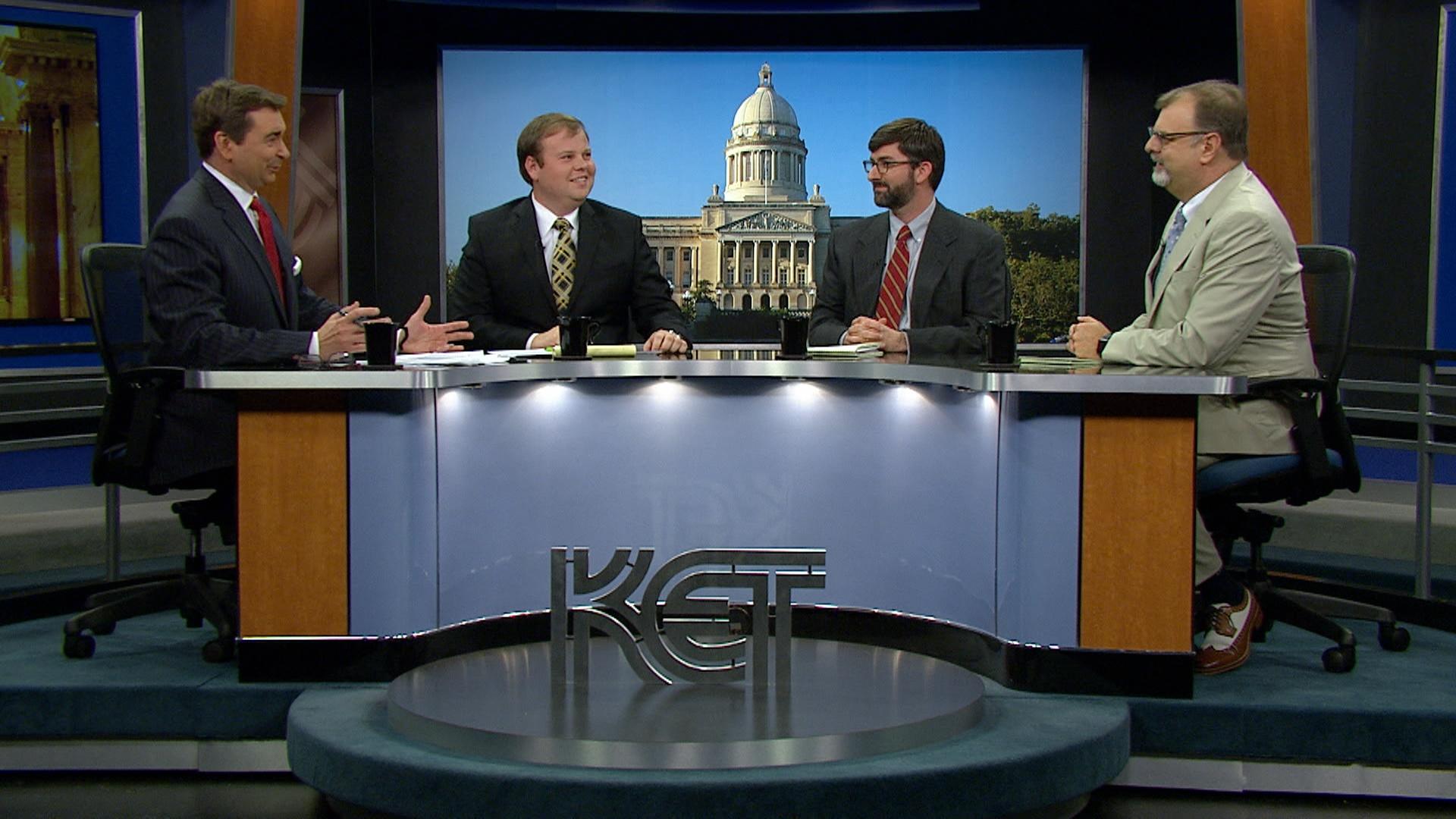