Journalists from around the state discuss news of the week with host Bill Bryant. Guests: Adam Beam from the Associated Press; Ronnie Ellis from CNHI News Service; and Deborah Yetter from the Louisville Courier-Journal.
S42 E25 Length 26:31 Premiere: 4.22.16

There was little rest for weary state capitol journalists hoping for a break after a long final week of the 2016 General Assembly session. The days that followed the April 15 adjournment were filled with charges of corruption, a guilty plea, a high-profile dismissal, and other bits of high political drama in Frankfort.

The panel on KET’s Comment on Kentucky discussed the growing feud between the previous and current gubernatorial administrations and more stories from the week’s news.

Bevin Launches Investigation
Last Tuesday, Gov. Matt Bevin announced plans to investigate acts of possible corruption and malfeasance he alleges occurred in the administration of former Gov. Steve Beshear. Adam Beam of the Associated Press says Bevin, who prefers to speak extemporaneously, took the unusual step of reading from a prepared text to outline the allegations.

Beam says Bevin charged that individuals in the Beshear administration may have coerced state employees to make political contributions to Democratic political candidates, including current Attorney General Andy Beshear, the son of Steve Beshear. Bevin also alleged that former Gov. Beshear may have inappropriately awarded a no-bid contract to a fraud detection firm that had ties to his administration.

Beam says stories of political donations being demanded from state employees have dogged Steve Beshear since his 2011 re-election campaign. And he says the news that Beshear gave a $3 million contract to the North Carolina-based SAS Institute during his final days in office has already been reported.

What was new, according to Beam, is that Bevin said he would hire a private law firm to investigate how Beshear awarded the SAS contract and other no-bid contracts, as well as the allegations of forced campaign contributions. (Bevin subsequently named a 21-year veteran of the U.S. Marshals Service to head the investigation under the auspices of the state Finance Cabinet.)

Steve Beshear released a statement calling the governor’s allegations a “pathetic spectacle” that have “no basis in truth.”

Ronnie Ellis of CNHI News Service says the investigation escalates the feud between the Republican Bevin and the Democratic Beshear family that has played out since last year’s election. Ellis says Bevin already may be trying to pre-empt a challenge from Andy Beshear in the 2019 governor’s race.

Former Beshear Aide Pleads Guilty
Part of Bevin’s allegations stem from a federal bribery charge against Tim Longmeyer, who was head of the state Personnel Cabinet under Steve Beshear, and then a deputy attorney general for a brief time under Andy Beshear.

Deborah Yetter of the Louisville Courier-Journal says Longmeyer pled guilty on Tuesday to charges that he received more than $200,000 in kickbacks from a Lexington marketing company to which he steered business. Longmeyer also donated money to Democratic candidates, including Andy Beshear’s bid for attorney general last year.

If convicted, Longmeyer could face up to 10 years in prison and up to $250,000 in fines, says Yetter. But Longmeyer’s sentence could be reduced if he cooperates with federal officials in the investigation. Longmeyer is scheduled to be sentenced in August.

Bevin called on Andy Beshear to return any questionable donations he received from Longmeyer or his associates.

Suit Challenges Bevin’s Higher Ed Funding Cut
The Bevin camp and Attorney General Beshear had yet another run-in last week when they met in Franklin Circuit Court to argue over the governor’s budgetary authority.

In late March, Bevin called for an immediate 4.5 percent cut to public university and community college funding for the remainder of the current fiscal year. Adam Beam says the reduction would’ve amounted to a $41 million loss for the institutions, including financially strapped Kentucky State University.

Democrats argued that Bevin doesn’t have the authority to change a previously enacted budget unless there’s a financial shortfall, so Beshear sued the governor to halt the cut.

Ahead of last week’s court date, Beam says Bevin announced that he would reduce the cut to 2 percent – or $17.8 million – and exempt KSU from any loss of money. He also pledged to set aside the remaining $18 million that would go to the colleges and universities. Beam says that reserve will ensure the funds aren’t spent for other purposes before Judge Thomas Wingate rules on the matter.

Bevin wants the suit dismissed. Ronnie Ellis says the governor also argues that the university presidents haven’t objected to the funding reduction. But Attorney General Beshear contends that the presidents are reluctant to publicly oppose Bevin’s plan. Deborah Yetter explains that the governor appoints board members for the institutions and wields significant sway over their state funding and state-approved contracts.

Battle Looms over Pension Board Chair
On Wednesday, Gov. Bevin issued an executive order to remove Thomas Elliott as chair of the Kentucky Retirement Systems’ board of trustees. Adam Beam says the governor was unhappy that the board opposed legislation to bring greater transparency to how KRS operates. He says Bevin wants a “fresh start” for the group that manages what is generally seen as the worst-funded public pension system in the nation.

But then Elliott defied the governor’s order and presided over the board’s regularly scheduled meeting on Thursday. Beam says Bevin’s replacement sat quietly in the audience during the proceedings.

The KRS board contends Bevin doesn’t have the authority to remove Elliott. Ronnie Ellis says his reading of the state statute addressing board appointments seems to indicate that Bevin can replace members of certain governing groups like the KRS board.

However, a different statute appears to say that man Bevin picked to succeed Elliott is not qualified to join the group. Ellis says the rule requires a KRS board member to have 10 years of experience in finance or investing, or in teaching college-level courses on those subjects. Bevin selected Madisonville dermatologist Bill Smith to replace Elliott. 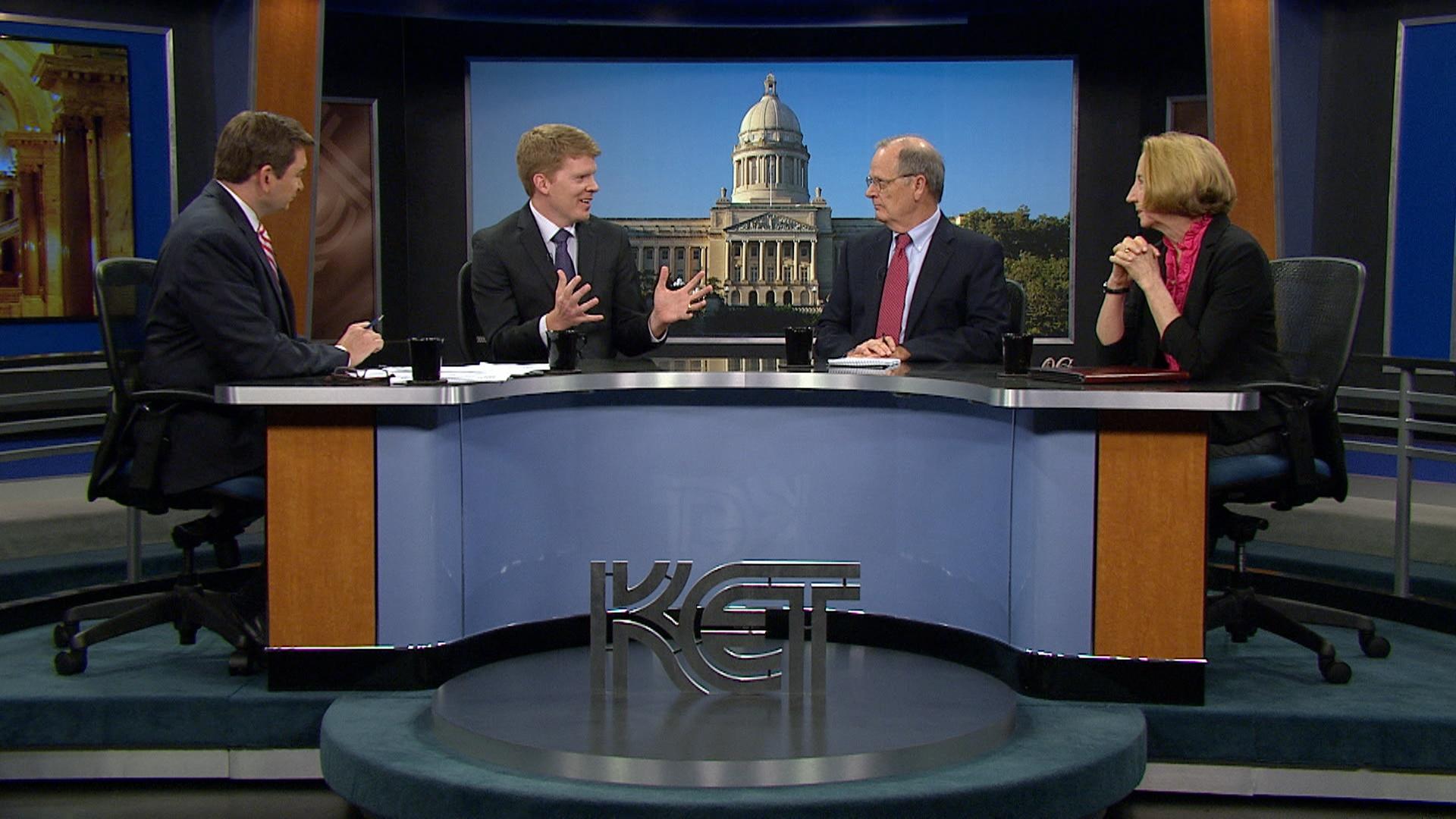