Senate Majority Leader Mitch McConnell employs the “nuclear option” to confirm Neil Gorsuch for the U. S. Supreme Court, while civic leaders in western Kentucky hope to explore their own nuclear options for energy generation and economic development in that region.

The journalists on KET’s Comment on Kentucky discussed those stories and other issues in the news last week.

McConnell and Gorsuch Confirmation
The swearing in this week of Neil Gorsuch to the Supreme Court will mark the culmination of a 14 months saga in which Sen. McConnell has played a significant role.

Daniel Desrochers of the Lexington Herald-Leader says that within hours of former Supreme Court Justice Antonin Scalia’s death in February 2016, Kentucky’s senior senator said then-President Barack Obama should not get to name a new justice. Instead, McConnell said, that selection should go to the winner of last November’s presidential election. Desrochers says that may have inspired more people to vote for Republican Donald Trump, who pledged to nominate a conservative justice to replace Scalia.

But the confirmation of federal appeals court Judge Gorsuch faced a filibuster by Senate Democrats. To end the filibuster, Desrochers says McConnell used the so-called “nuclear option” to change Senate rules and make confirmation contingent on a simple majority of senators, instead of the traditional three-fifths majority. Under the new rule, Gorsuch won confirmation on Friday by a 52-48 (mostly) party-line vote.

Desrochers says he would call Gorsuch McConnell’s nominee because the senator made it possible for the new president to name the judge in the first place – a move which may have helped Trump win the White House, according to Desrochers. Then McConnell embraced the nuclear option to ensure Gorsuch’s confirmation. Since the new justice is only 49 years old, he will likely have decades of influence with the court, says Desrochers.

Nuclear Power in the Commonwealth
Civic leaders around Paducah hope that legislation lifting a long-standing moratorium on nuclear power plants in the state will help boost western Kentucky’s economy. Matt Markgraf of WKMS-FM in Murray says Senate Bill 11 encountered some opposition from coal-area lawmakers, but it eventually passed last month with bipartisan support.

The region has a long history with nuclear energy. Markgraf says the Paducah Gaseous Diffusion Plant opened in 1952 to enrich uranium for use in nuclear weapons and power plants. He says the facility, which operated for six decades, helped drive the local economy and was a source of pride for those who worked at the plant during the Cold War era.

Although uranium enrichment ceased in 2013, Markgraf says the facility still employs more than 1,000 people, many of whom work at cleaning up contamination underneath the site. Officials hope SB 11 will allow the facility to be redeveloped and that new technology will enable depleted uranium to be re-enriched and used to generate electricity. Even though those prospects are still decades away, Markgraf says local leaders believe the site could be home to hundreds of new jobs in the future.

Health Issues
The new head of the federal Centers for Medicare and Medicaid Services (CMS) is recusing herself from that agency’s decision on Kentucky’s request to overhaul Medicaid in the state.

Deborah Yetter of the The Courier-Journal says Seema Verma will not participate because she helped draft the plan last year as a health policy consultant to Gov. Matt Bevin. The proposal includes initiating small premiums and copayments for services as well as requiring some beneficiaries to work, volunteer, or get job training. Yetter reports that CMS has rejected work requirements in the past, saying Medicaid is a health benefit, not a jobs program. But she says Bevin is optimistic that the Trump Administration will approve the plan.

A federal judge has issued a temporary order to allow a Louisville abortion provider to continue operating for now. Yetter says the Kentucky Cabinet for Health and Family Services sought to revoke the license of EMW Women’s Surgical Center because it said the clinic did not have the proper agreements with a nearby hospital to provide emergency care for patients. EMW, the state’s only remaining abortion provider, and the American Civil Liberties Union sued to block the move. Clinic officials contend they have filed paperwork documenting the required transfer agreements, according to Yetter. She says the case is expected to go to trial in September.

A new poll shows that 71 percent of Kentuckians support a statewide smoking ban. About two dozen communities already have limits on tobacco use in public places, but Yetter says health advocates want to extend a consistent ban across the commonwealth. She says the Foundation for a Healthy Kentucky, which cosponsored the survey, reports that smoking-related illness contribute to 8,900 deaths in the state each year and generate $1.9 billion in annual health care costs. Efforts to pass smoke-free legislation have stalled in the state legislature for several years.

State veterinary officials say there are no human health risks from an outbreak of avian flu recently detected at a Christian County poultry farm. Markgraf says the chickens showed no symptoms of the disease and that the strain of H7N9 virus was detected in a routine screening of birds before slaughter. Markgraf says the flock has been “depopulated” and that bio-security measures remain heightened to prevent any further occurrence of the virus in the region.

Road Fund Woes
A state official says he believes the Kentucky Transportation Cabinet (KYTC) is “set up for failure” as it faces dwindling funding for road projects. Markgraf reports that KYTC Chief of Staff Asa James Swan says there are $6.5 billion in state-funded projects listed in Kentucky’s current six-year road plan. But lawmakers have only appropriated $360 million for those projects, he says.

Markgraf says the state road fund is suffering because lower gas prices have meant less gas-tax revenues going into the fund. He says federal funding is secure for projects like building Interstate 69 in western Kentucky and constructing an Ohio River bridge at Henderson. Markgraf says the state will receive $700 million in federal funds for those projects, but Kentucky must put up a 20 percent match to guarantee those dollars.

KYTC is taking steps to protect the road fund dollars it does have. Markgraf says the cabinet has paused some projects until more revenues come in, and they want to employ new metrics to evaluate proposed projects to see which ones should get priority.

Meanwhile the FBI has subpoenaed KYTC for documents relating to paving and road construction contracts dating back to 2010. Desrochers says federal agents also raided the offices of ATS Construction in Lexington to secure similar documents.

Yetter says the actions are part of an anti-trust investigation. She says the state has a tradition of bid-rigging on road construction projects. According to Yetter, a similar investigation seven years ago led to the acquittal of paving contractor Leonard Lawson. Desrochers says ATS Construction is owned by Leonard Lawson’s son, Steve. 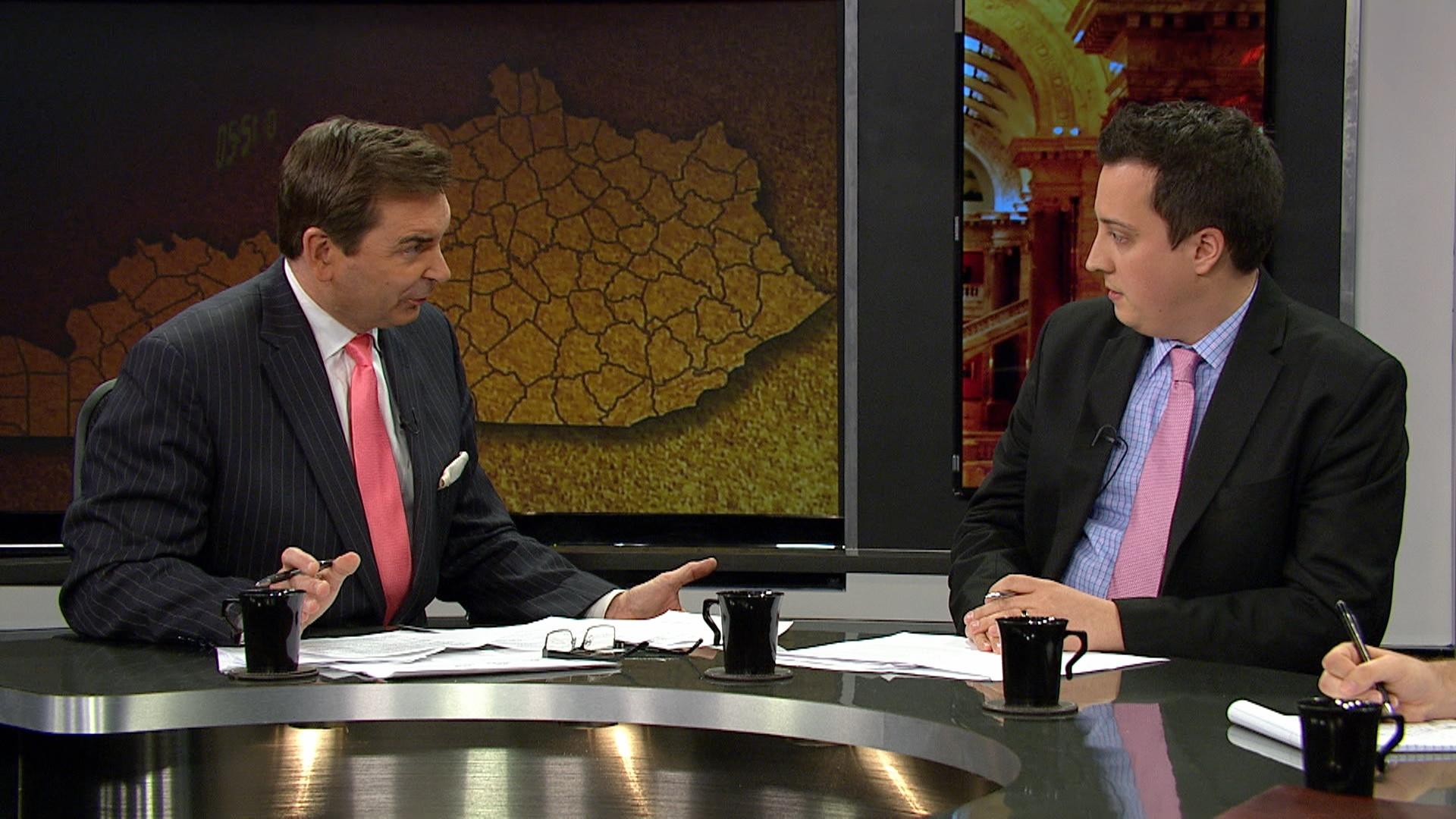