With a constitutional mandate to conclude their business this week, lawmakers have yet to reach a compromise on a new state spending plan. Though there appeared to be some progress on a key sticking point last Friday, negotiations broke down again late Sunday night.

The journalists on Comment on Kentucky discussed the latest twists in the budget talks, and other news from Frankfort last week.

Higher Education Funding at Issue
The path towards an agreement took an unexpected turn Friday afternoon when Gov. Matt Bevin and Senate President Robert Stivers (R-Manchester) released a letter from most state university presidents saying they would reluctantly accept budget cuts of 2 percent for the remainder of this fiscal year and 4.5 percent in the new biennium. Tom Loftus of The Courier-Journal in Louisville says the school officials agreed to reductions on the premise that more funding would be forthcoming in the future.

That represented some progress in the negotiations in which higher education funding had been the biggest impediment to an agreement. When budget talks broke down at the end of March, Republicans wanted 9 percent cuts to higher education, while Democrats wanted no cuts. Last Friday, Loftus says House Democrats agreed to a 2 percent reduction in money for the state’s colleges and universities for the next biennium, while Senate Republicans agreed to a 4.5 percent reduction. Republicans contend the cuts are needed to allow the state to pay down massive debts in the public employee and teacher retirement systems. Democrats argue the state can afford to fund higher education and make substantial pension payments.

Hours of talks Sunday afternoon and night still yielded no agreement. Lawmakers had hoped to complete the budget Sunday so it would be ready for a vote when the full House and Senate reconvene Tuesday. Loftus says Senate leadership wants the General Assembly to adjourn Tuesday night. But he says the constitution allows legislators to postpone adjournment as late as midnight on Friday, April 15, which could give lawmakers more time to hammer out a compromise without having to resort to a special session to complete a new spending plan.

Clash Over Education Funding, Philosophy
Republicans and Democrats continued to debate Gov. Bevin’s authority to slash university budgets by 4.5 percent for the remainder of this fiscal year. The governor ordered the immediate reduction on March 31. Loftus says Bevin and Senate Republicans believe budget language allows a governor to enact such a cut.

On the other side, House Speaker Greg Stumbo (D-Prestonsburg) and Kentucky Attorney General Andy Beshear say the governor can’t change a previously approved budget without a shortfall or state emergency. Beshear says his office will file suit today against Bevin to stop the cuts. Nick Storm of cn|2 says the issue could lead to a legal battle over the separation of powers in the commonwealth to determine exactly how much power a governor can wield over the legislature on spending and other matters.

The higher education debate got an additional wrinkle last week when Lt. Gov. Jenean Hampton told the student newspaper at Eastern Kentucky University that education is privilege, not a right. Beth Musgrave of the Lexington Herald-Leader reports that Hampton said that working people shouldn’t have to pay part of their earnings to put students through college. Musgrave says that represents a very different philosophy from the plan House Democrats have proposed to make community college tuition free for qualifying students.

Nick Storm says the pension plan managers are reluctant to disclose information about their investment strategies because they fear other pension funds will copy them, which could negatively impact the projected returns. For their part, legislators want to know more about how the funds are invested and the fees involved to ensure that state dollars are being properly managed.

Storm says the unfunded liabilities in the pension systems not only affect the state budget, but impact the state’s credit rating and ability to bond large-scale projects.

Attorney Faces Fraud Charges
A federal grand jury indicted a lawyer from eastern Kentucky on charges he allegedly conspired to secure disability benefits for individuals who may not qualify for them. Storm says attorney Eric C. Conn faces some 18 charges related to defrauding Social Security of more than $600 million. Storm says each of the charges carries the potential of up to 20 years of jail time. He adds that Conn was deemed a flight risk and is being held without bail.

About 1,500 of Conn’s clients will have to go before a judge to prove they deserve disability benefits, according to Storm. Their benefit payments were suspended last summer, but then temporarily reinstated at the urging of U.S. Rep. Hal Rogers (R-5th District) while the investigation against Conn continued. 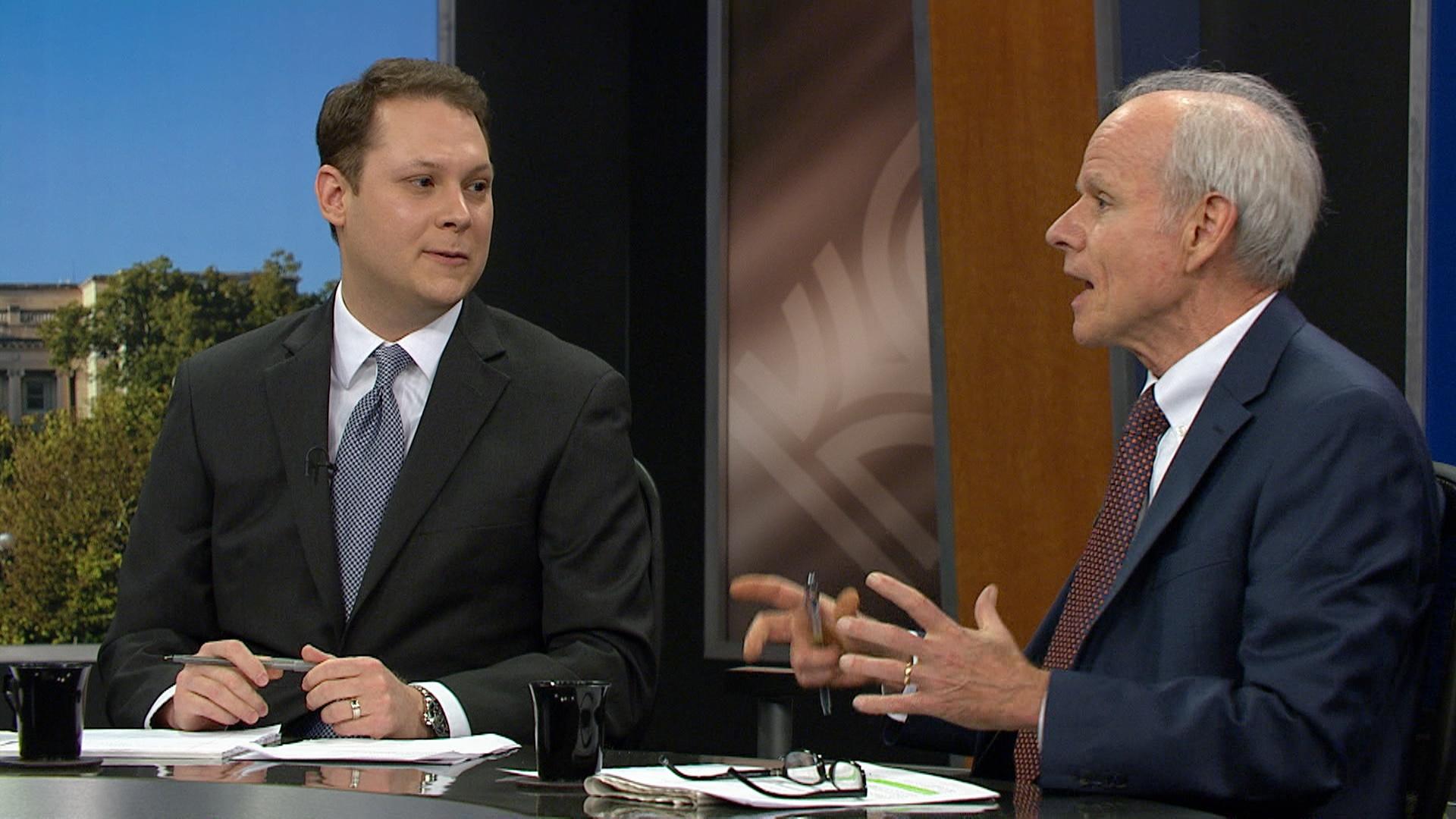