Bill Bryant and a panel of journalists discuss an optimistic projection for the state budget, a third candidate for the governor's race, and the search for a new education commissioner. Guests: Ryland Barton of Kentucky Public Radio, Toni Konz of WDRB-TV in Louisville, and Nick Storm of cn|2.
S41 E41 Length 26:31 Premiere: 8.13.15

First came the news that the state ended the last fiscal year with a $165 million budget surplus. Now Frankfort has cause for more optimism with the report that the current fiscal year, which started July 1, may conclude with an excess of $219 million.

The journalists on this weekend’s Comment on Kentucky reviewed how the rosy projection will fare under the harsh financial realities the commonwealth faces in the next budget biennium. They also discussed a new entrant in the governor’s race and a variety of education issues.

The projected surplus derives from one review the Consensus Forecasting Group is doing of Kentucky’s finances. Nick Storm of cn|2 says the estimates will help lawmakers develop a new biennial budget for the commonwealth when they convene in January. As nice as it is to have a surplus, Storm says a few hundred million won’t resolve the enormous budget issues the state faces with unfunded pension liabilities and expenses related to expanded Medicaid rolls.

The commonwealth has retired one bit of debt seven years ahead of schedule. Ryland Barton of Kentucky Public Radio says the state has fully repaid a $972 million loan from the federal government that was needed to shore up the unemployment insurance trust fund. The money was used to pay a record number of unemployment benefit claims during the recession. Barton says closing the debt so early will save employers in the commonwealth about $165 million in federal unemployment taxes.

Updates in the Governor’s Race
The Kentucky gubernatorial contest got a new candidate when independent Drew Curtis filed his paperwork with the Secretary of State’s Office last week. Nick Storm says the Lexington-based web entrepreneur supplied more than the required 5,000 signatures to get his name on the fall ballot.

As more people become familiar with Curtis’ campaign, Storm says he’ll be interested to see if the independent draws support away from Republican candidate Matt Bevin or Democrat Jack Conway, or if Curtis develops an entirely new base of voters. A Bluegrass Poll released two weeks ago had Curtis scoring 8 percent, compared to 43 percent for Conway and 38 percent for Bevin.

The Republican reiterated his view that county clerks in the state shouldn’t be forced to issue marriage licenses if they have religious objections to same-sex unions. Last week a federal judge ruled that Rowan County Clerk Kim Davis must fulfill the duties of her office and issue marriage licenses. (Davis is appealing the ruling, and has requested a stay on the order to issue licenses.) Storm says Bevin believes the government shouldn’t be in the “marriage business.” Short of that, he says Bevin prefers an online application process for marriage licenses.

Meanwhile Conway will again sue the federal government over proposed greenhouse gas regulations. The Democrat, who is the state attorney general, joined a number of other states in suing to stop implementation of an Environmental Protection Agency plan to reduce emissions from coal-burning power plants. Storm says Conway wants to insulate himself from being too closely aligned with President Obama. But he adds that Conway risks losing support among some urban Democrats who favor environmental protection.

Education Issues
Interviews are underway in the search for a new Kentucky commissioner of education. Toni Konz of WDRB-TV in Louisville says a dozen candidates were interviewed over the weekend, and more candidates could still be added to that list. She doesn’t know if any of the interviewees will be publicly identified at this point in the search process. Current Commissioner Terry Holliday is set to retire on Aug. 31.

In the Jefferson County Public Schools, Konz says officials are revamping the grading scale to ensure that students have a level playing field when competing for Kentucky Educational Excellence Scholarships. She says the issue is that JCPS has considered a score of 92 or higher to be an A grade, whereas neighboring Oldham County uses a score of 90 or higher. Since students are being scored differently, the grade point average they receive could impact the amount of KEES money they receive.

Konz also says that JCPS and other districts are grappling with how to find youth who have dropped out of school and get them back into the classroom. A new law says that 16- and 17-year old dropouts who don’t have a GED must return to school this fall. But Konz says many districts don’t have the staff to devote to tracking down these children.

Finally some educators are concerned about the dramatic drop in the number of students gaining their general education diploma. Ryland Barton says almost 9,000 Kentuckians earned their GEDs in 2013, but that number has dropped to about 1,600 this year. He says adult education specialists are blaming a tougher GED test that’s designed to match Common Core standards. They also contend some students aren’t comfortable taking the new test on a computer. 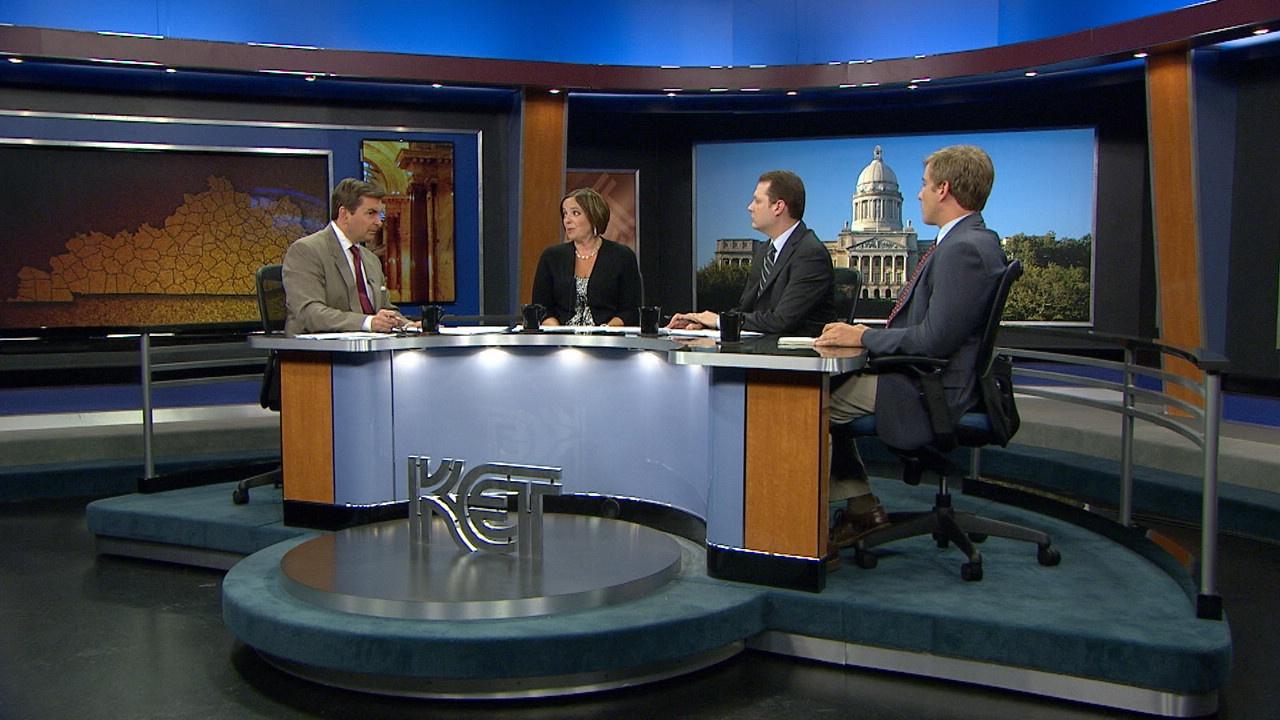