Even though the next primary election in the commonwealth is still nine months away, one Congressional race is already heating up.

The journalists on KET’s Comment on Kentucky discussed the newest challenger for incumbent U.S. Rep. Andy Barr-R. They also explored another favorable ruling for Gov. Matt Bevin, state economic news, and an investigation of gun violence among children.

McGrath is a Kenton County native who now lives in Georgetown. Cheves says she launched her campaign with a YouTube video that was viewed more than a million times in the first 72 hours. It’s also generated nearly $350,000 in donations for her campaign, Cheves says.

The political newcomer will face state Sen. Reggie Thomas (D-Lexington) in the Democratic primary next May. Cheves says Thomas would appear to have the advantage since he’s lived in Lexington since he was a teenager, he has campaign experience, and he’s served in the legislature for four years. McGrath lived out of state for 20 years, but Cheves says most people would forgive that since she was serving in the military.

Barr already holds a substantial fundraising advantage with more than $1 million on hand. Cheves says Democrats tend to underestimate the Republican. He describes the third-term Congressman as a formidable candidate who unseated incumbent Democrat Ben Chandler in 2012, and then easily knocked off his Democratic challengers in 2014 and 2016. Other Democrats believed to be considering a run in 2018 include Lexington Mayor Jim Gray and former state Rep. Leslie Combs.

If McGrath is able to continue her initial fundraising success, she could build a campaign war chest to rival Barr’s, according to Cheves. He says whoever wins the Democratic primary will face an uphill battle against the congressman.

Bevin Wins Property Valuation Appeal
Jefferson County Board of Assessment Appeals has lowered the appraised value of a mansion owned by Gov. Matt Bevin. Lawrence Smith of WDRB-TV in Louisville says the board put the value on Bevin’s home and surrounding property in eastern Louisville at $2.15 million, down from the original valuation of $2.9 million.

Bevin appealed the property’s value after questions arose about his purchase of the home from a political donor for $1.6 million. Smith says Bevin was critical of media coverage of the matter. On the day the appeals board inspected the home, WDRB flew a drone over the property. Smith says the station is authorized by the FAA to fly drones, and the video the station recorded did not include any people. Bevin had alleged that the drone captured video of his children, which Smith says was not the case.

In July the Executive Branch Ethics Commission ruled that Bevin’s purchase of the home from investment manager Neil Ramsey did not violate state ethics codes. Ramsey contributed to Bevin’s campaign for governor, then Bevin named Ramsey to the Kentucky Retirement System’s Board of Trustees. Even if the governor received a significant discount on the purchase, the ethics commission said it’s not improper for an elected official to conduct business with a donor.

Now the governor faces a new challenge over his social media feeds. Cheves says the American Civil Liberties Union of Kentucky is suing Bevin on behalf of two Kentuckians who say they were blocked from the governor’s official Twitter and Facebook accounts. Bevin encourages people to avoid traditional media coverage of his administration and use his social media feeds instead.

But the ACLU alleges that the governor has blocked more than 600 people from those accounts, according to Cheves. Bevin says he only bans spammers and people who use inappropriate language. But Cheves says that some people contend they were blocked merely for disagreeing with and criticizing the governor’s policies.

The ACLU argues the blocks are a First Amendment violation since it prevents people from freely engaging in political speech in a public forum, says Cheves.

Other Legal Matters
An investigation by the Lexington Herald-Leader indicates that few adults face indictment after leaving loaded guns accessible to children who then injure or kill themselves or others in accidental shootings. In a review of 36 cases over the last five years, Cheves says parents of these children are almost never prosecuted. When the gun owner is an adult who is not related to the child shooter, that person is also unlikely to face charges and if they do, they are unlikely to receive prison time.

Cheves says police and prosecutors don’t pursue tough sentences in these incidents because they contend that the parents have usually suffered enough. He says such shootings are easily prevented by keeping guns locked in safes or by installing trigger locks on weapons.

Fayette Circuit Judge Ernesto Scorsone has ruled that a murder suspect who was 18-years old at the time of his crime cannot be given the death penalty. Cheves says Scorsone cited medical research that indicates the brain is still developing between the ages of 18 and 21, so he contends it’s unconstitutional to apply capital punishment to defendants who are that young. Cheves says this is an emerging area of criminal law and the matter could wind up before the U.S. Supreme Court.

A judge has dismissed charges against state Rep. C. Wesley Morgan (R-Richmond) for illegally transporting alcoholic beverages among liquor stores he owns. Cheves says a bootlegging-era law requires a transporters license to move liquor. He says the judge ruled that the outdated law is unevenly enforced and no longer makes sense.

A private detective in Pike County faces five felony charges that he interfered with voting during last year’s elections. Cheves says Sen. Ray Jones (D-Pikeville) hired Keith Justice in 2016 to investigate missing campaign signs and monitor voting on primary election day. But Justice allegedly questioned and physically intimidated voters and poll workers at a precinct in Phelps. Jones, who is Minority Floor Leader in the state Senate, said he had no knowledge of Justice’s illegal behavior, according to Cheves.

Economic News
The key takeaway from last week’s Saving Our Appalachian Region (SOAR) summit in Pikeville is that the region needs 30,000 new jobs to lift eastern Kentucky out of poverty. Cheves says the SOAR initiative is making small but steady progress in helping to diversify the region’s economy beyond coal with projects ranging from job retraining to tourism development.

Some Kentucky industries fear that Trump Administration threats to increase tariffs on imported steel and aluminum could hurt their businesses. Schimmel says the auto industry uses a lot of those metals produced in other countries, so higher prices could have a significant impact on that sector of the state’s economy. If a trade war results from higher steel tariffs, Kentucky bourbon distillers fear those countries would retaliate by levying higher tariffs on exports of their alcoholic beverages, says Schimmel. 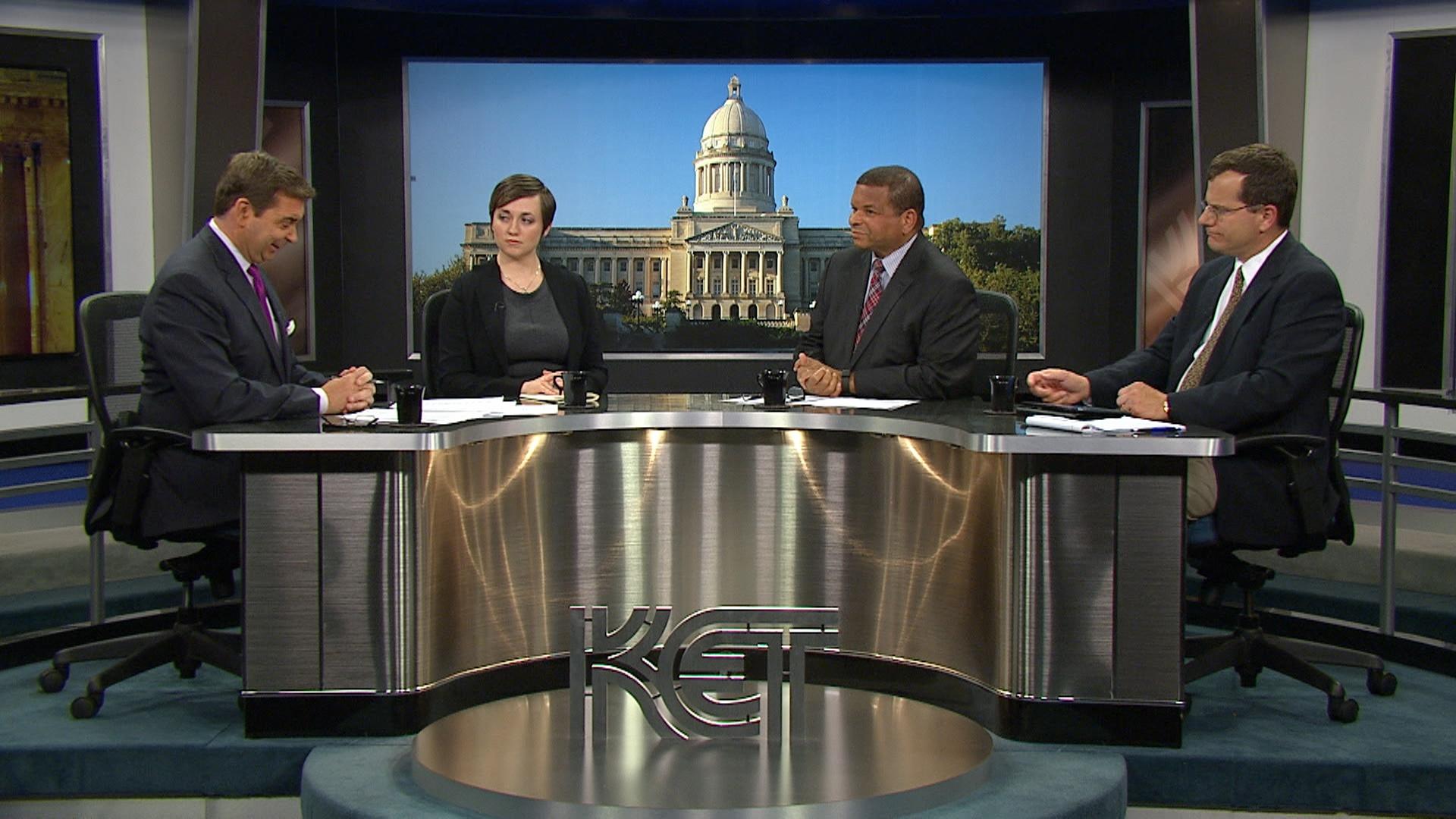