A few rain showers and even some thunder and lightning couldn’t deter the Comment on Kentucky journalists from their traditional live broadcast from the Fancy Farm picnic grounds. Here are five takeways from their preview of the annual political rally, and a few additional items from the week’s news.

1. The Senate Race Kicks Off
The headline race at Fancy Farm this year is the contest between U.S. Sen. Rand Paul, a Republican seeking his second term in Washington, and the Democratic challenger, Lexington Mayor Jim Gray. For Paul, today’s speech is a chance to reconnect with his constituents after spending much of the past year pursuing his failed presidential bid. For Gray, Fancy Farm is an opportunity to introduce himself to Kentuckians beyond the Bluegrass Region.

Nick Storm of cn|2 says Paul will likely try to nationalize the race and devote more of his time to criticizing Democratic presidential nominee Hillary Clinton than Gray. He says Gray will want to position the Republican as more focused on his presidential ambitions and say that representing Kentucky in the Senate is a consolation prize for Paul.

The senator has spoken at Fancy Farm but Gray has never faced the raucous and partisan crowd. Ronnie Ellis of CNHI News Service says Gray is remarkably relaxed about his debut at the speaker’s pavilion. Ellis says the Democrat has good contacts around the state despite being primarily associated with Lexington. Gray is a native of Glasgow, and his family’s construction company has built 500 projects in 50 Kentucky counties, according to Ellis.

2. Don’t Be Surprised to Hear About Coal
A report issued this week by the state Energy and Environment Cabinet shows that coal now employs less than 6,500 people in the commonwealth. That’s the fewest number of Kentuckians working in the industry since 1898.

Ellis says there is a future for coal but it won’t be the economic driver that it once was for eastern Kentucky, regardless of who is president. He says alternative fuels are becoming cheaper and more readily available, and power plants that have converted to natural gas won’t go back to coal. Joseph Gerth of The Courier-Journal adds that Appalachian coal is 11 to 13 times more expensive to mine than coal reserves in Wyoming.

3. Good Cop, Bad Cop
Gerth says to watch for how Senators Paul and Mitch McConnell approach their speeches. Gerth says when two Republicans occupy those seats, the senator seeking office that year tends to focus his remarks on policy issues.

That frees the off-year senator to go on the attack, according to Gerth. So he expects McConnell to spend most of his time assailing Secretary Clinton and Mayor Gray.

4. Where Did All the Democrats Go?
More than twice as many Republicans as Democrats will speak today at Fancy Farm. Storm says that’s partially due to the poor showing Democrats had last year in races for the statewide constitutional offices. Plus the two Democrats who won in 2015, Attorney General Andy Beshear and Secretary of State Alison Lundergan Grimes, declined to appear at the picnic this year.

Ellis contends that’s a tactical error on the part of Democrats. He says that will leave Jim Gray vulnerable to attacks from all the Republicans on the platform.

Gerth says it doesn’t matter who appears because the next time any of those officials come up for election, nobody will remember whether they attended Fancy Farm 2016.

5. The Battle of the Surrogates
Representatives from the presidential campaigns are also on the speaking schedule. Former Sen. Kay Hagan of North Carolina will speak for Secretary Clinton; James Wallace, national director of the Gary Johnson campaign, will speak on behalf of the Libertarian; and Kentucky state Sen. Ralph Alvarado will stump for Republican presidential nominee Donald Trump.

Storm says Alvarado is fresh off his appearance at the Republican National Convention in Cleveland. He says he expects the physician and first-term senator from Winchester to focus on positive aspects of the Trump candidacy.

Ellis predicts Hagan will question Trump’s fitness for office and call out his recent remarks about the parents of Army Capt. Humayun Khan, a Muslim-American soldier killed in the Iraq War.

Gerth says both Hagan and Alvarado will appeal to middle-class voters who are concerned about their financial security by saying their candidate is best suited to improve the nation’s economy.

Louisiville-based RunSwitch PR and Harper Polling released a survey this week showing Trump with a 13-point lead in the commonwealth. Gerth says that didn’t come as a surprise to most pundits. Ellis says Trump may prove to be a drag on down-ticket Republicans in some states, but he says the New York businessman may actually help GOP candidates running in Kentucky.

Other Items in the News
The Bevin Administration has delayed making its application to federal officials to overhaul the state’s Medicaid program. Ellis says public comment on the governor’s plan, which includes implementing premiums and work requirements for Medicaid members, was overwhelmingly negative. Plus he says there have been indications that the Centers for Medicaid and Medicare Services may not look favorably on Bevin’s proposal.

The commonwealth finished fiscal year 2016 with a nearly $53 million surplus, and now leaders in Frankfort are debating what to do with the money. Gerth says the governor wants to split the excess between the state’s Budget Reserve Trust Fund and the newly created permanent fund to address public pension debts. He says House Democrats think all of the money should go into the budget reserve, also known as the Rain Day Fund.

And Bevin awarded a $500,000 contract to an Indianapolis law firm to investigate alleged corruption in the administration of former Gov. Steve Beshear. Ellis says he understands why Bevin, a Republican, wouldn’t give the investigation to Attorney General Andy Beshear, a Democrat who is Steve’s Beshear son. But Ellis speculates why the governor didn’t ask the Kentucky State Police or Auditor Mike Harmon to oversee the probe. Gerth says one explanation might be that the neither auditors nor state police like to conduct “fishing expeditions.” 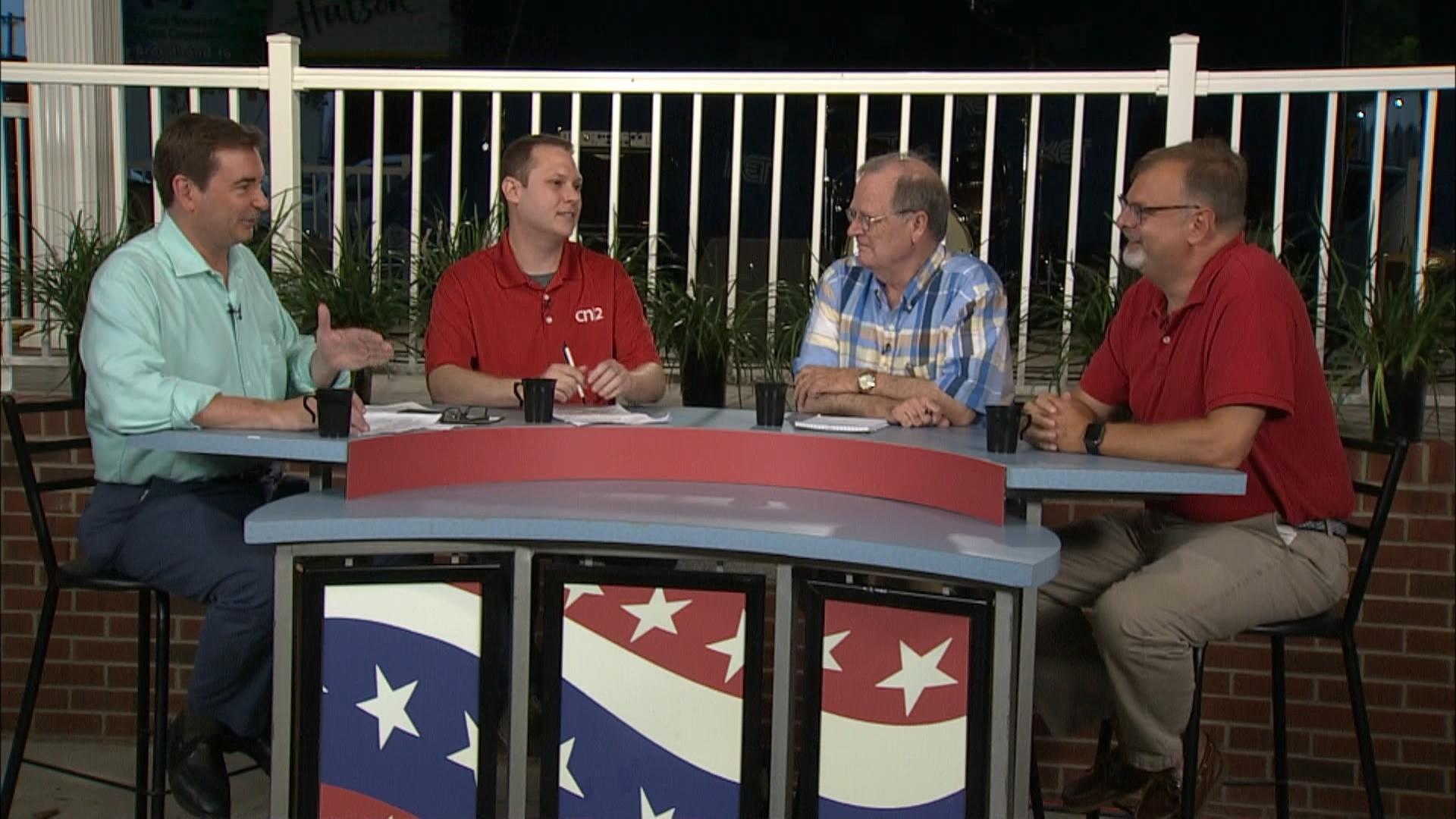