In his inaugural remarks last Tuesday, Gov. Matt Bevin asked Kentuckians to stand united and be ready to sacrifice for the greater good of the commonwealth, and then he outlined several policy priorities for his new administration.

The journalists on Comment on Kentucky discussed Bevin’s speech and the latest rounds of appointments to his cabinet as well as other stories from the week’s news.

Priorities for the New Administration
Lawrence Smith of WDRB-TV in Louisville described Bevin’s address as a no-nonsense, get-to-the-point speech that laid out his agenda for the state retirement systems, health care, and education. He says Bevin pledged to audit each of the public pension plans but did not indicate what further action he might take to address the underfunding.

Officials with the Kentucky Teachers’ Retirement System reported last week that the unfunded liabilities in that plan have increased by almost $3 billion in the last year, and now total some $24 billion. Joe Gerth of the Louisville Courier-Journal says Bevin’s only options for funding the system are to cut spending in other areas or to raise revenues.

Gerth says Bevin didn’t have a prepared text for his speech, yet the new governor spoke for more than 30 minutes to the crowd assembled on the capitol steps. He says Bevin also promised to simplify the state’s tax codes and to eliminate inventory and inheritance taxes in the commonwealth.

On health care, Bevin reiterated his call to eliminate Kynect and move the insurance enrollment process to the federal exchange. He also said he would revamp the state’s Medicaid expansion by looking to the Indiana Medicaid program as a model. On education, the governor called for school choice and legislation to allow public charter schools.

But the bombshell of the week came when Bevin named Democratic state Rep. John Tilley as the new secretary of the Justice and Public Safety Cabinet. Lawrence Smith says Tilley is well respected as the chair of the House Judiciary Committee, where he helped push heroin and dating violence legislation through the last General Assembly session. Tilley’s appointment leaves a vacancy in a House district in parts of Christian and Trigg Counties that Smith says has been trending Republican.

Joe Gerth says House Speaker Greg Stumbo (D-Prestonsburg) responded to the announcement by saying that Tilley had been “bought” by the Bevin Administration. Gerth says Stumbo later accused House Minority Floor Leader Jeff Hoover (R-Jamestown) of offering a job to another House Democrat. Gerth says Hoover denied that allegation and said Stumbo should apologize to Tilley and other legislators for his remarks.

If the GOP can claim Tilley’s seat in the special election to fill that vacancy, Democrats would be down to a 52-48 majority in the state House. Special elections are also pending to fill the seats of Rep. Mike Harmon (R-Danville), who was elected auditor, and Rep. Ryan Quarles (R-Georgetown), who is the new agriculture commissioner. Gerth says he doesn’t expect those contests to be held until late February or early March.

Beshear’s Parting Actions
As he left office last Monday night, former Gov. Steve Beshear issued some 200 pardons to individuals convicted of a variety of crimes. Joe Gerth says the list included 10 women who were victims of domestic violence and had been charged with retaliating against their abusers.

Gerth says Beshear drew some criticism for pardoning a Louisville man who shot a 12-year-old boy who rang his doorbell. Michael Bishop was sentenced to prison in 2012 and was later given shock probation before receiving the pardon. Beshear received more than 3,000 requests for pardons during his eight years in office.

Gerth says the Bevin Administration criticized Beshear for giving his wife an appointment during his final days in office. Jane Beshear will serve as an unpaid member of the Kentucky Horse Park Commission.

Rand Paul’s Two Campaigns
Sen. Rand Paul will possibly miss the main-stage debate when the Republican presidential candidates convene in Las Vegas Tuesday night. Depending on the poll measured, Paul’s support averages around 2.5 percent, according to Michael Gossum of WBKO-TV in Bowling Green. The threshold for Tuesday’s debate requires candidates to poll at 3.5 percent nationally or at 4 percent in Iowa or New Hampshire polls.

Gossum says Paul gave his best performance in the Fox Business Network debate in November, but he says the Republican hasn’t sustained any momentum for his candidacy since then.

Democrats are still searching for a candidate to challenge Paul for his U.S. Senate seat. Louisville Mayor Greg Fischer, Lexington Mayor Jim Gray, Kentucky Department of Veterans Affairs Commissioner Heather French Henry, and actress Ashley Judd have been mentioned as possible contenders. Joe Gerth reports that Fischer says he’s happy in his current job, and that Henry, who has two teenage daughters, wants to be reappointed to her current post.

Outgoing state Auditor Adam Edelen had been considered as the leading Democrat for the Senate contest until he lost his reelection bid last month. Edelen said he would return to the private sector rather than run for office in 2016, but Gerth says a political action committee associated with the Kentucky Education Association wants Edelen to challenge Paul despite his recent loss.

Gerth says whoever wins the Democratic nomination in that race will face a steep fundraising challenge given the pall hanging over the state party after its recent electoral losses. 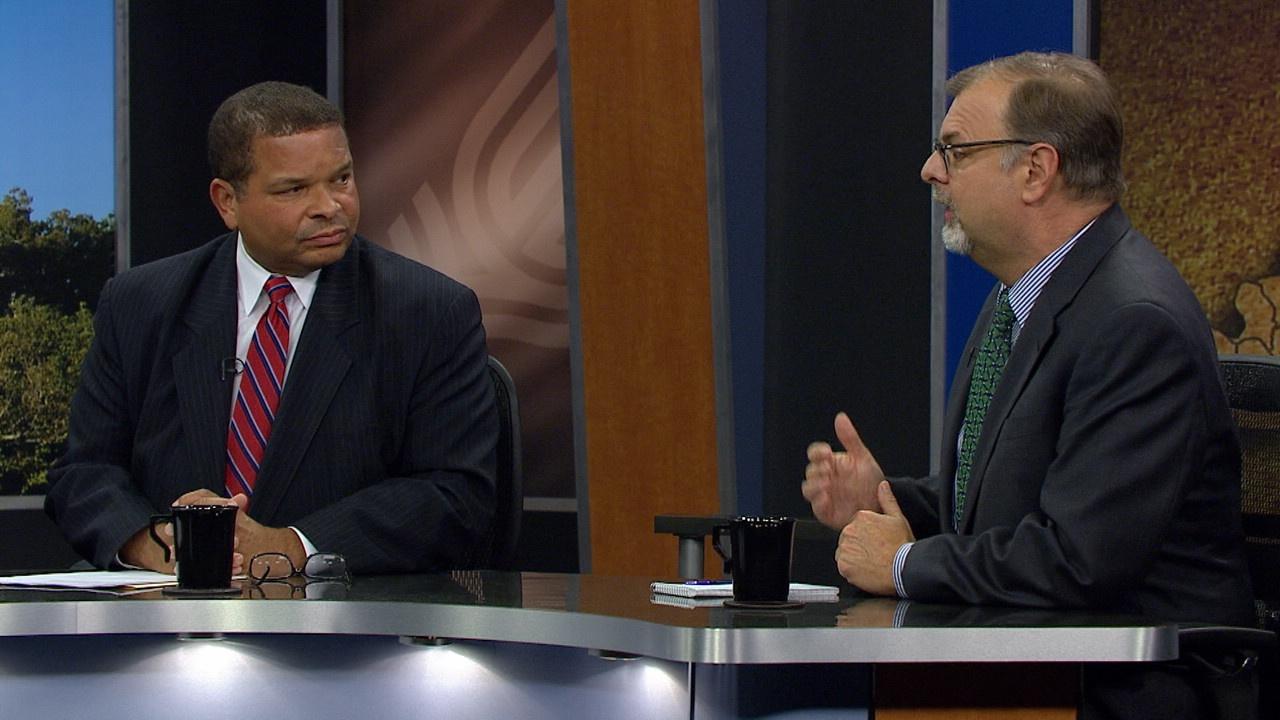