Electors meet to cast their ballots for president, the Trump administration prepares to tackle health care and energy issues, and the University of Louisville continues to struggle with leadership troubles.

The journalists on KET’s Comment on Kentucky discussed these stories and state health issues in the news.

Electors Expected to Remain Loyal
Kentucky’s eight electors will gather in Frankfort today to cast their ballots for president. Joe Gerth of The Courier-Journal says the group is comprised of long-time Republican Party of Kentucky activists who are being rewarded for their service to the GOP. Among the electors this year are Mike Duncan, an eastern Kentucky banker and former Republican National Committee chair, and Dave Disponett of Lawrenceburg.

Gerth says GOP officials describe their electors as the most faithful members of the state party, so it’s highly unlikely that any of them would not vote for President-elect Donald Trump. But Adam Beam of the Associated Press says Kentucky does not bind its electors so they can vote however they like despite the state going for Trump in the November election. Beam says elector Jim Skaggs of Bowling Green claims to have received thousands of e-mails encouraging him to vote for someone else. Gerth says Skaggs is not a Trump fan, but feels that it’s his duty to vote for the Republican today.

The New York real estate mogul carried 118 of Kentucky’s 120 counties and defeated Democrat Hillary Clinton by more than 574,000 votes in the state.

Preparing for the New Administration
The journalists expect a sizable contingent of Kentuckians to attend the presidential inauguration on Jan. 20. Gerth says the group will be led by Gov. Matt Bevin, who is friends with Vice President-elect Mike Pence.

A top priority for congressional Republicans and the new president is to repeal the Affordable Care Act. Beam says that may be easier said than done since the health care law is so complex. Gerth says lawmakers could vote immediately to end Obamacare but structure the repeal so that it unfolds over a two or three year period. He says that would allow Republicans to go into the 2018 midterm elections saying they fulfilled their promise to repeal the law while giving themselves more time to figure out a replacement for the ACA.

The future for the state’s coal industry may have gotten cloudier with two new cabinet selections. President-elect Trump tapped former Texas Gov. Rick Perry to head the U.S. Department of Energy, and Oklahoma Attorney General Scott Pruitt to lead the Environmental Protection Agency. Gerth says Perry has ties to oil producers and Pruitt to the natural gas industry, which could push coal even farther out of the energy picture.

Republicans have back-pedaled on their long-standing pledges to revive the coal industry, according to Gerth. Just days after the election, U.S. Sen. Mitch McConnell said it was up to mining companies, not the government, to bring back coal jobs.

More Woes for the University of Louisville
Kentucky Auditor Mike Harmon last week released his agency’s review of the troubled University of Louisville Foundation. James Ramsey previously served as president of both U of L and the separate foundation, which the audit said could lead to conflicts of interest. Beam says the report also criticized Ramsey for approving university loans to the foundation without knowledge of school trustees, for making hires that violated foundation bylaws, and other issues.

Ramsey resigned from U of L in July and from the foundation in September.
He responded to the audit by saying that under his leadership the university remained academically strong despite more than $300 million in state budget cuts.

Beam says the audit did not offer any specific remedial actions other than to improve accountability within the foundation.

U of L’s interim president Neville Pinto will be the new president at the University of Cincinnati. Gerth says Pinto had been in Louisville for about five years and has drawn praise for his leadership of the school since Ramsey’s resignation. Gerth says Pinto’s departure adds to an ongoing management crisis at the school. He says interim appointees hold several top leadership positions. U of L’s Board of Trustees also has several vacancies and is awaiting the results of a court case challenging efforts by Gov. Bevin to restructure it. And the Southern Association of Colleges and Schools recently put U of L on probation, which could threaten its academic accreditation.

Finally the school’s Athletic Director Tom Jurich admitted that a U of L football coach did receive game play information from a Wake Forest University radio analyst. Gerth says fans and Atlantic Coast Conference officials criticized Jurich for previously downplaying the incident that occurred before a November match between the two schools. Jurich said U of L’s staff should not have accepted the information and should have alerted Wake Forest about the leak. Gerth says U of L suspended offensive coordinator Lonnie Galloway for his role in the matter.

Health Stories
Beam says a federal agency has reported 60 new cases of the severest form of Black Lung among Kentucky coal miners. He says a subsequent National Public Radio investigation of health clinics across Appalachia found nearly 1,000 additional cases of progressive massive fibrosis that had not been reported to federal officials. Beam says the spike in the deadly disease may be connected to miners having to work harder to retrieve coal from thinning seams of Appalachian coal.

Addiction issues continue to plague the state’s workforce. Miranda Combs of WKYT-TV in Lexington says one automotive parts plant in Somerset fired 46 of its 348 employees on one day for failing drug tests. She says local economic development officials are struggling to find prospective employees to work at area companies. Combs says a recent job fair sponsored by the Lake Cumberland Area Development District only drew one attendee. She says workers with addiction issues find it’s easier to stay home and draw benefits or disability payments rather than to seek gainful employment.

More families who lose a loved one to a drug overdose are seeking criminal charges against dealers who supplied the narcotic, according to Combs. She says federal law allows for prosecution of individuals who distribute drugs that contribute to an overdose death. But she says local law enforcement and coroners — as well as federal prosecutors — are overwhelmed with the number of cases they’re being asked to handle.

Young people in Garrard County have organized a club to address the drug epidemic in Lancaster. Combs says the club allows high school students to discuss addiction issues in their families and how the community can better respond to the crisis. 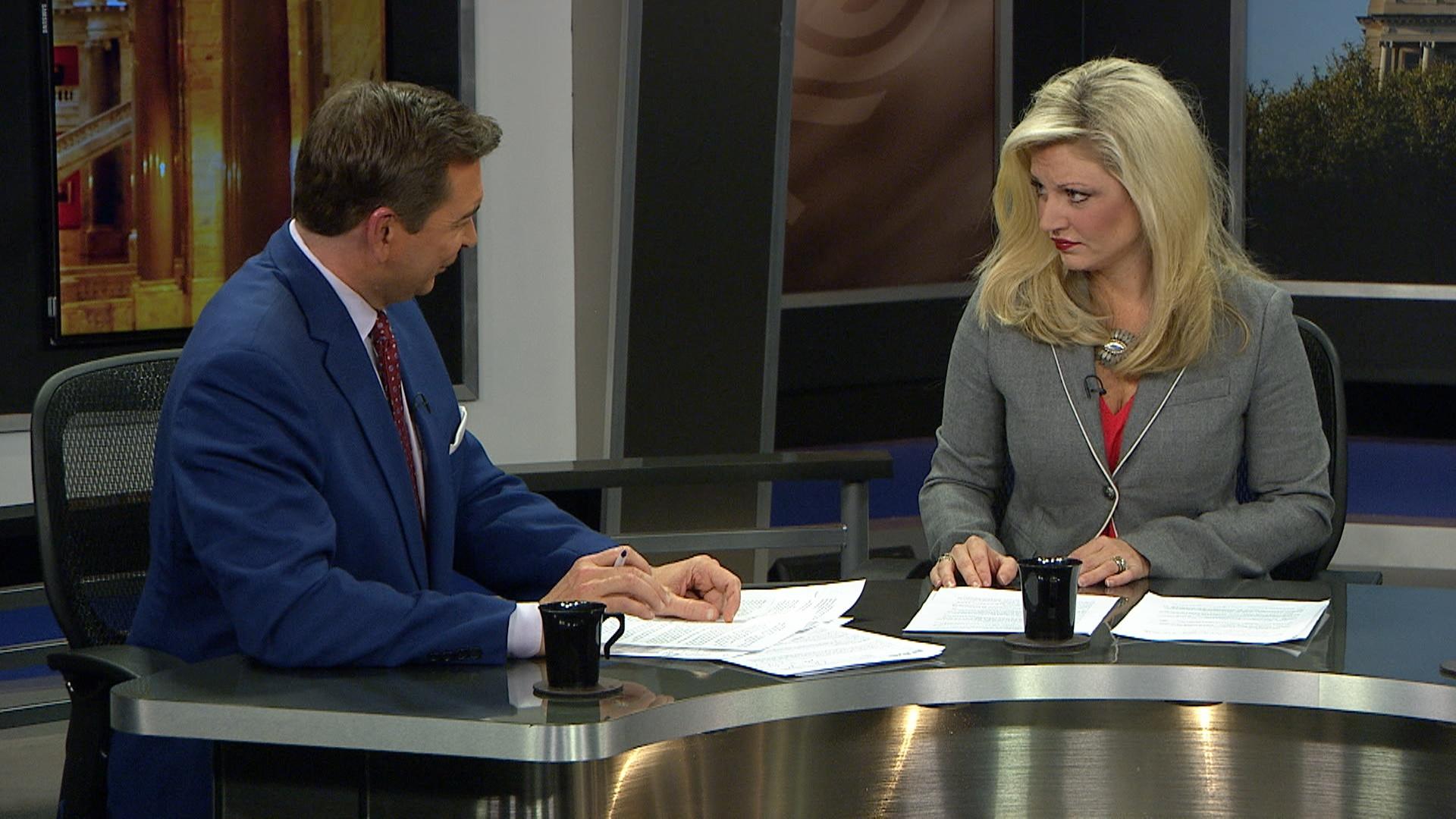