As 2014 comes to a close, state lawmakers are busily preparing for the 2015 General Assembly. The panel on Comment on Kentucky reviewed several legislative priorities for the coming session and discussed the latest news in next year’s governor’s race.

House Speaker Greg Stumbo (D-Prestonsburg) announced Friday that the local option sales tax proposal (also known as local investments for transportation or LIFT) will be House Bill 1 in the new session. The measure would enable municipalities to allow residents vote on a small, time-limited sales tax increase to fund a specific local project. The bill must pass the legislature and then be approved by voters as an amendment to the state constitution.

Ronnie Ellis of CNHI News Service says Stumbo introduced the plan with House Minority Floor Leader Jeff Hoover (R-Jamestown). Ellis says the sponsors are pitching the measure as a way to give more local control on tax and infrastructure issues. He reports the Kentucky Chamber of Commerce, League of Cities, and Association of Counties support the measure, but the state retail federation opposes it.

Other Issues for State Legislators
Ellis says multiple bills have been pre-filed to address aspects of the state heroin epidemic. In addition to the politics of who’s sponsoring each measure, Ellis says there are genuine philosophical differences at play. He says Republicans in the state Senate oppose Democratic plans for a needle exchange program, while many House Democrats oppose charging drug dealers with homicide if a customer dies from a heroin overdose.

Other issues legislators will likely discuss include the continuing woes of the state employees’ pension system. Ellis says Kentucky Retirement System Executive Director Bill Thielen told the pension oversight board that unfunded liabilities will likely go up in the next few years. But Thielen says over the next 20 years, the reform plan lawmakers passed in 2013 should stabilize the system. That’s if there are no further recessions, according to Ellis.

State lawmakers may also tackle two issues that local governments addressed this week. Joe Arnold of WHAS-TV in Louisville says the Warren County Fiscal Court in Bowling Green approved a local right-to-work law. And he reports the Louisville Metro Council approved a local increase of the minimum wage to $9 per hour. Arnold warns court cases challenging the legality of local governments taking such actions may be on the horizon.

Speculation abounds over who else might enter the race. For Republicans, former Senate candidate Matt Bevin and former diplomat Kathy Bailey are frequently mentioned. On the Democratic side, Jack Brammer of the Lexington Herald-Leader says Rep. Greg Stumbo and former Lt. Gov. Daniel Mongiardo look less likely to enter. But he says Lexington banker Luther Deaton continues to consider a run with Rep. John Tilley (D-Hopkinsville).

Joe Arnold says Secretary of State Alison Lundergan Grimes hasn’t ruled out a run for governor, although some Democrats, including Congressman John Yarmuth, think she should stay out of the race.

Rand Paul’s Presidential Bid
Arnold says Grimes made national news when she said she would take Sen. Paul to court if he tried to run for his U.S. Senate seat and the presidency in 2016. Kentucky law currently prevents such a move. Arnold says Paul himself has threatened his own legal action to challenge the law.

Arnold reports Paul was quick to downplay news that former Florida Gov. Jeb Bush has formed a presidential exploratory committee for the Republican nomination. But Paul differed with some of his GOP colleagues when he agreed with President Obama’s action to restore diplomatic ties with Cuba. 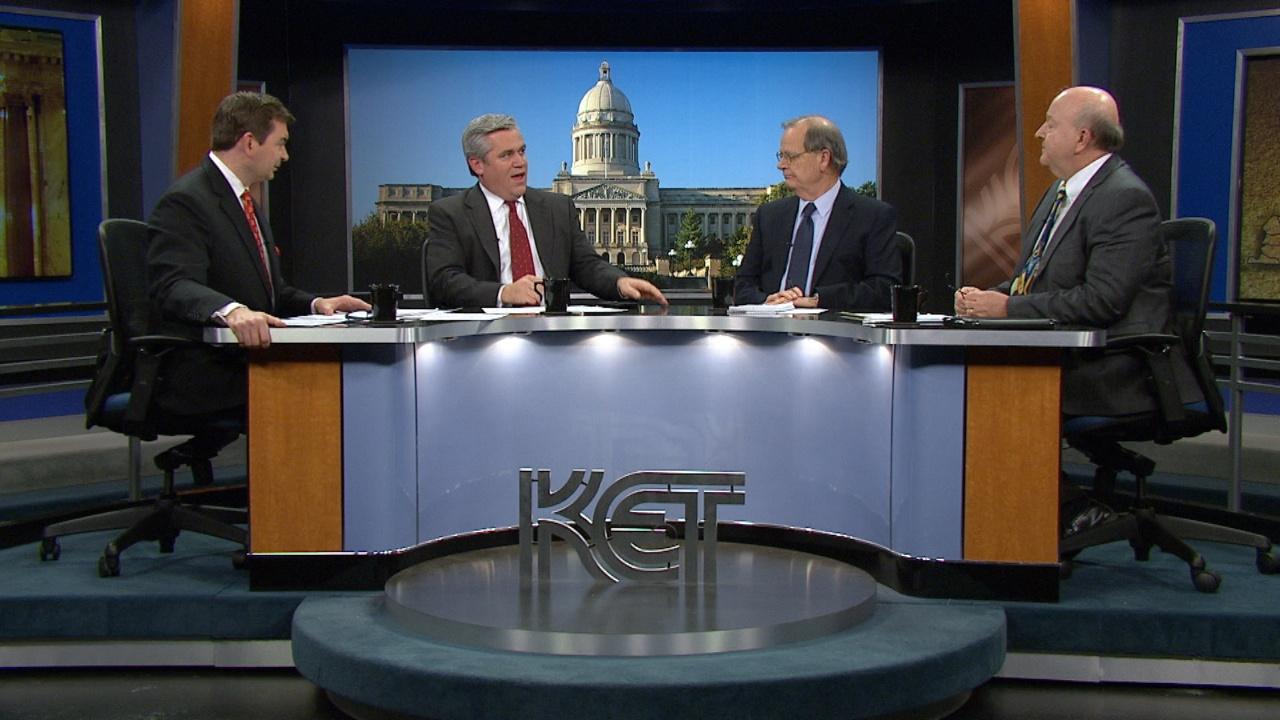