Host Bill Bryant and a panel of journalists discuss the news of the week. Guests: Adam Beam of the Associated Press, James Pilcher of the Kentucky Enquirer, and Mike Wynn of the Louisville Courier-Journal.
S42 E5 Length 24:51 Premiere: 12.4.15

With just hours to go before he takes office, Gov.-elect Matt Bevin continues to fill key positions in his administration.

The journalists on Comment on Kentucky reviewed several of the Republican’s recent appointments and discussed even worse news for the state employee pension system.

Education and Health Posts Filled
Bevin named Louisville businessman Hal Heiner as the new secretary for the Education and Workforce Development Cabinet. Heiner ran against Bevin in the Republican primary for governor earlier this year. He placed third in that contest after spending some $4 million of his own money.

Adam Beam of the Associated Press says Heiner will oversee workforce training in the commonwealth. That’s become a significant issue in recent years as employers struggle to find qualified workers to fill open jobs in certain sectors. Beam says the state spends about $900 million on training each year, but a recent Kentucky of Chamber of Commerce survey found only 8 percent of the state’s workforce had good job skills.

Heiner is also a long-time advocate for school choice, and he could play a key role in helping advance charter school legislation through the General Assembly.

Vickie Yates Brown Glisson will be the next secretary of the Cabinet for Health and Family Services. Beam says Glisson is a respected health insurance attorney for Frost Brown Todd LLC in Louisville.

Glisson will manage any changes to Kynect and Medicaid expansion in the commonwealth, and she will be faced with other challenges in that cabinet. Mike Wynn of the Louisville Courier-Journal says there are complaints of high caseloads and turnover among staff, and allegations of mismanagement and a lack of transparency in the agency.

Other Top Appointments
John Chilton will be the new state budget director. The Louisville CPA and co-founder of Mountjoy, Chilton and Medley LLC will be charged with creating the state’s biennial budget and balancing ongoing spending with additional Medicaid and pension costs.

Frankfort veteran Thomas Stevens is the new head of the Personnel Cabinet. Stevens has been general counsel for the agency and previously served as staff attorney for the Justice and Public Safety Cabinet.

And Steve Knipper will be the chief of staff for Lt. Gov. Jenean Hampton. Knipper is a former Erlanger city councilman and was the Republican candidate for Secretary of State this year.

James Pilcher of the Kentucky Enquirer reports that current Transportation Secretary Mike Hancock is likely to remain in his post. Gov. Steve Beshear appointed Hancock to the job in 2010.

Pilcher adds that the strength of Bevin’s appointments have put many in the GOP establishment at ease. He says the governor-elect has surrounded himself with people who know how the Frankfort political machine works.

One appointment that has drawn some criticism is Bevin’s choice to head the state Labor Cabinet. Former University of Kentucky and pro football player Derrick Ramsey will oversee wages and hours, workers’ compensation, and other employment issues. Ramsey previously served in the administration of former Gov. Ernie Fletcher.

Adam Beam says state Rep. Larry Clark (D-Louisville) questioned the selection in a recent Courier-Journal story. Clark says Ramsey may understand the management side of employment, but he wonders what experience Ramsey has with labor and union concerns.

Pension Woes Deepen
Mike Wynn reports that Kentucky Retirement Systems officials revised their investment outlook downward from a 7.5 percent rate of return to 6.75 percent. With those lower returns, Wynn says the unfunded liabilities in the pension system for state government as will as city and county employees will increase by about $1 billion. That puts the total liabilities for KRS at about $20 billion, according to Wynn.

That system now only has about 17 percent of the assets it needs to pay future retirement benefits. Wynn says that rate is expected to drop even further in the next few years before finally rebounding. But that assumes there are no further economic problems that hurt investment returns. If there were another major recession, Wynn says the state might be forced to pay for the benefits owed.

KRS is ranked as one of the worst funded public pension plans in the nation.

Lawmakers continue to question the management of the system. Wynn says legislators criticized a 25 percent pay increase recently given to retain the executive director of KRS. And there are ongoing concerns about fees paid to investment managers for the system.

Wynn says Gov.-elect Bevin wants new state hires moved into a 401(k)-type plan. He says that’s not a new idea in Frankfort, and he warns that Bevin may face opposition to such a change from House Democrats as well as some Senate Republicans. Wynn says Bevin would have to expend significant political capital to convince lawmakers to approve the switch to a defined contribution plan. 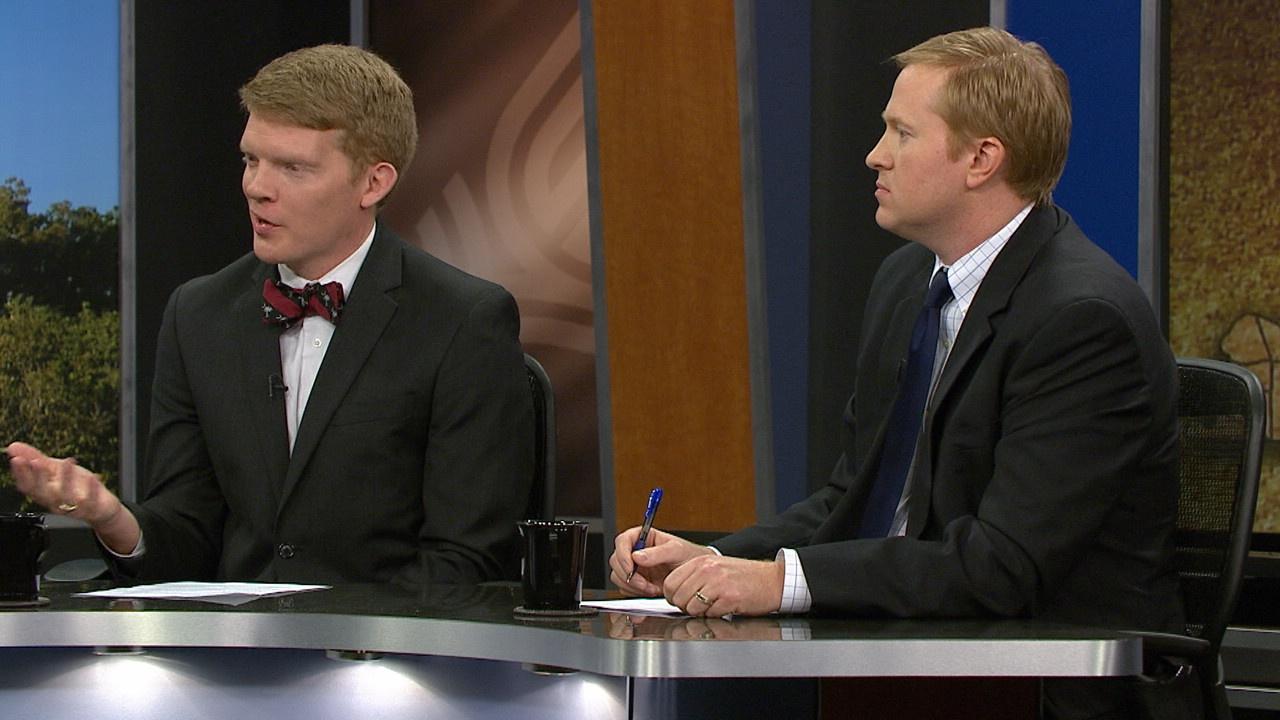