Journalists from around the state discuss news of the week with host Bill Bryant. Guests: Linda Blackford from the Lexington Herald-Leader; Tom Loftus from the Louisville Courier-Journal; and Nick Storm from cn|2.
S43 E5 Length 26:31 Premiere: 12.9.16

As he marked his first year in office, Gov. Matt Bevin held a press conference last week to discuss several key issues that could come before state lawmakers when they convene in Frankfort next month.

The journalists on Comment on Kentucky discussed the governor’s comments as well as other stories from the week’s news.

Economic Versus Social Issues
At the press conference, Gov. Bevin said it will take the state 20 years to dig out of the $32 billion hole that exists in the public employee and teacher retirement systems. The governor wants pension reform to address the unfunded liabilities in the programs and an overhaul of the state’s tax system, but Tom Loftus of the Louisville Courier-Journal says those efforts might take a special legislative session to tackle.

Incoming House Speaker Jeff Hoover (R-Jamestown) indicates that he would prefer to address tax modernization in a special session, according to Loftus. Even with Republican super majorities in both legislative chambers, Loftus says it still might be hard to muster the votes to pass even a conservative tax plan.

Bevin told reporters he won’t push for legislation concerning which bathrooms transgender individuals may use. Nick Storm of cn|2 says the governor wants lawmakers to focus their efforts during the 2017 regular session on economic issues. North Carolina faced a series of boycotts after lawmakers there passed a bill that required transgender students to use school restrooms that match their gender at birth. Storm says Bevin doesn’t want to go that route and risk hurting the commonwealth’s economy.

Some legislators may feel differently, though. Storm says the Kentucky Senate has passed similar legislation in recent years and he says a number of newly elected Republican lawmakers campaigned on social issues. Storm says he expects right-to-work legislation and possibly a charter school bill to pass as well as a repeal of the state’s prevailing wage law. Loftus says one action that GOP leaders could give to their more conservative members is a proposal to restrict abortions.

Investigation of Governor Stalls
The chairman of a special committee empaneled to investigate allegations of improper conduct by Gov. Bevin has resigned. Loftus says Rep. Jim Wayne (D-Louisville) stepped down on Thursday because Rep. Russ Meyer (D-Nicholasville) declined to testify before the committee and outgoing House Speaker Greg Stumbo (D-Prestonsburg) refused to subpoena him.

Earlier this year, Meyer alleged that the governor asked him to become a Republican and threatened retaliation if he didn’t switch parties. Shortly thereafter, the Transportation Cabinet pulled a road project previously approved for Meyer’s district.

Loftus says the governor has denied trying to intimidate Meyer even though a voice-mail message Bevin left for the Democrat seems to corroborate the alleged threat. Bevin called the investigating committee a “kangaroo court” and forbid transportation officials to appear before it, according to Loftus.

Storm says Meyer was willing to testify, but the representative said he had been too busy since the election to meet with the panel. Storm adds that the committee tried to disband itself last week but didn’t have enough members present to do so. If a final report on their investigation gets written, Loftus says the group’s general counsel will likely have to do it.

Higher Education News
State university presidents and policymakers have proposed a new funding formula for institutions of higher education in the commonwealth. Linda Blackford of the Lexington Herald-Leader says the outcomes-based model will look at the number of graduates a public college or university has, how many of them are in science and technical fields, and how many are low income or minority students. Blackford says the formula would be applied to 5 percent of higher education funding initially, but could eventually apply to all college and university funding.

The governor and lawmakers have yet to weigh in on the plan, though, and Blackford says the final legislation could look very different from what the presidents have proposed. She says performance-based funding of higher education exists in about 30 states, but all of those states apply their formulas to new moneys to schools, not to existing appropriations. Blackford says Kentucky could be the first state to apply their performance criteria to existing university funding.

The Southern Association of Colleges and Schools has placed the University of Louisville on a one-year probation, putting the institution’s accreditation at risk. Blackford says the issue stems from Gov. Bevin’s attempt to restructure U of L’s Board of Trustees as well as questions about the management of the school’s foundation.

Earlier this year, Bevin abolished the existing university board and replaced it with a new group of trustees. A circuit court judge later overruled the governor’s action and reinstated the old board. Storm says that decision is on appeal and Bevin hopes the state Supreme Court won’t be able to take up the case before the legislature can codify the governor’s original action, which Storm says would make the court challenges legally moot. But he says incoming House Speaker Hoover has indicated that he’s hesitant to give future governors of either party that much authority over university boards.

Even if lawmakers do put Bevin’s original order into legislation, that may not alleviate the accreditation concerns, Loftus says, because SACS wants schools to operate free of political influence.

Budget cuts have forced Eastern Kentucky University to end several bachelor and master’s degree options at the Richmond school. Degrees in French, French teaching, and comparative humanities are among those to be suspended, according to Blackford. She says EKU also considered ending journalism, geography, and horticulture degrees but instead opted to revamp those programs to make them more efficient and marketable.

After getting a law degree from the University of Tulsa, Pruitt worked as legal counsel for oil and gas companies, according to Blackford. As attorney general, Pruitt has led legal challenges against EPA regulations, including the Obama administration’s limits on coal-burning power plants. But Blackford says Pruitt also told a Congressional committee earlier this year that the decline of the coal industry is the result of cheap natural gas from fracking and not EPA regulations. 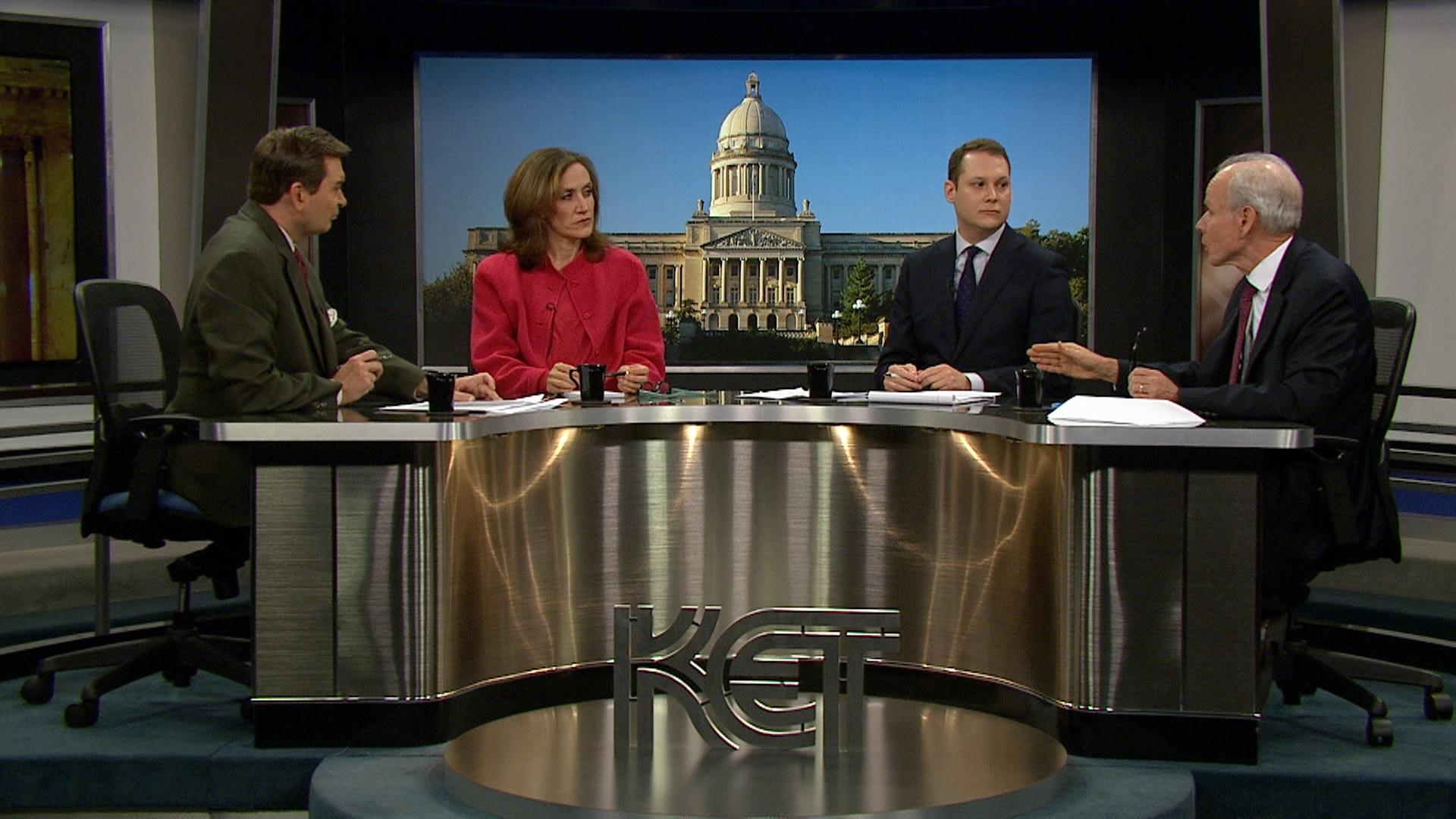