Kentucky was the first state to adopt Common Core in 2010, and now lawmakers are poised to repeal the much-maligned academic standards under a sweeping overhaul of public education in the commonwealth.

A Full Docket of Education Bills
The Kentucky Senate gave unanimous approval on Friday to a wide-ranging overhaul of K-12 public education. Antoinette Konz of WDRB-TV in Louisville says Senate Bill 1 shifts more control of education to local school districts, repeals the Common Core standards, and creates a new framework for developing academic standards and assessments in the commonwealth. The legislation now goes to the House for consideration.

Passage of the bill came without floor debate in the Senate, says Adam Beam of the Associated Press. He says lawmakers had been discussing an overhaul for several years. In addition, Beam says the measure’s sponsor, Sen. Mark Wilson (R-Bowling Green), personally met with senators to explain the 99-page bill.

On Friday, House Education Committee Chair John Carney (R-Campbellsville) introduced a bill to allow the creation of charter schools in the commonwealth. House Bill 520 would empower local school boards to authorize charter operations. This is the third charter school measure filed this session but Beam says he thinks Carney’s bill will get the most attention from lawmakers going forward.

Another bill set to go before the full House this week would allow children to go to schools in their own neighborhoods rather than be bussed to a more distant school. Konz says the legislation would cover all school districts in the state but would have the greatest impact on Jefferson County, where students are assigned to public schools to ensure racial and socioeconomic diversity. Konz says House Bill 151 includes a number of exceptions to the neighborhood school choice. She says there’s some concern whether popular schools would have the space to accommodate extra students, and whether scuttling diversity requirements would be good for students.

Curbing youth tobacco use is the goal of Senate Bill 78, which passed the Senate last week. Beam says the measure would ban use of tobacco products or e-cigarettes on public school property or at school-sponsored activities. Kentucky public school buildings are already smoke-free, but Beam says only 36 percent of school districts ban smoking on school property or at school functions. He says the legislation requires local school boards to enforce the ban, but mandates that a student can’t be suspended or expelled for violating it. Beam adds that health advocates are focusing on the school ban this session since efforts to pass a statewide smoking ban for public places has failed in recent years.

Two other bills could impact what Kentucky students learn about American government and the Bible. Beam says Senate Bill 138 mandates the Kentucky Board of Education to create guidelines for an elective course in Bible literacy. The high school course can’t favor one religion over another or dictate a particular translation of the Bible to be used. He says both the American Civil Liberties Union and the Kentucky Council of Churches oppose the bill over concerns about religious freedom.

And Senate Bill 159 would require all high school seniors to pass a citizenship test before they can graduate. Konz says the test would focus more on how government functions than on American history.

Criminal Justice Legislation
A bill to help address the opioid crisis cleared the House Judiciary Committee last week. House Bill 333 would let doctors prescribe only three days’ worth of prescription pain medications at a time. Ryland Barton of WFPL Radio in Louisville says the legislation allows exceptions for chronic pain suffers, cancer patients, and those in end-of-life care. He says another facet of the bill would make selling or trafficking any amount of the synthetic opioid Fentanyl a Class C felony. Barton says the bill passed out of committee unanimously, but he adds that some lawmakers worry the measure could lead to higher inmate populations and increased prison costs.

Individuals with criminal records could no longer automatically be denied an occupational license under Senate Bill 120. Beam says state boards and commissions that grant licenses for barbers, hairstylists, HVAC installers, and other jobs can now deny a person a license if they’ve been convicted of a crime. He says SB 120 creates a process whereby the individual could go before the licensing agency and plead their case. If the license is still denied, the individual could file an appeal in circuit court.

The legislation sponsored by Senate Judiciary Chairman Whitney Westerfield (R-Hopkinsville) includes a number of other reforms, including a provision for businesses to hire inmate labor, says Beam.

A so-called Blue Lives Matter bill passed the House despite vocal opposition from protesters. The legislation would make killing a police officer or other first responder a hate crime, which could bring with it tougher penalties. Barton says local Black Lives Matter members who watched the vote from the House gallery tried to shout down the proceedings and even called one lawmaker a racist for voting for the bill. Kentucky State Police escorted the activists from the chamber but made no arrests.

Barton says opponents of House Bill 14 contend it’s insensitive to minority communities and could be used against those who protest police actions.

Other Bills on the Move
Lawmakers considering legislation to enable the state to comply with new federal standards for drivers’ licenses and other identification cards want the governor to promise he will sign the bill into law.

Last year the legislature passed a Real ID bill that Gov. Matt Bevin endorsed. But then he declined to sign it into law after conservatives criticized the measure as an assault on personal privacy, according to Beam. He says that rejection angered many Republicans who voted for the bill.

In considering Real ID legislation again this year, Beam says House Speaker Jeff Hoover (R-Jamestown) wants Bevin to testify in a committee meeting that he will sign the bill if it passes. Unless the state complies with the new federal identification standards, Kentuckians would have to show their passports to board domestic airline flights, says Beam.

And the Senate passed a bill that would double the amount of money individuals can give to state political campaigns. Under Senate Bill 75, Kentuckians would be able to donate $2,000 instead of just $1,000. Beam says the legislation would also allow corporations to give unlimited amounts to state party operations. That money can only be used for building funds, not political activities. But Beam notes that would free up other money that the parties would have otherwise spent on facilities construction or maintenance. 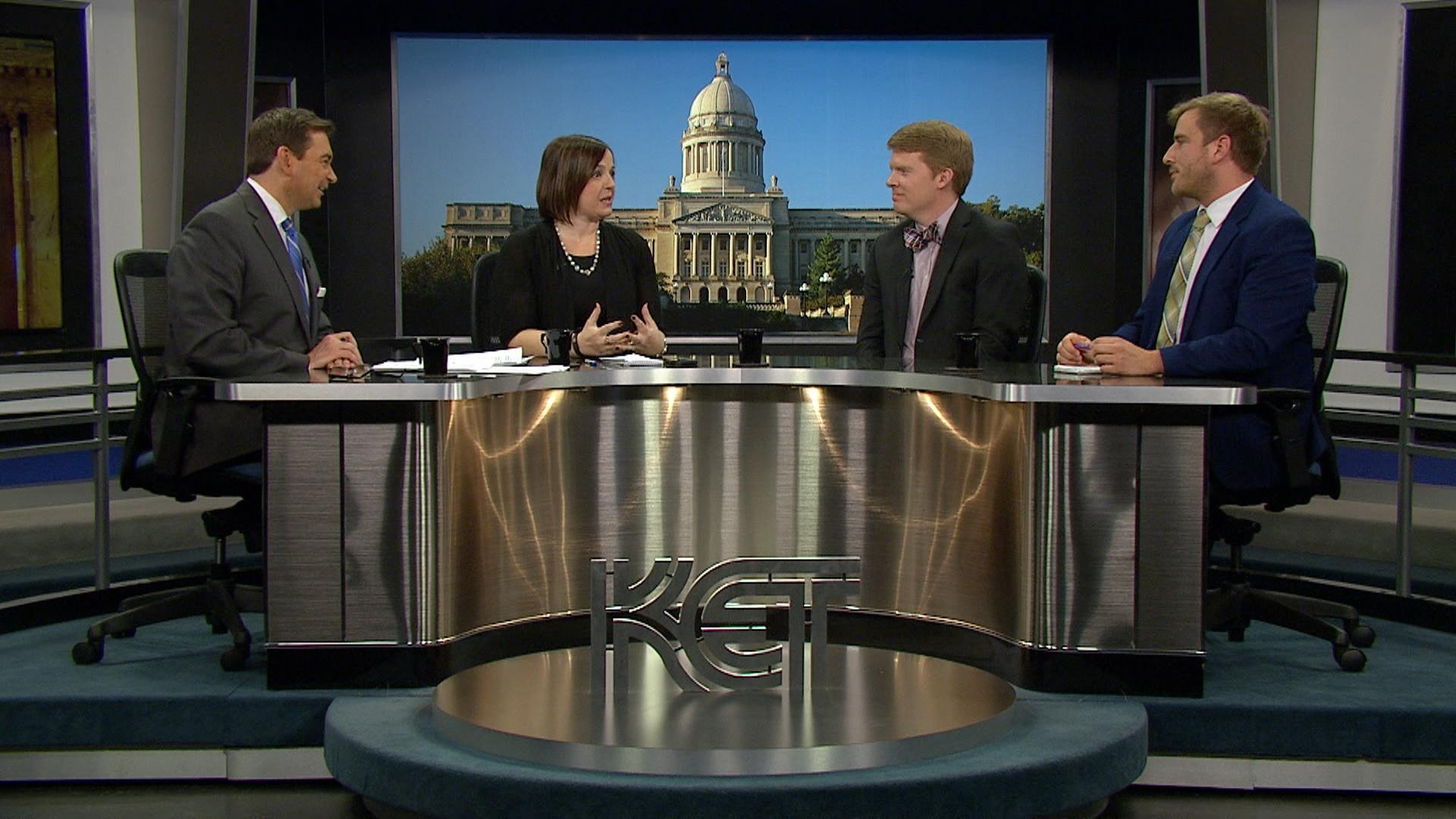