Journalists from around the state discuss news of the week with host Bill Bryant. Guests: Ronnie Ellis from CNHI News Service; Michael Gossum from WBKO-TV in Bowling Green; and Deborah Yetter from the Louisville Courier-Journal.
S42 E16 Length 26:32 Premiere: 2.19.16

The Kentucky General Assembly has passed the halfway point for the 2016 session, and lawmakers have much work still to do – not the least of which is crafting a state budget.

The journalists on Comment on Kentucky discussed the reception Gov. Matt Bevin’s proposed spending cuts are receiving from those who would be impacted by them. The panel also outlined testimony from state officials about higher-than-expected Medicaid costs.

Budget Cuts Could Have Dire Consequences
Gov. Bevin’s budget plan calls for 4.5 percent cuts in state spending for the remainder of this fiscal year, and 9 percent reductions in the new biennium. Not surprisingly, reaction to the plan from various constituencies, ranging from social service agencies to education officials, has been negative.

University of Louisville President James Ramsey and Western Kentucky University President Gary Ransdell made similar dire predictions about higher fees for students. The potential cuts could be even worse for Kentucky State University, according to its president, Raymond Burse. As a land-grant school, KSU receives federal funds that must be matched by state dollars. Ellis says the commonwealth has failed to meet that obligation, and that could result in KSU losing its land-grant status.

Deborah Yetter of the Louisville Courier-Journal says a Lexington woman gave emotional testimony to a House budget subcommittee last week about what the cuts could mean for those with a mental health problems. Kelly Dunning told lawmakers about her mentally ill son and how she fears that tighter state budgets could reduce his access to the medication and treatment he needs. Yetter says other social service advocates fear longer waiting lists for Meals on Wheels and other programs that help vulnerable populations.

The governor’s budget did increase spending in a few areas like salaries for state social workers. But Yetter says all other budget lines in the Cabinet for Health and Family Services and in most other state agencies would face steep cuts.

State Faces Higher Medicaid Costs
Health and Family Services Secretary Vickie Yates Brown Glisson told lawmakers that Medicaid spending would be 20 percent higher than anticipated over the next two years. Glisson attributes a portion of that increase to 60,000 new enrollees to traditional Medicaid.

Ronnie Ellis says state officials didn’t expect that increase, and attribute it to new enrollees coming “out of the woodwork.” Ellis explains that when Medicaid expansion was announced, people learned from the marketing campaign that it would include those earning up to 138 percent of the poverty level. When they went to sign up, Ellis says they discovered they had been eligible for traditional Medicaid coverage all along.

He says the state will have to pay a portion of the costs associated with the expanded Medicaid population starting in October. Sec. Glisson puts the state’s total Medicaid bill at some $3.7 billion over the next two years. Deborah Yetter says that figure could shrink, though, if poor people who initially qualified for the Medicaid expansion get jobs that provide health insurance or pay them well enough to move them off of the Medicaid rolls.

Court Cases in the Headlines
The Kentucky Court of Appeals has ordered the Cabinet for Health and Family Services (CHFS) to pay nearly $1 million in legal fees and penalties. Yetter says the ruling comes after Franklin Circuit Judge Phillip Shepherd found that the cabinet had violated the state’s open records laws.

After several high-profile child death cases in 2010, the Courier-Journal and the Lexington Herald-Leader sued CHFS for records relating to the incidents. Yetter says that states that receive federal funding for child care must open the records of a child death or serious injury case that results from abuse or neglect. After several delays, Shepherd ordered the cabinet to release the records and pay the financial penalty.

Yetter says it’s uncertain whether the Bevin Administration will appeal the ruling to the Kentucky Supreme Court. She says Bevin’s office released a statement that blamed the administration of former Gov. Steve Beshear for trying to conceal the records.

Meanwhile the state has filed suit against Planned Parenthood of Indiana and Kentucky, alleging the organization illegally performed abortions at a Louisville clinic. Yetter says Planned Parenthood contends it had permission from the Beshear administration to begin providing abortions and that it was in the process of getting the required license.

The Bevin Administration accuses Planned Parenthood of acting in a deceitful and fraudulent manner, according to Yetter. She says the suit seeks more than $600,000 in fines. Yetter adds that Louisville attorney Thomas Clay will represent Planned Parenthood in the action. Clay was the lawyer for three women who sued the Legislative Research Commission for sexual harassment in 2013.

Caucus Preparations Underway
The Republican Party of Kentucky is finalizing the details for its March 5 presidential caucus. Michael Gossum of WBKO-TV in Bowling Green says Sen. Rand Paul will still actively promote the caucus even though he has suspended his campaign for president. Gossum says Paul is paying the majority of the costs to hold the statewide caucuses.

Eleven candidates filed to participate in the caucus, of which only five are still in the race. Party officials say they would consider 20 percent participation among eligible Republican voters in the commonwealth a good turnout for a first-time caucus, according to Gossum. He says county results on March 5 will be relayed to GOP headquarters in Frankfort, and the winner announced that evening. 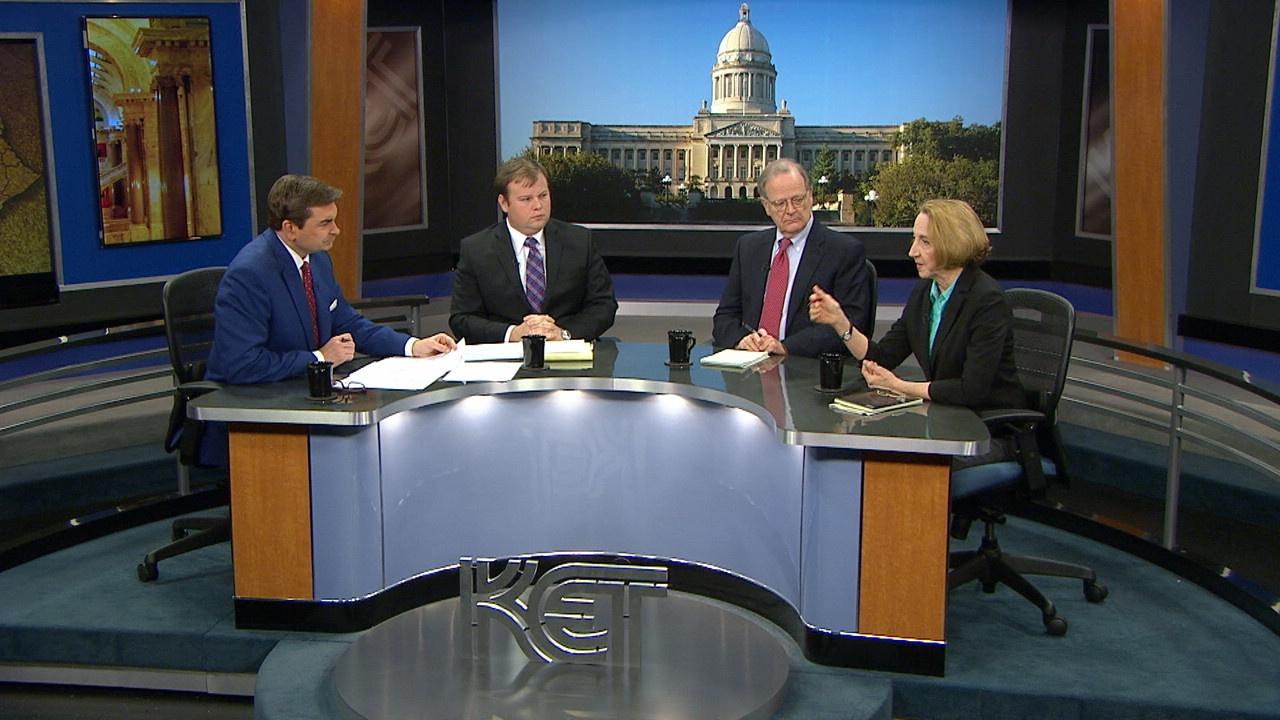