Snowbound, But Some Students and Lawmakers Hit the Books

Even as school students and some lawmakers enjoyed several snow days, the journalists on Comment on Kentucky braved the elements to review the week’s news.

With more than a foot of snow and sub-zero temperatures in parts of the commonwealth, Gov. Steve Beshear declared a state of emergency to make National Guard troops and other forms of state assistance available to local communities.  John Stamper of the Lexington Herald-Leader says Beshear also issued executive orders to prevent price gouging on gasoline and emergency-related supplies, and to facilitate certain prescription drug refills without a doctor’s order.

Even in school districts that were closed because of slick roads, not all students had time away from their studies. The Herald-Leader’s Linda Blackford says several districts piloted online instruction initiatives so snowbound students could continue their classwork and interact with teachers. She says early indications are that the web-based assignments are going well.

Some Lawmakers Return to Frankfort
While state House leaders opted to cancel their work for the week, the Kentucky Senate did convene on Thursday and Friday. John Stamper says that resulted in partisan bickering as Senate Minority Floor Leader Ray Jones (D-Pikeville) criticized Senate President Robert Stivers (R-Manchester) for needlessly endangering capitol staff by making them come to work.

Legislators who did return to Frankfort spent their time hearing two bills relating to school students. The Senate Education Committee debated and ultimately defeated a measure that would force students to use school restrooms and locker rooms based on their biological gender. Stamper says Senate Bill 76 would have addressed how schools accommodate transgender students.

The full Senate passed a bill that establishes guidelines for schools regarding religious activities by students. Stamper says supporters of Senate Bill 71 call the measure a religious liberty and free-speech bill, while opponents, including the American Civil Liberties Union of Kentucky, contend the legislation over-regulates protections already covered by the First Amendment.

Senate leadership also made a committee assignment that may effectively kill a proposed statewide smoking ban. Stamper says Senate President Stivers placed the smoke-free bill passed by the House earlier this month in the Senate Veterans, Military Affairs, and Public Protection Committee. Stamper says the measure is expected to die there. Smoke-free advocates had wanted the bill assigned to the Senate Health and Welfare Committee, where the chair, Sen. Julie Raque Adams (R-Louisville), supports the ban.

School Funding and Teacher Pensions
Linda Blackford says a series in the Herald-Leader is detailing how a number of smaller school districts remain underfunded despite gains made after the 1990 Kentucky Education Reform Act.  While state support has declined during the recession years, local school budgets have also been hurt by lower property tax proceeds. Blackford explains those revenues have suffered because local property valuation administrators have under-assessed some homes and businesses, and school districts have passed lower tax rates than they could have.

Meanwhile a bonding proposal to support unfunded liabilities in the Kentucky Teachers’ Retirement System may face another challenge. Earlier this month, the House Appropriations and Revenue Committee approved a bill to authorize $3.3 billion in state bonds, with proceeds going to shore up teacher pensions. Then last week, the Senate budget panel passed a measure to limit the state’s debt to 6 percent of revenues. John Stamper says the two plans can’t co-exist and he expects neither bill to become law.

Local Hospitals and Drug Abuse
Miranda Combs cites a study that indicates nearly two-thirds of rural Kentucky hospitals have negative operating budgets. She explored the issue in an investigative report for WKYT-TV in Lexington. She says a community hospital in Nicholas County ran out of money and closed last year because it had too many Medicaid patients and not enough private-pay patients. She also reports that a relatively new hospital in Fleming County has many open beds because people prefer to go to larger cities for their health care.

But one local hospital is working to keep its smallest patients at home. Combs says Ephraim McDowell Regional Medical Center in Danville is training its staff on how to detoxify babies born to drug-addicted mothers, rather than sending the children to Lexington for treatment. Hospital officials say keeping the babies close to their mothers helps speed the recovery process.

And Combs also reports on a move by the U.S. Attorney’s Office for the Eastern District of Kentucky to get more drug overdose deaths processed as crimes rather than accidents. Officials argue the switch would allow for a more detailed investigation of the deaths, and for stronger penalties for the dealers who may have sold the fatal drugs. 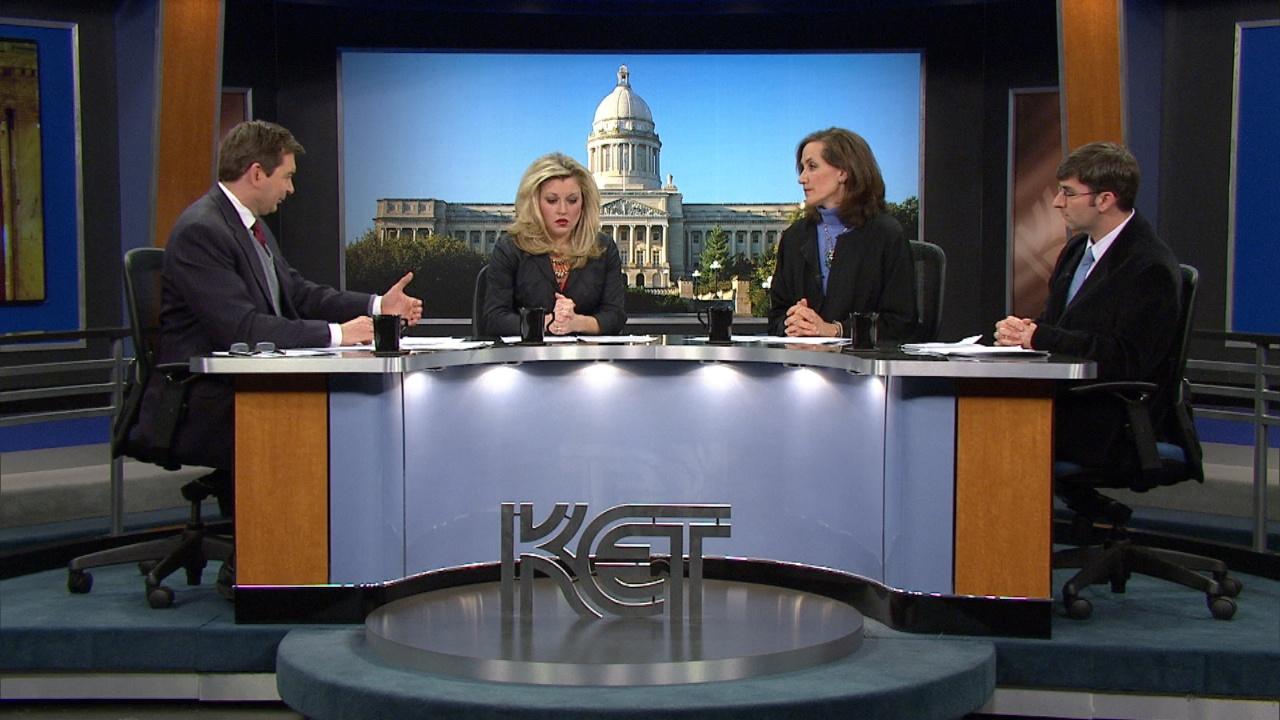