Two Kentucky governors get the national spotlight, two Republican congressmen receive a testy welcome home, and Frankfort lawmakers wade through a slew of legislation in the waning days of the General Assembly session.

These are some of the stories the journalists on KET’s Comment on Kentucky discussed as they recapped the week’s news.

Bevin and Beshear in the Limelight
Gov. Matt Bevin made the rounds last week at the Conservative Political Action Conference near Washington, D.C. The Republican joined a panel of other governors to tout his efforts to reduce regulations and make Kentucky a more business-friendly state.

Nick Storm of Spectrum News says Bevin is gaining a higher profile on the national stage, but he says the governor is uncertain what he may do with that exposure. Storm says Bevin could seek reelection, or he could try another run for federal office. Bevin ran for in the Republican primary for U.S. Senate against Sen. Mitch McConnell in 2014.

On Tuesday night, former Gov. Steve Beshear will give the Democratic response to President Donald Trump’s first address to a joint session of Congress. As Washington Democrats fight to maintain the Affordable Care Act, Beshear is expected to discuss how Kentucky implemented the health reforms as well as Medicaid expansion. Storm says the ACA helped the commonwealth achieve one of the nation’s greatest decreases in uninsured populations: from 20 percent in 2013 down to about 7.5 percent last year.

Storm says it’s interesting that Democratic officials chose Beshear, an elder statesmen, rather than a younger, rising star to give to give the party’s response to Trump. He says Beshear’s folksy manner has appealed to both urban and rural voters, and he says Beshear can help Democrats reconnect with blue-collar workers who turned out for Republicans in recent elections. Storm says he also expects Beshear to use the speech as an opportunity to promote good things happening in the commonwealth.

Protesters Greet Kentucky Republicans
Almost 1,000 demonstrators greeted Sen. Mitch McConnell as he arrived at a chamber of commerce luncheon in Lawrenceburg last Tuesday. Tom Loftus of The Courier-Journal says police corralled the group behind a fence and safely away from the Senate majority leader. He says the protesters expressed concern about a range of issues, including health care, the environment, immigration policy, and President Trump’s cabinet selections, especially Education Secretary Betsy DeVos.

McConnell praised the Trump Administration during his brief remarks to chamber members. As for the demonstrators, McConnell said the nation has a 240-year tradition of protests and as long as they are peaceful, they are okay, Loftus reports.

Several protesters did snag tickets for the luncheon and challenged McConnell during a brief question-and-answer period. Loftus says one man asked if the senator thought Trump should be impeached over the military raid in Yemen that left one U.S. Navy SEAL and numerous civilians dead. McConnell responded to the question by saying, “thank you for your speech,” says Loftus.

Congressman Andy Barr (KY-6) also faced a tough reception at meeting last week with constituents in Mount Sterling. Linda Blackford of the Lexington Herald-Leader says Barr took several questions from those worried about health care coverage. Despite those concerns, Barr said he still supports repealing the Affordable Care Act and felt even more invigorated to do so, according to Blackford.

She says Barr did ask if any attendees were from outside his district, and no one raised a hand. Blackford says that was the only public forum the Republican scheduled during the congressional recess.

Kentucky’s lone Democrat in Washington told a meeting in Louisville that he believes President Trump is “incoherent.” Nick Storm says U.S Rep. John Yarmuth (KY-3) is especially concerned about foreign affairs and how America’s enemies and allies abroad perceive the president based on this tweets. Storm says Yarmuth, the highest-ranking Democrat on the House Budget Committee, is also focused on protecting the ACA from being repealed by Republicans.

Bills in the General Assembly
During his State of the Commonwealth address earlier this month, Gov. Bevin said the state would need more revenues for its ailing public pension systems. Yet dozens of bills before the state legislature this session call for tax breaks for items ranging from restaurant food donations to purchases of gold and silver bullion.

Tom Loftus says most of those bills won’t survive, but he says one measure that does look likely to pass relates to the Amazon expansion at the Cincinnati-Northern Kentucky Airport. Loftus says House Bill 368, sponsored by Rep. Diane St. Onge (R-Lakeside Park), would give a sales tax credit to contractors who purchase aviation fuel for a certified air carrier. Loftus says he expects Gov. Bevin to sign HB 368 “in a heartbeat” should it pass the General Assembly.

A measure to change some aspects of Louisville Metro government passed the Senate on a party-line vote. Loftus says Senate Bill 222 was scaled back to remove a provision that would have given the governor power to appoint the mayor of Louisville or fill a metro council seat if those positions became vacant. He says current Louisville Mayor Greg Fischer contends the bill is unnecessary and would micromanage city affairs.

The Senate also passed legislation that ties public university funding to achieving certain outcomes. Linda Blackford says more than 30 states already have some form of performance-based funding for colleges and universities. She says Senate Bill 153 is unique, though, because it would make 100 percent of school appropriations dependent on performance within three years. Blackford says most states link only a portion of institution funding to meeting certain metrics. She says Kentucky’s smaller, regional universities are especially worried about the bill that connects funding to degrees and credentials awarded, course completions, degrees earned by poor and minority students, and other measures.

And a bill giving a governor more authority to remove university board members or entire boards gained Senate approval last week. Blackford says Senate Bill 107 received a frosty reception when Senate President Robert Stivers (R-Manchester) introduced it in January. She says he has since reworked the measure to provide a more detailed process by which a governor can replace school trustees. 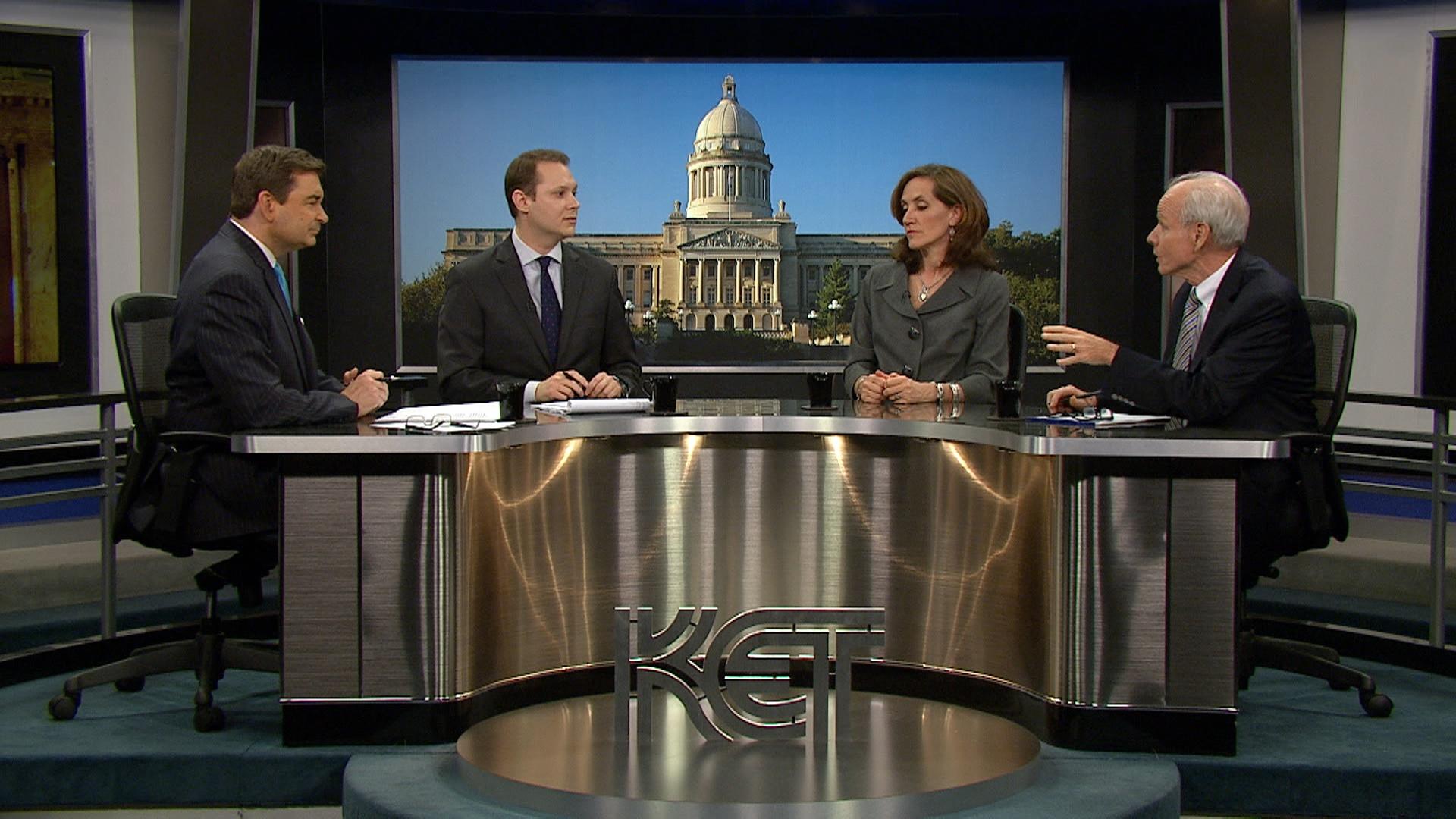