Journalists discuss news of the week with host Bill Bryant, including demonstrations from several interest groups over reductions in the proposed state budget. Guests: Adam Beam from the Associated Press; Linda Blackford from the Lexington Herald-Leader; and Tom Loftus from the Louisville Courier-Journal.
S42 E17 Length 26:34 Premiere: 2.26.16

There are few things that will draw a crowd to Frankfort quicker than the prospect of state budget cuts. And with the potential of significant funding reductions for most state agencies and programs in the next budget cycle, lawmakers are getting earfuls from a number of constituencies.

The journalists on Comment on Kentucky recapped the week’s news and discussed some of the groups that testified – or protested – against Gov. Matt Bevin’s budget plan.

An Abundance of Bad News
Educators, regulators and judges brought warnings of dire consequences should legislators approve the funding cuts the governor has recommended. Bevin proposed a 4.5 percent cut for the remainder of the current fiscal year, followed by 9 percent cuts in both years of the next biennial budget.

On Thursday, Feb. 25, students protested on the capitol campus, while officials from several state universities spoke before the Senate Appropriations and Revenue Committee. Tom Loftus of the Louisville Courier-Journal says the school leaders testified that the cuts would be “crippling” on top of the multiple rounds of reductions that higher education endured during the recession years.

The officials also warned that without a bigger state appropriation, Kentucky colleges and universities won’t be able to adequately compete with publicly funded schools in neighboring states. Loftus adds that the schools indicate that raising tuitions will be the only way they can compensate for the loss of state dollars. Adam Beam of the Associated Press says that threat irritates some Senate Republicans, who argue the schools have other sources of income they can tap without always turning to students.

Lawmakers also heard from Katie Gabhart, the executive director of the Executive Branch Ethics Commission, the agency that holds gubernatorial administrations accountable. Beam says Gabhart told lawmakers that the budget cuts would force her office to lay off its auditor and investigator. The result, Beam says, would be auditing and investigative agency that could do neither.

Finally, Kentucky Supreme Court Justice John Minton brought news that the planned funding reductions would decimate the judicial branch. Tom Loftus says Minton said courts around the commonwealth would have to close for three weeks because of a lack of funding.

The state House is developing its version of the budget. Loftus says he expects the chamber to unveil that spending plan sometime the week of March 14. But he warns that the fate of that budget could hinge on the outcomes of the special elections on March 8 to fill four vacant House seats. Democrats could either strengthen their edge in the chamber, or find themselves in a 50-50 split with Republicans.

Current Administration Criticizes the Previous One
Frankfort Republicans are blaming former Gov. Steve Beshear for the Medicaid financing woes the state faces. The Bevin administration says the Medicaid program faces a projected deficit of $100 million this year, followed by a $600 million shortfall over next two years.

Adam Beam says those numbers are the result of the Medicaid eligibility expansion that Beshear approved during his tenure, as well as the 60,000 people that became first-time enrollees in traditional Medicaid in recent years. Beam says current Kentucky Health and Family Services Cabinet Secretary Vickie Yates Brown Glisson blames the Beshear administration for setting up the Medicaid program to give enrollees top-level benefits that are more expensive.

Bevin’s office also criticized the former governor for granting a no-bid contract on his last day in office to a company with ties to the Beshear administration. Tom Loftus says Beshear awarded a $3 million contract to SAS Institute to electronically detect billing fraud in Medicaid and other state programs. Bevin’s complaint stems from the fact that the husband of a top Beshear staffer has been a SAS consultant for three years. Loftus says the SAS contract didn’t expire until the end of 2015, so Bevin contends there was no need for Beshear to push through an agreement on his last day in office.

The High Cost of Farm Tax Break
A Lexington Herald-Leader investigation reports that developers and other large landowners are benefiting from a law designed to preserve family farms – and costing county governments millions in lost tax revenues in the process.

Linda Blackford, who co-wrote the series for the newspaper, says state law allows parcels of land that are 10 acres or larger to be taxed as farmland, even if no agricultural activities occur there. She says developers who own large tracts for future construction often get the tax break even after they’ve filed development plans for the property. Blackford says the farmland provision can save landowners 10 to 40 percent on their property tax bills.

Blackford says a 1969 statute tightly regulated the farmland designation, but a 1992 revision supported by the Kentucky Farm Bureau greatly loosened those rules. As a result, the newspaper reports that Fayette County alone may have lost nearly $12 million in property tax revenues last year.

Many county property valuation administrators in Kentucky automatically give the tax break without requiring any proof of agricultural activity, according to Blackford. But she notes that land in Jefferson and Kenton Counties is inspected to guarantee that it is actively farmed. And she says other states with farmland provisions require some form of proof such as the Schedule F attachment to the landowner’s federal income tax return that documents profits or losses from farming activities. 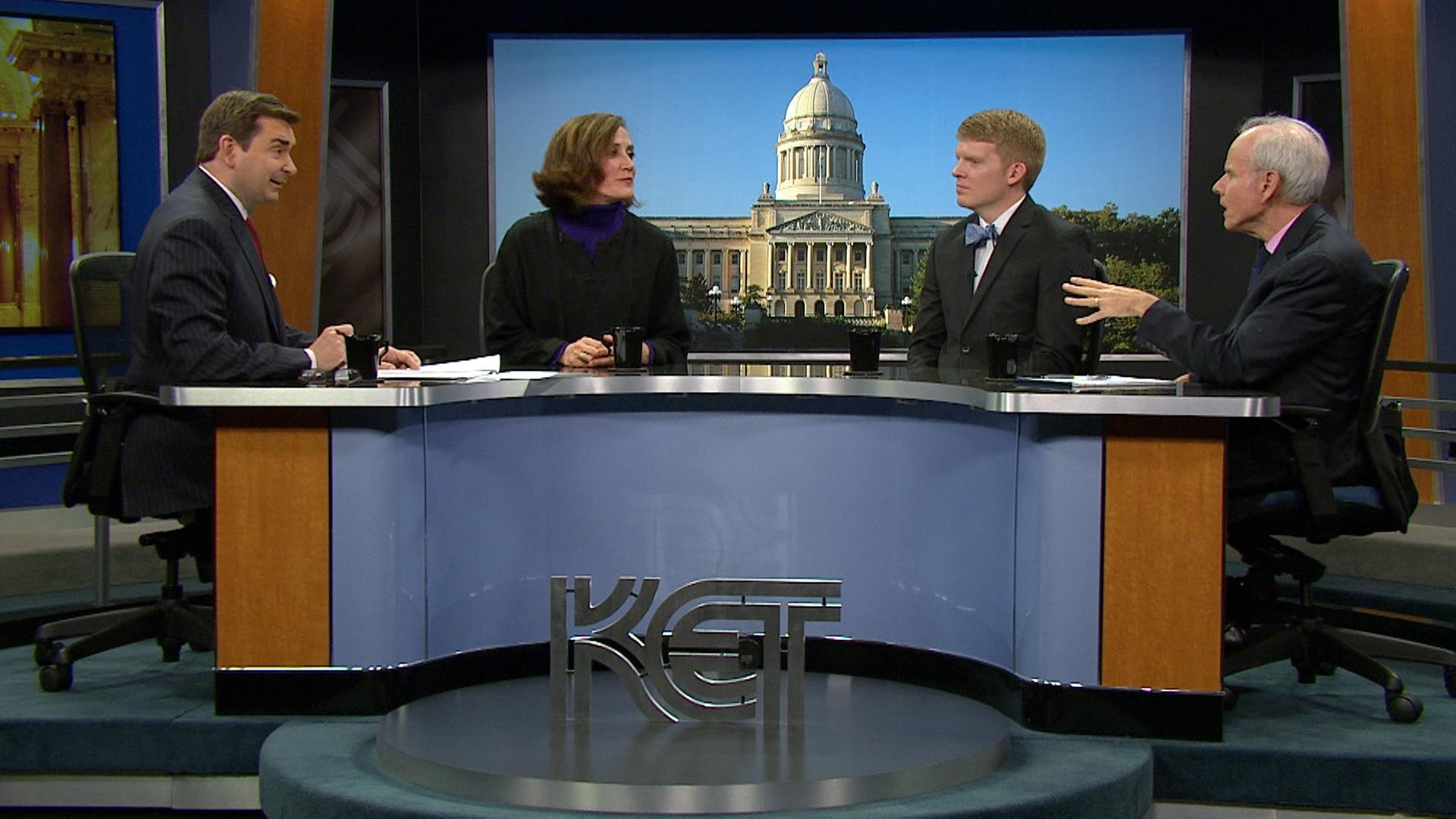