There appears to be widespread bipartisan consensus in Frankfort that lawmakers must pass a measure to address the heroin scourge in Kentucky. Yet the fate of the legislation remains uncertain as competing House and Senate measures differ on significant points.

As the 2015 General Assembly heads into the home stretch, the panel on this weekend’s Comment on Kentucky discussed the status of the heroin bills and other key legislation pending before the state House and Senate.

Heroin Legislation Still Faces Hurdles
Adam Beam of the Associated Press calls on the economic theory of supply and demand to describe the differences between House Bill 213 and Senate Bill 5. He says the House takes the demand-side approach with its local-option needle exchange program designed to get more addicts into treatment. (Senate Republicans have opposed needle exchanges, which they contend promote drug use.)

The Senate has focused on the supply side of the heroin issue, according to Beam. SB 5 toughens all penalties for those who sell drugs. (The House measure uses a tiered approach to sentencing so that those selling smaller quantities of heroin face lighter charges.) Beam says Rep. John Tilley, the sponsor of the HB 213, believes the penalties in the Senate bill run counter to the sentencing guidelines passed in the 2011 criminal justice reform package, which were instituted to reduce prison populations.

As the House and Senate move to debate the other chamber’s bills, Jack Brammer of the Lexington Herald-Leader says lawmakers may need to create what he calls an “alpaca bill.” It would carry the best parts of both versions forward and leave behind any issues of who gets sponsorship credit for the original measures. Brammer says he expects a conference committee to be formed later this week to debate the sticking points.

Telephone Lines and Beer Sales
A long-debated bill to deregulate the telephone industry in the state could reach Gov. Steve Beshear’s desk this week. Brammer says House Bill 152, nicknamed the “AT&T Bill,” would end the requirement on phone companies to maintain landlines in urban areas of Kentucky. Although the measure has stiff opposition from advocates concerned with phone service accessibility and quality, the bill passed the House last Tuesday, and is expected to go before the full Senate today. Brammer says Senate President Robert Stivers (R-Manchester) wants the bill to be ready for the governor’s signature on Tuesday.

The House also passed a measure last week that would re-regulate beer sales in Kentucky. House Bill 168, also known as the “Beer Bill,” would force St. Louis-based beer maker Anheuser-Busch to divest itself of two distributorships it owns in Kentucky. Amanda Van Benschoten of The Kentucky Enquirer says craft beer brewers have pushed the legislation as a way to boost sales of their products in the state. But Anheuser-Busch argues the measure restricts its ability to operate in the free market, according to Van Benschoten. The bill is awaiting Senate action.

State Debt and Special Taxes
A House plan to benefit the Kentucky Teachers’ Retirement System through a $3.3 billion bonding action is expected to die in the Senate. Adam Beam says Senate Republicans are against generating more debt to pay off the unfunded liabilities in the teacher pension system.

Jack Brammer reports that Senate President Stivers says his members are developing an alternative plan to address KTRS funding, which he expects to present in the 2016 legislative session. Meanwhile, the full Senate passed a bill to limit state debt to 6 percent of the total state budget, and a Senate committee blessed a new $132 million appropriation that Sen. Stivers has promoted to fund a cancer research center at the University of Kentucky.

The proposal to allow for local-option sales taxes, which had significant momentum earlier in the session, appears to have hit a snag. Adam Beam says 30 Kentucky businesses sent a letter to lawmakers complaining that the measure, which would allow voters to temporarily boost sales taxes in a municipality by up to 1 percent, would result in a dramatic increase in their utility expenses. Unlike residential consumers, Beam says commercial and industrial customers have to pay sales taxes on their utility bills. It’s uncertain how this late development could affect the taxing proposal, which has widespread support in the legislature and from the Kentucky Chamber of Commerce.

Car Seats and School Bathrooms
As a parent herself, Van Benshoten calls legislation to require more children to ride in child safety seats “a no-brainer.” Current law mandates the use of booster seats for children less than 7 years of age and 50 inches in height. A bill passed by the House last week ups the requirement to the national standard of 9 years old or 57 inches tall. The measure died in the state Senate last year, and given the weight of more pressing legislation, Jack Brammer says he believes it will meet a similar fate in this session.

And a bill to require transgender school students to use the bathroom that corresponds to their gender at birth experienced a miraculous revival last week. Senate Bill 76 failed to garner enough votes to pass out of committee earlier in February.  But Brammer says some special maneuvering resurrected the bill promoted by the Family Foundation of Kentucky, and the full Senate approved the measure late last week. Brammer says opponents of the bill plan to rally at the capitol on Thursday, and he reports that House Speaker Greg Stumbo (D-Prestonsburg) has said his chamber has more pressing matters to address. 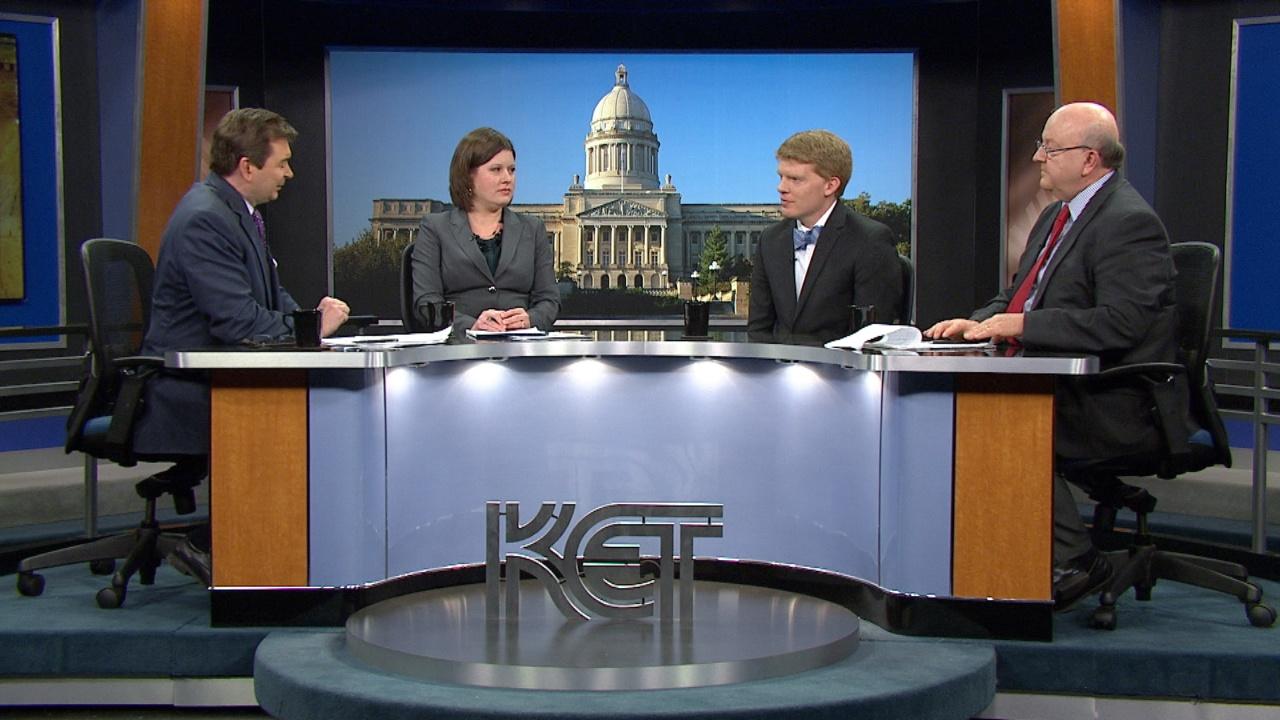