Now into its second week, the Trump Administration continues to generate a wealth of news in Washington that reverberates in the commonwealth.

The journalists on KET’s Comment on Kentucky discussed President Donald Trump’s immigration order and Supreme Court nominee, as well as efforts to roll back environmental regulations and free churches to get more political.

Two Stories from the Immigration Debate
Last Monday more than 5,000 people of all faiths and backgrounds rallied at Louisville’s Muhammad Ali Center in support of immigrants and refugees. Phillip Bailey of The Courier-Journal says Mayor Greg Fischer gave an impassioned speech about how individuals from other countries have helped Louisville grow and have enriched the city’s quality of life.

In his subsequent State of the City address, Fischer said the current rhetoric around immigration is reckless, according to Bailey. He says the mayor never specifically mentioned President Trump’s executive order banning travel from seven predominately Muslim countries. Instead, Bailey says, Fischer defended Louisville’s reputation as a welcoming, global community.

Bailey adds that several online petitions are encouraging Fischer to designate the metro area a “sanctuary city” that would protect undocumented immigrants from prosecution or deportation. Fischer said sanctuary city is a divisive phrase that could draw negative responses from state and federal authorities. Bailey says Louisville police don’t currently arrest people for being in the country illegally, or stop individuals to question their immigration status. Bailey says the Democratically controlled Louisville Metro Council is backing away the sanctuary city issue for the time being.

The immigration debate brought national attention to Bowling Green last week when presidential counselor Kellyanne Conway erroneously spoke of massacre by terrorists there. Adam Beam of the Associated Press says Conway was being interviewed about President Trump’s travel ban when she referenced the “Bowling Green massacre.” As a result of the 2011 “massacre,” Conway said former President Barack Obama suspended the nation’s refugee program for six months.

The incident Conway was referencing involved two Iraqi refugees living in Bowling Green who were arrested and indicted on terrorism charges for buying weapons to be used in Al Qaeda terror attacks overseas. Beam says there was no massacre and no one in America was endangered by the men. He also says Obama never suspended the refugee program but simply slowed down the approval process.

Conway later took to Twitter to admit she misspoke in the interview, but Beam says Sen. Rand Paul and Congressman Brett Guthrie, both Republicans from Bowling Green, say the story proves that refugees should undergo tougher vetting.

But the Senate majority leader could face a filibuster of Gorsuch. Bailey says Senate Democrats are still angry about how McConnell refused to consider President Obama’s pick to fill the court seat left vacant after the unexpected death of Justice Antonin Scalia last year.

If Democrats filibuster on Gorsuch, McConnell may have to use a parliamentary procedure called the “nuclear option” to push through the judge’s confirmation with only 51 votes instead of the normal 60. Bailey says McConnell is reluctant to go that route even though Trump has urged him to do so if necessary.

McConnell gambled on stalling Obama’s court nominee, Merrick Garland, during the last year of the Democrat’s presidency. With that decision, Bailey says McConnell may be credited with helping to keep a conservative majority on the Supreme Court for a generation.

Other News from Washington and Frankfort
The U.S. House and Senate last week approved a reversal of Obama administration regulations designed to prevent coal mine runoff from polluting nearby waterways.

Both President Trump and Gov. Matt Bevin have expressed support for ending a federal tax law that prevents churches and other tax-exempt groups from endorsing political candidates. Beam says he wonders if that would lead wealthy mega-churches to start their own political action committees to influence local elections.

Bevin issued an executive order on Wednesday that removes questions regarding criminal convictions from state government employment application forms. Beam says acknowledging a felony conviction on a job application usually rules out that individual from further consideration. He says job candidates can still be asked about criminal backgrounds during job interviews, but that gives them an opportunity to explain the circumstances of their crime.

The move by the governor is an effort to lead by example, says Bailey. He says Bevin didn’t want to mandate the change for all private businesses in Kentucky. Instead the governor wants the state, which employs some 30,000 people, to set an example for how other employers could handle the issue. Bailey says the Metro Louisville council passed a similar ban on criminal background questions on city employment applications three years ago.

Officials announced a $1.5 billion expansion by online retailer Amazon at the Cincinnati/Northern Kentucky Airport. Beam says the state will provide Amazon with $40 million in tax incentives. In return the company will create some 2,700 jobs over the next 10 years that will pay an average of $26 an hour. The state also announced a deal with Senture, LLC, for a new call center in Williamsburg that would employ 500 people.

The Kentucky General Assembly reconvenes on Tuesday. Desrochers says he expects the Republican majority to push legislation regarding charter schools, medical review panels, tort reform, and reductions to state government regulations. Beam says to also look for bills to remove state funding for Planned Parenthood and to allow individuals to carry concealed weapons without a permit.

Democrats Target House Seat
The Democratic Congressional Campaign Committee has named Kentucky’s 6th Congressional District as a seat that could be flipped in the 2018 elections. Desrochers says given the growing backlash against President Trump, the DCCC believes third-term Republican Congressman Andy Barr is vulnerable to defeat. Fayette County, the population center of the district, went heavily for Democrat Hillary Clinton in the 2016 presidential election. 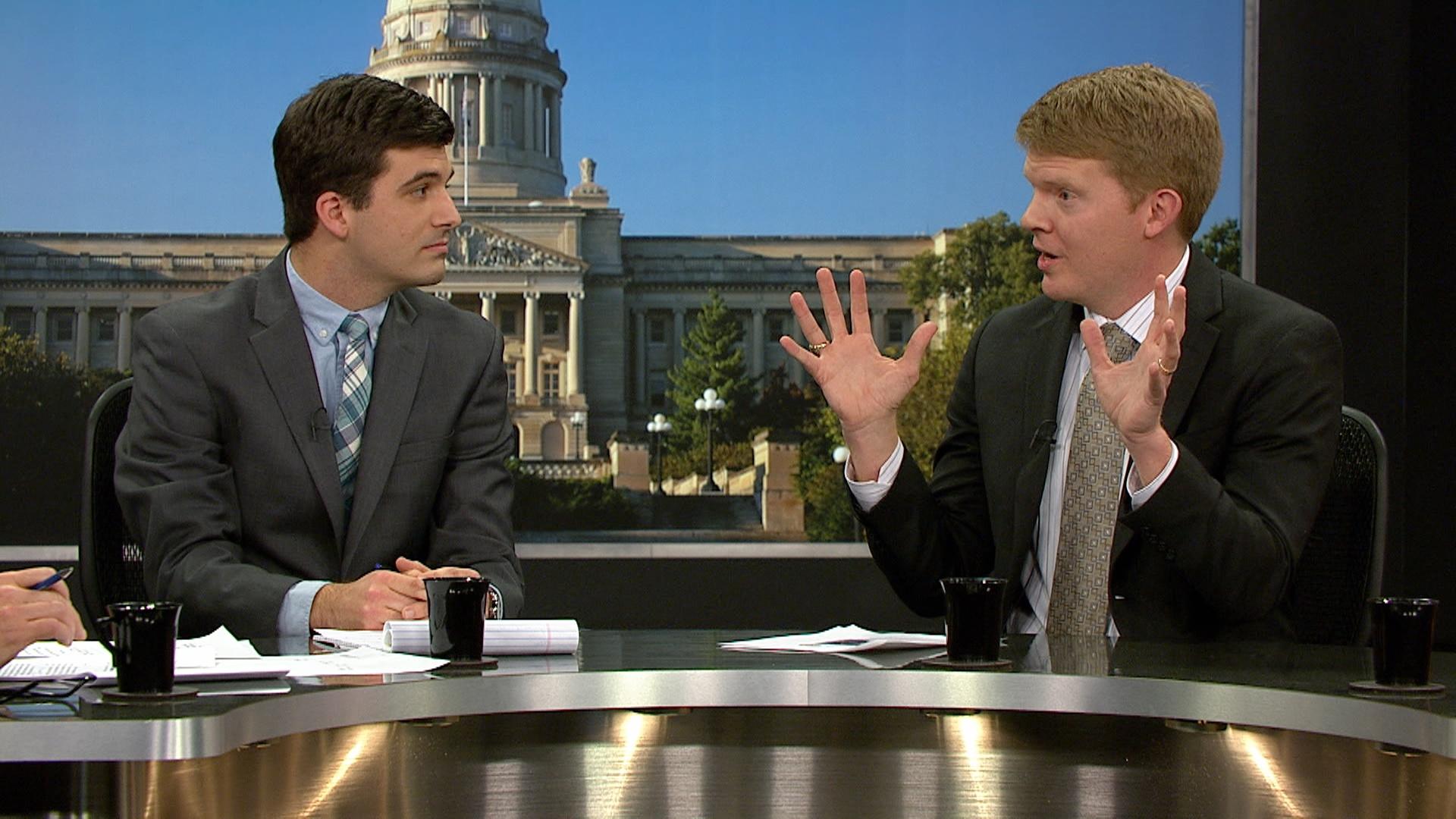