Journalists from around the state discuss the year ahead with host Bill Bryant. Guests: Jack Brammer from the Lexington Herald-Leader; Ronnie Ellis from CNHI News Service; and Deborah Yetter from the Louisville Courier-Journal.
Season 42 Episode 9 Length 26:31 Premiere: 01/01/16

The Comment on Kentucky journalists kicked off the new year with a preview of what they expect from the 2016 session of the General Assembly. Here are five takeaways from the conversation featuring Jack Brammer of the Lexington Herald-Leader, Ronnie Ellis of CNHI News Service, and Deborah Yetter of the Louisville Courier-Journal.

1. Getting Off to a Slow Start
When lawmakers convene at noon on Jan. 5, they’ll have just 60 days to conduct their legislative business and pass a new biennial budget for the commonwealth. But the reporters don’t expect much of substance to occur during the first three weeks of the session.

That’s because Tuesday, January 26 is the day Gov. Matt Bevin will present his budget to the General Assembly. Ronnie Ellis says lawmakers will likely want to wait and see what Bevin proposes.

More importantly, that day is also the filing deadline for candidates running in state House and Senate races this year. Ellis says sitting legislators, especially House Democrats, will be leery to cast any significant votes until they know what opposition they might face in the in the November elections.

2. Pension Tensions
To begin addressing the billions in unfunded state pension liabilities, Gov. Bevin has proposed moving all new hires to a 401(k)-type plan. He also wants to provide incentives to current employees to get them to switch from the existing defined-benefit plan to a new defined-contribution plan. But the journalists say Bevin may have a tough time selling that proposal to lawmakers.

Deborah Yetter says part of the problem is that moving new hires to a 401(k) plan will drain financial resources away from the existing pension liabilities. She says Bevin acknowledges that issue, but he says that the retirement plans are already losing money so something new must be done.

Another issue is finding enough money to make the full actuarially required contributions to the retirement systems, much less pay down the debts in those plans. Jack Brammer says lawmakers don’t want to raise taxes, and Republicans oppose issuing bonds to fund the systems, so that requires allocating more of the state budget to pension payments. Brammer says that in an election year, incumbent legislators won’t like sacrificing money they hope to secure for pet projects in their home districts.

3. Reversing Beshear’s Health Care Actions
Gov. Bevin also says he will end the state’s health insurance exchange Kynect, which was launched by former Gov. Steve Beshear, and move consumers to the federal exchange. He also wants to secure a federal waiver to develop a new Medicaid system for Kentucky.

Yetter says closing a state exchange is a complicated process that requires federal approval and a 12-month notice. Plus, Ellis says ending Kynect will cost some $23 million in database transfer and other technology expenses.

Bevin’s position on the state’s Medicaid expansion, which was also implemented by Beshear, evolved during the gubernatorial campaign. Yetter says the Republican started with a call to completely roll back the expansion. But after discussions with state Senate President Robert Stivers (R-Manchester), Yetter says Bevin softened his stance on the issue. Ellis says Stivers likely intervened because many of the people who were added to the Medicaid rolls live in Republican districts in eastern Kentucky.

Now, Bevin touts the Indiana model for Medicaid that requires beneficiaries to make small premium payments and charges modest copays for certain services. Yetter says that since the federal government caps Medicaid premiums, it’s possible that it would cost more money to collect and process the premiums than would be generated by charging them.

As for Medicaid copays, Ellis says some health care providers oppose those because if the patient fails to make that payment, the provider is stuck with the charge for the services.

4. Education Issues
Another priority for Bevin and Republicans will be some form of school choice. Jack Brammer says Bevin named Louisville businessman Hal Heiner, one of his opponents in last year’s Republican gubernatorial primary, to be secretary of the Education and Workforce Development Cabinet because of Heiner’s advocacy for charter schools.

Ronnie Ellis says House Democrats may be open to allowing a pilot project of charter schools. But he says Democrats, as long as they maintain control of the House, will fight vouchers because they oppose allowing public funds to go to private schools.

5. Old Favorites Will Be Revived Once More
The journalists expect a number of other bills that have failed in recent years to come up again this session. There’s the local option sales tax (also known as LIFT), which would allow communities to vote on a time-limited increase in the local sales tax to fund a specific construction project. Although taxes are generally opposed, the LIFT idea has the support of the Kentucky Chamber of Commerce, the Kentucky League of Cities, and the Kentucky Association of Counties.

Enacting LIFT would take a constitutional amendment. Brammer says that Bevin has pledged not to oppose the idea, but he says the governor won’t advocate for it either.

Bevin also says he wants to eliminate the inheritance tax and the inventory tax, but Brammer says the governor will likely delay any further tax overhauls until later.

Before he left office, former Gov. Beshear issued an executive order to restore voting rights to certain felons who had completed their sentences. Gov. Bevin rescinded that order, saying the matter should be decided by the legislature. Voting rights restoration has had bipartisan support, but Brammer says Senate Majority Floor Leader Damon Thayer (R-Georgetown) helped kill a restoration bill in the last legislative session.

And the fates of two other Republican favorites will hinge on whether Democrats maintain control of the state House. Ronnie Ellis says right to work legislation and an effort to move the election dates for statewide constitutional offices to presidential election years will sail out of the Republican-controlled Senate, but will once again die in the lower chamber as long as Democrats hold the majority there. 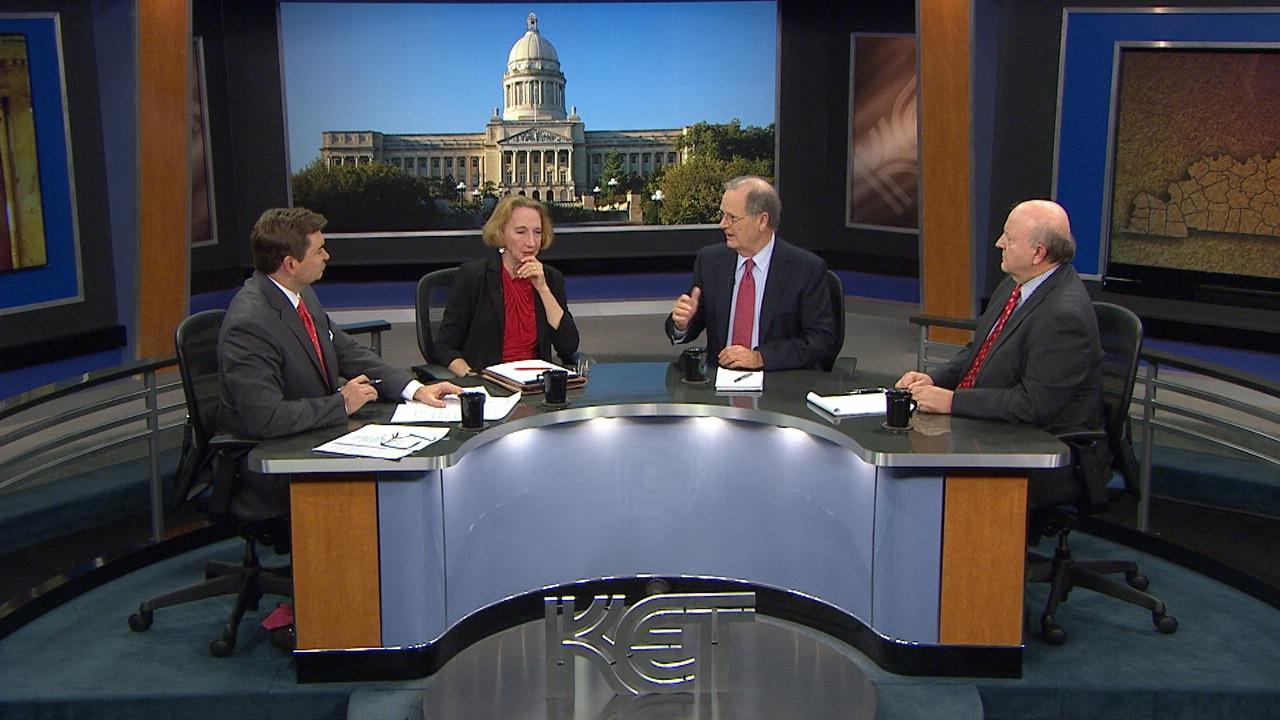