Journalists from around the state discuss news of the week with host Bill Bryant. Guests: Adam Beam from the Associated Press; Lawrence Smith from WDRB-TV in Louisville; and Morgan Watkins from the Louisville Courier-Journal.
S43 E8 Length 26:31 Premiere: 1.13.17

After a busy week that saw lawmakers enact significant changes to organized labor, abortion access, and governance at the University of Louisville, it’s easy to wonder, what’s next? With more than three weeks left in the General Assembly session, the Republican majorities in Frankfort have plenty of time to approve other legislative priorities they’ve long sought.

The journalists on Comment on Kentucky discussed what lies ahead, both for the bills already passed and new ones the GOP-controlled House and Senate might pursue.

Pro-Business Bills Enacted
Lawmakers approved and Gov. Matt Bevin signed into law measures to make Kentucky a right-to-work state and erase prevailing wage laws for public works construction projects. State Republicans and pro-business interests in the commonwealth had long sought both bills, which had been blocked when the House was under Democratic control. Lawrence Smith of WDRB-TV in Louisville says Democrats and labor leaders opposed the laws, arguing they would weaken unions and drive down wages for workers.

Hundreds of pro-labor protesters crowded the Capitol Rotunda on Saturday, Jan. 7, when the state Senate gave final passage to the bills. Adam Beam of the Associated Press says their chants of “We will remember in November” were so loud that Senate President Robert Stivers (R-Manchester) ordered the doors to the chamber to remain closed so lawmakers could hear themselves conduct business.

That fervor carried through to floor speeches by Democrats who argued against both bills. House Floor Minority Leader Rocky Adkins (D-Sandy Hook) was screaming his opposition to fellow lawmakers in that chamber, according to Beam. Beam says he’s never seen anyone speak that adamantly on the House floor.

Smith says chamber of commerce officials in Elizabethtown are “practically giddy” about the prospects of luring new business under the right-to-work designation, which means employees no longer have to pay dues to a union that operates in their workplace. Hardin County, along with several other Kentucky counties, had enacted their own local right-to-work ordinances after previous statewide bills failed.

The AFL-CIO won an initial legal battle to overturn the Hardin County ordinance, but a federal appeals court later reversed that decision. Beam says business leaders hoped that case would go to the U.S. Supreme Court, where a favorable ruling would set a precedent for other local communities nationwide to enact similar right-to-work measures. The new state law supersedes the local ordinances already passed in the commonwealth and makes the Hardin County case moot.

Abortion Limits Enacted
Lawmakers also passed bills to ban abortions after the 20th week of pregnancy and to require women to undergo an ultrasound before having an abortion. Beam says GOP lawmakers want to focus Kentucky’s legislative session on economic policies rather than on potentially divisive social issues like the controversial transgender bathroom law that North Carolina passed. But Beam says Republican leaders needed to mollify religious conservatives in their base, so they passed the abortion limits.

Democrats tried to amend the 20-week ban by adding an exception for victims of rape and incest, which Republicans defeated. Beam says Democrats also tried to include an amendment banning all abortions as a way to force Republicans to vote against allowing any woman to have the procedure. That amendment also failed.

In the end, Beam says the ultrasound measure was the most bipartisan bill the House passed during the opening week of the General Assembly. It advanced on an 83 to 12 vote, which means nearly two-thirds of House Democrats voted for the bill, according to Beam.

The American Civil Liberties Union has filed suit to block the ultrasound bill, which it says violates a woman’s right to privacy. Kentucky Attorney General Andy Beshear said he would defend the ultrasound measure, but not the 20-week abortion ban should it face a legal challenge because he says that law is unconstitutional. Smith says Gov. Bevin went live on Facebook to criticize Beshear, saying the attorney general should do his job and not pander to his liberal base. Smith says the legislation includes a provision to create a legal fund to pay for outside counsel to defend the ban if necessary.

Morgan Watkins of the Louisville Courier-Journal says Planned Parenthood argues that the 20-week ban is clearly unconstitutional, but says that it’s uncertain who might actually challenge the limit in court. She says there’s some concern among pro-choice advocates about filing a lawsuit that could go to the U.S. Supreme Court and risk overturning Roe v. Wade.

Another Board for U of L
Gov. Bevin is expected to announce this week his selections for another new University of Louisville Board of Trustees. Senate Bill 12 essentially codifies Bevin’s previous attempt to remake the U of L board. As enacted, the legislation abolishes the existing board and allows Bevin to select 10 new members from a list of 30 candidates provided by the Governor’s Postsecondary Education Nominating Committee. The state Senate will then confirm Bevin’s selections.

Watkins says the list submitted to Bevin was confidential as of Friday, Jan. 13. She says she’s curious to see how many of those names match the candidates the nominating committee submitted to the governor last summer when he initially tried to overhaul and downsize the university’s board.

The Southern Association of Colleges and Schools (SACS) placed U of L on a one-year probation over concerns of “undue political influence” from Bevin’s move to restructure the board and oust former university President James Ramsey. Beam says a letter from SACS seemed to indicate approval of the new state law to remake the U of L board.  But he says a subsequent statement from the accrediting body backed away from that position. He says a further decision from SACS on the status of U of L’s accreditation isn’t expected until September.

Previewing the Rest of the Session
The General Assembly reconvenes on Feb. 7 to complete the remaining 24 days of the legislative session. Beam says GOP leaders have pledged a slower pace when they return to work, but he says many legislative priorities remain for the Republican majority.

Senate President Stivers has filed a bill that would give the governor greater authority over the governing boards of all the state’s public universities. Beam says the legislation allows the governor to replace individual trustees or entire boards if they can’t reach consensus on fulfilling their statutory duties as well as other criteria. Beam says the present wording of the bill is vague and would allow the governor to determine whether a board is failing its obligations.

Lawmakers will also hear from a special committee convened by the governor to review the state’s penal codes. Beam says they may recommend easing the threshold for felony convictions as a way to reduce the state’s prison population.

The journalists say legislators may also consider a bill to allow Kentuckians to carry a concealed weapon without having to have a permit, a measure to move the election of governors and other statewide constitutional officers to presidential election years, and a proposal to allow charter schools in Fayette and Jefferson Counties. 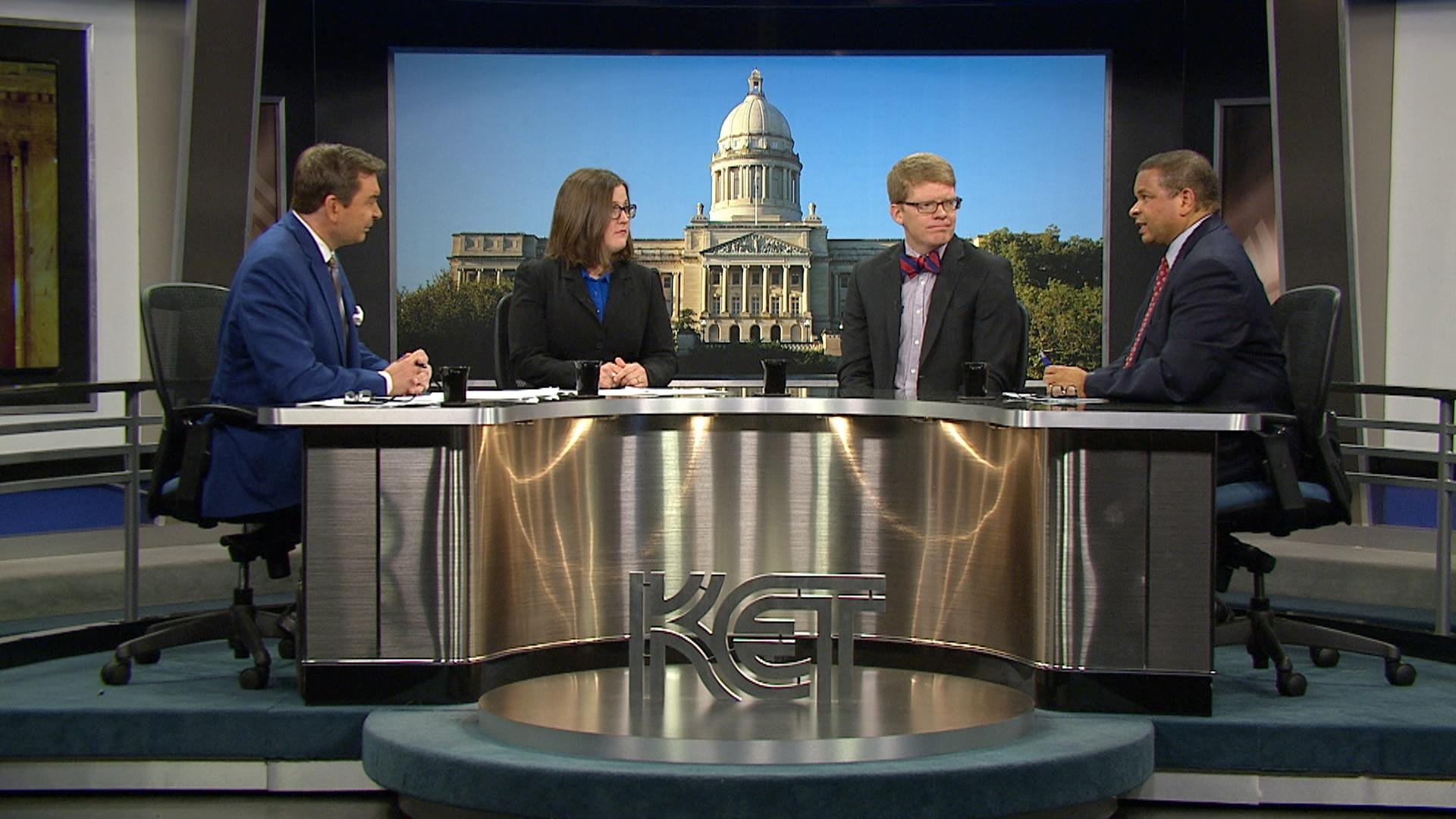