Despite predictions that history might be made at the state capitol, the second week of the General Assembly ended up being fairly routine as Democrats kept control of the state House – at least for now.

The journalists on Comment on Kentucky recapped the legislative drama and discussed a big change for some food stamp recipients.

Intrigue in the House
Speculation was rampant among politicians and the media at the start of last week over what, if anything, might come of House Minority Floor Leader Jeff Hoover’s claim that Monday, Jan. 11, “could be a historic day” in the lower chamber. But the week came and went without any further changes in the thin majority held by House Democrats. Some had wondered if one or more Democrats might switch party affiliation, take a job in the Bevin Administration, or choose to caucus with House Republicans.

Joe Gerth of the Louisville Courier-Journal says Hoover (R-Jamestown) thought a deal had been made that might have shifted the balance of power in the chamber. But when nothing happened, Gerth says Hoover could only respond that the House wouldn’t be flipped overnight.

Speaker Greg Stumbo (D-Prestonsburg) continues his battle to maintain Democratic power in the House. Adam Beam of the Associated Press says Stumbo has elevated Democrats from especially conservative districts to positions of greater power as a way to keep them in the party fold. For example, Beam says Stumbo made Rep. Fitz Steele (D-Hazard) the new chair of the House Natural Resources and Environment Committee. Beam says the conservative Steele has been described as the most Republican of Democrats.

The next key date in the battle for House control will be January 26. That’s the filing deadline for the fall elections, so sitting lawmakers will know what competition they may face for re-election. Then on March 8, special elections to fill four open House seats will be held. Joe Gerth says Gov. Matt Bevin is hosting a $2,500-a-person fundraiser in Louisville this week, and much of the proceeds from that event are expected to help support Republican candidates in those races.

Food Stamp Changes
A statewide waiver that meant food stamp recipients wouldn’t have to work or go to school is coming to an end for 17,500 beneficiaries. Adam Beam says food stamp eligibility generally requires that able-bodied people – those 18 to 50 years old who have no dependents – either have to work, volunteer, or go to school in order to receive assistance. But during the recession, that mandate was suspended because jobs were difficult to find for so many people.

Although the waiver ended Jan. 1, Beam says the state was able to get an extension for most counties. But beneficiaries in eight central and western Kentucky counties will now have to document their work or school activities or else their benefits will be terminated.

While the state’s economy is improving, personal incomes are still lagging, according to Marcus Green of WDRB-TV in Louisville. He says recent census data indicates median household incomes are growing across Kentucky – but when adjusted for inflation, Green says those incomes are actually declining in all but four counties.

Senate Republicans have pushed similar legislation for several years, and Gerth says the idea will continue to founder as long as Democrats control the House.

As a result of the cuts, Marcus Green says counties will receive 16 percent less in road fund dollars for local construction projects. He says that will hit smaller and poorer counties especially hard.

The gas tax is tied to the wholesale price of fuel. In the 2015 legislative session, lawmakers set a limit on how low the tax could drop. Green says that will help stabilize gas tax revenues, but he says it will be at least 2020 before those tax receipts fully rebound. 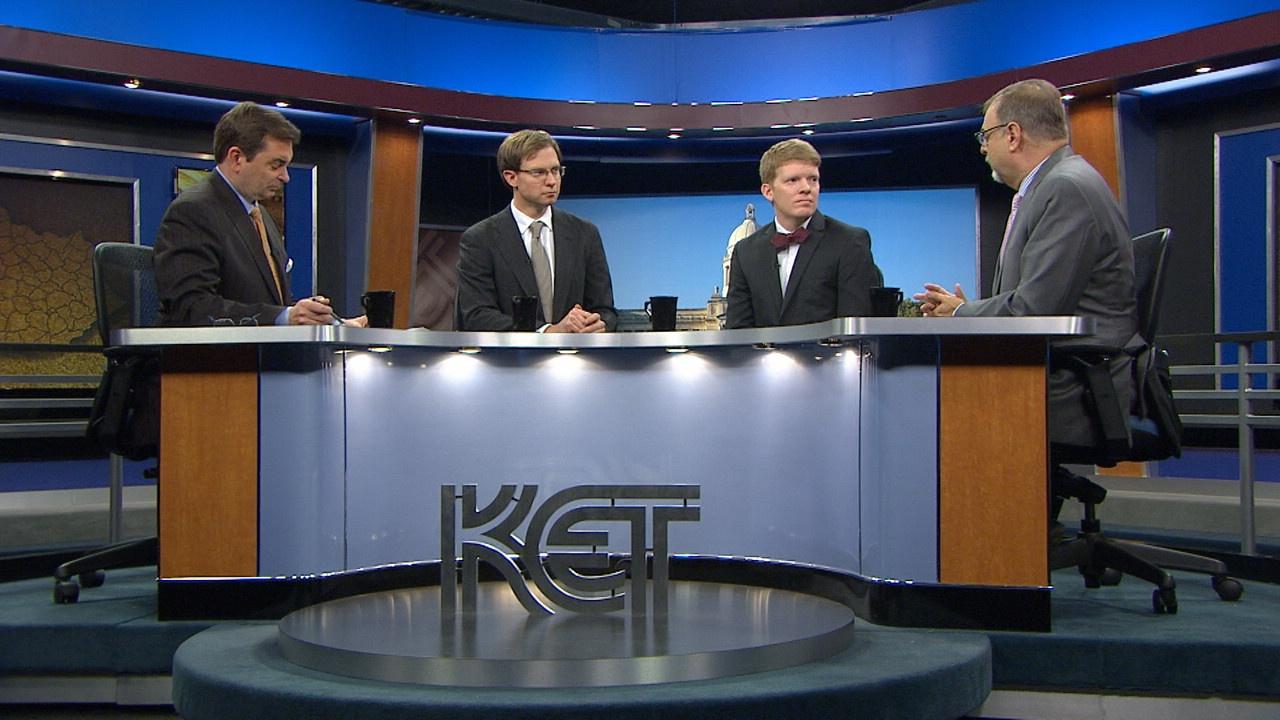