As the clock ticks down to the January 27 candidate-filing deadline, speculation is on the rise about who else might step forward to run for state constitutional offices. The panel on this weekend’s Comment on Kentucky listed a few of those candidates as they discussed the latest in the 2015 governor’s race and other statewide contests.

Nick Storm of cn|2 says it’s unusual for both members of a ticket to hail from the same region of the commonwealth. He says gubernatorial candidates often select a lieutenant governor candidate from a different part of the state to broaden their base of support. But Storm says Scott downplayed that issue in his announcement. He says a key item in Scott’s platform is to promote expanded gaming, with proceeds going to the unfunded liabilities in the state pension system.

Scott served on the state Supreme Court for a decade, and had made unsuccessful bids for state Attorney General and U.S. Congress. Bill Estep of the Lexington Herald-Leader describes Scott as a dynamic speaker who’s comfortable on the campaign trail. Estep says it’s too early to tell how Scott will affect the political dynamics of the Republican primary.

WKYT-TV’s Bill Bryant interviewed Conway about his candidacy, and he asked if Conway had voted for Barak Obama for president. Bryant reports Conway responded by saying he did and then he sued the Obama Administration over coal-related issues. Nick Storm says Conway also admitted to not trusting his own instincts in his 2010 bid for U.S. Senate, especially when he allowed his campaign consultants to move forward with a controversial attack on Rand Paul, the infamous “Aqua Buddha” ad.

Other Issues in the News
Even as the General Assembly stands in recess until February, the debate over heroin legislation continues. The Senate passed a bill to address the epidemic that requires those convicted of selling heroin to serve at least half of their sentences. Miranda Combs of WKYT in Lexington says lawmakers are concerned about so-called “frequent flyers,” those drug dealers that repeatedly move in and out of jail. But she reports judges are frustrated that the number of drug cases exacerbates over-crowded jails and under-funded judicial systems.

Combs also reports on two investigations her station recently conducted. One dealt with faulty highway guardrail end caps that could cost the state millions of dollars to locate and repair. Another story explored substandard football helmets used by schools across the state.

And Bill Estep tells how Kentucky may be poised for a boom in natural gas production. He says a layer of shale two miles below eastern Kentucky is drawing the attention of oil and gas speculators who are buying leases at record rates in some counties. Companies would tap the gas trapped in that shale using an environmentally controversial process called hydraulic fracturing, or fracking. 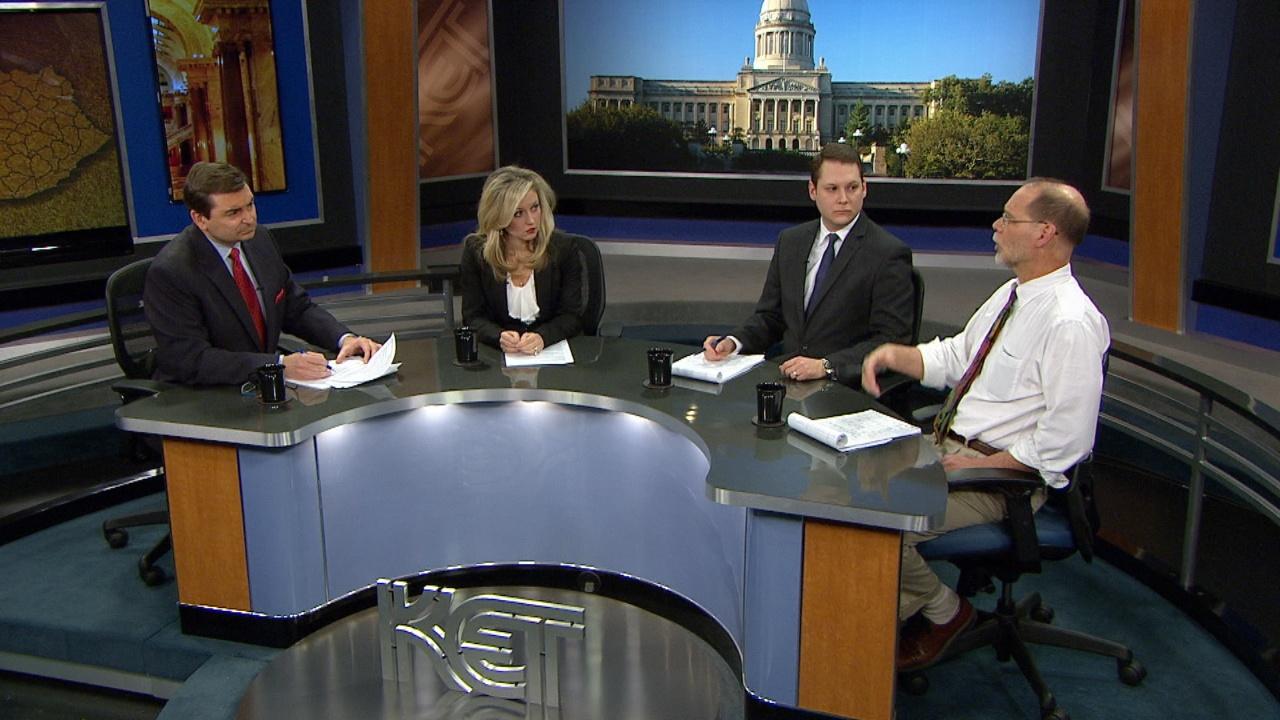