Journalists from around the state discuss news of the week with host Bill Bryant. Guests: Bill Estep from the Lexington Herald-Leader; Chris Otts from WDRB in Louisville; and Deborah Yetter from the Louisville Courier-Journal.
S43 E9 Length 26:32 Premiere: 1.20.17

As the first full week of the Donald Trump presidency begins, many questions remain about how the business tycoon will work with or against Congress as he takes the reins of government.

The journalists on KET’s Comment on Kentucky discussed how the new administration might proceed on health care, coal, and other issues of particular interest to those in the commonwealth.

Consequences of Obamacare Repeal
Deborah Yetter of The Courier-Journal says Trump is seen by many Washington insiders as a wild card who even fellow Republicans view with varying degrees of uncertainty. She says it remains to seen how well GOP leaders in Congress will get the president to do what they want, or vice versa.

Trump took a number of shots at the Beltway establishment during his inaugural address. Some analysts interpreted his remarks to indicate that the president would take a hands-off approach to legislating, according to Bill Estep of the Lexington Herald-Leader. He says that would give House Speaker Paul Ryan and Senate Majority Leader Mitch McConnell of Kentucky more say in setting the legislative agenda.

A top priority for both the president and Congress is a repeal of the Affordable Care Act (also known as Obamacare). In addition to affecting individual policyholders, a new study indicates that repeal could have a dramatic economic impact as well. Estep reports that The Commonwealth Fund, a nonprofit think tank based in New York, says Kentucky would loose 45,000 health care jobs in 2019 if premium incentives and Medicaid expansion are eliminated.

Hospitals might also take a hit, says Yetter. She says rates of uncompensated care for hospitals around the state have plummeted now that more people have health insurance. Yetter says before the ACA, about 20 percent of Kentuckians were uninsured. Now only about 6 percent have no health insurance coverage. If that rate were to go back up, she says it’s estimated that hospitals could again face billions of dollars in unpaid bills. Yetter says the American Hospital Association is urging the Trump Administration to proceed cautiously on Obamacare.

The Bevin administration is awaiting word on its application to overhaul the state’s Medicaid program. Yetter says the prospects for the governor’s waiver request dramatically improved with Trump’s victory in November. But she says no one knows how a possible repeal of the ACA might affect Bevin’s Medicaid plans.

The Future for Coal
On the campaign trail, candidate Trump promised to revitalize the coal industry. But what can President Trump do to bring coal jobs back to Kentucky?

Estep says the Republican wants to cut regulations that limit and air and water pollution from the mining and burning of coal. And the new White House website says the Trump Administration supports clean coal technology. But Estep notes that three of the president’s cabinet nominees have strong ties to the oil and gas industry: Oklahoma Attorney General (and Kentucky native) Scott Pruitt to head the Environmental Protection Agency, former Exxon Mobil Chairman and CEO Rex Tillerson as Secretary of State, and former Texas Gov. Rick Perry as Secretary of Energy.

Employment in the state’s coalfields has declined for the last three decades, largely due to mechanization, according to Estep. In more recent years, production has declined as well, especially as cheap natural gas flooded the energy market. Estep says leaders in eastern Kentucky believe coal can make a comeback but he says they doubt employment can rebound to where it was even five years ago. He says the issue is market forces more than the regulatory environment.

Earlier this month the U.S. Dept. of Labor awarded an $11 million grant to the Eastern Kentucky Concentrated Employment Program in Hazard. Estep says those funds will be used to expand a retraining program for unemployed coal miners.

Immigration, Housing and Jobs
Despite the president’s pledge to toughen immigration policies, civic leaders in Louisville are pushing an effort to bring more immigrants to that city.

Chris Otts of WDRB-TV in Louisville says the mayor and chamber of commerce officials recently unveiled a plan to grow the foreign-born population and workforce in Jefferson County. Otts says the community wants to be seen as welcoming as possible to international immigrants. Data indicates that Louisville would be losing population were it not for immigrants. Otts says local leaders hope the effort to attract more immigrants will boost the economy and give the city a more cosmopolitan feel.

The manufacturing sector in Metro Louisville and the adjoining southern Indiana counties has rebounded from the recession, according to Otts. He says there are now more manufacturing jobs in the region than there were before the downturn. He says business leaders are optimistic that the new Republican administration will help continue that employment growth.

But Louisville does face a tight housing market. Home sales in 2016 were up over the previous year. Otts says it’s a sellers’ market since the inventory of homes for sale is actually down. Yetter adds that availability of affordable housing is also an issue. She says many low-income individuals have difficulty buying or renting property in Louisville on their current earnings.

Other River City News
The new University of Louisville Board of Trustees had its first meeting over the weekend. Yetter says the 10 new members selected by Gov. Matt Bevin convened even though they’ve yet to receive state Senate confirmation. She says the law which legislators passed in early January allows the new trustees to start work as long as they are confirmed the next time the Senate comes into session. (The General Assembly reconvenes on Feb. 7.)

Yetter says the board wants to launch the search for a new U of L president. Former President James Ramsey resigned last July, and interim President Neville Pinto recently accepted the head job at the University of Cincinnati.

Otts says the new U of L board also wants to review a number of investment and employment policies relating to the University of Louisville Foundation. U of L remains on probation from the Southern Association of Colleges and Schools (SACS) over concerns of “undue political influence” arising from Ramsey’s departure and Gov. Bevin’s efforts to restructure the board of trustees.

Workers at GE’s Appliance Park have ratified a new labor contract. Otts says the existing collective bargaining agreement at the facility is not affected by the state’s new right-to-work law, but he says future renewals will be. At that point, workers will have to decide whether they want to pay for union representation, which is no longer mandated under the right-to-work status. Otts says it will be interesting to see if the union there remains cohesive when workers don’t have to pay dues and fees.

And a ruling is expected soon on the proposed merger between Louisville-based Humana and insurance giant Aetna. The U.S. Dept. of Justice sued to block the deal and Otts says a federal judge will determine whether the merger can proceed. The city would lose a corporate headquarters if Aetna absorbs Humana, but Otts says Aetna has pledged to keep a division of the merged company in Louisville. [UPDATE: On Monday afternoon U.S. District Judge John D. Bates blocked Aetna’s acquisition of Humana on antitrust grounds.] 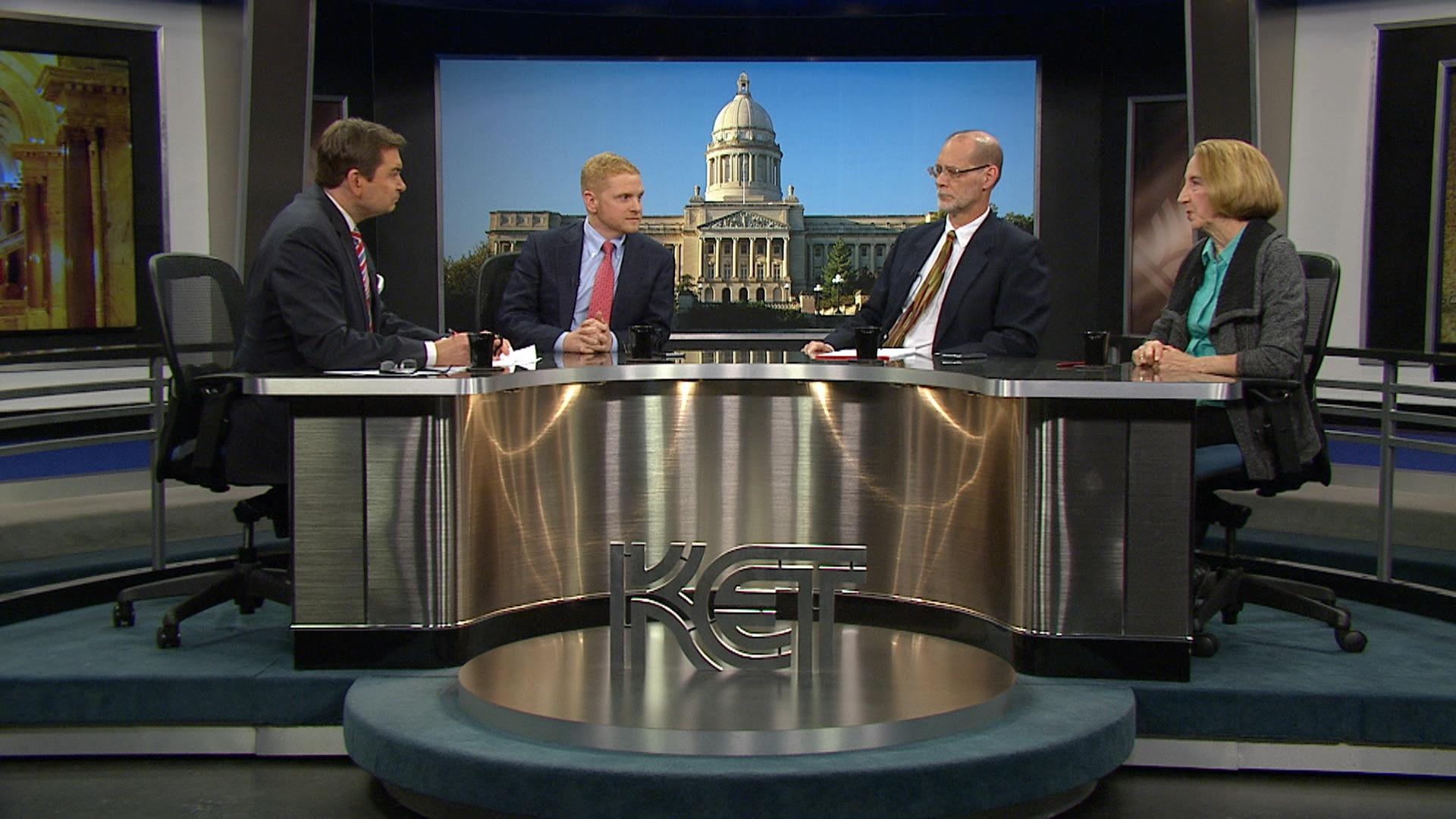