Journalists from around the state discuss news of the week with host Bill Bryant. Guests: Ryland Barton from Kentucky Public Radio; Adam Beam from the Associated Press; and Jack Brammer from the Lexington Herald-Leader.
S42 E12 Length 26:31 Premiere: 1.22.16

The snow that blanketed Frankfort last Friday may be nothing compared to the storm that could settle over the state capitol on Jan. 26 when Gov. Matt Bevin presents his budget to the General Assembly.

The journalists on Comment on Kentucky previewed the governor’s budget address and recapped several bills moving through the legislature.

Budget Rumors Raise Fears
Lawmakers and the public will get a sense of Gov. Bevin’s spending priorities during his budget speech to a joint session of the state House and Senate. Ryland Barton of WFPL Radio in Louisville says Senate President Robert Stivers (R-Manchester) made the ominous prediction that the new state budget could be the most austere spending plan he’s seen in his 20 years in the legislature. Payments for the state pension systems and Medicaid expansion are expected to dominate the budget for the new biennium.

The prospect of no pay raises, no building projects, and possible program cuts has left state employees feeling apprehensive about their jobs, according to Jack Brammer of the Lexington Herald-Leader. For example, he says rumors are circulating that funds for the Kentucky Arts Council and outdoor theater productions may be cut. Although Bevin campaigned on eliminating the inventory and inheritance taxes, Brammer wonders how prudent that idea is since it would eliminate upwards of $300 million in revenues for the state.

Bevin’s spending plan will go first to the House budget committee, then to the full House before moving up to the Senate. Brammer says it will be up to a conference committee of lawmakers from both chambers to finalize a compromise budget for the commonwealth.

Candidates for the November Elections
Jan. 26 also marks the filing deadline for candidates in state and federal races this fall. Questions remain over whether any prominent Democrat will file to run for U.S. Senate in hopes of challenging Sen. Rand Paul. Adam Beam of the Associated Press says all signs point to Lexington Mayor Jim Gray entering the Democratic primary for that contest.

In central Kentucky’s 6th Congressional district, longtime social activist Nancy Jo Kemper filed to run against U.S. Rep. Andy Barr. Kemper is a former executive director of the Kentucky Council of Churches, and a minister in Woodford County. She will face Geoff Young and Michael Coblenz in the Democratic primary.

Tuesday’s deadline will also set up new battle lines for control of the state House of Representatives as incumbents file for re-election and see what challengers they will face in November.

Bills Make Early Advances
A measure to require women seeking an abortion to have an in-person consultation with a medical professional 24 hours prior to the procedure passed the Senate last week. Ryland Barton says current law allows those consultations to occur by telephone, sometimes in the form of a recorded message. Supporters of Senate Bill 4 contend information about the procedure should be conveyed in a face-to-face conversation.

In previous years, similar legislation has died in the House. But Adam Beam says that this year the House has already approved two procedural votes by significant margins to bring the bill to the chamber’s floor. Beam says this illustrates changing attitudes within the Democratic caucus and the increasing power of the Republican minority in the House.

A Senate committee advanced a measure meant to drain funding away from Planned Parenthood clinics in the commonwealth. Barton says the bill would allow the state to continue to receive federal dollars for family planning and women’s health services, but those funds would be directed first to local health departments and clinics. Any remaining money could then go to Planned Parenthood facilities.

Another bill that cleared the Senate last week toughens penalties for driving under the influence. Under current law, if a motorist with a drunk-driving offense goes five years without another charge, their record is reset and any subsequent charge would be considered another first offense, which carries no jail time. Senate Bill 56 would extend that so-called look-back period from five to 10 years.

Beam says the new legislation would result in more repeat DUI offenders, which would mean more people sentenced to jail. That would create more work for local jails to house those offenders, and more financial stress on counties that manage those jails.

And the House has passed a measure to expunge the criminal records of certain low level, non-violent felony offenders. Although the legislation has bipartisan support, and the backing of civil rights and business groups, Jack Brammer says Senate leaders have expressed concerns about the bill. Brammer adds that even Gov. Bevin, who supported the idea of expungement during his gubernatorial campaign and at a recent Capitol Rotunda rally, says this proposal may go too far.

Other bills that will likely be mired in the partisan divide between the Democratic-controlled House and Republican-controlled Senate include House Speaker Greg Stumbo’s push to raise the minimum wage and a bill sponsored by Reps. Reginald Meeks and Darryl Owens, both Louisville Democrats, to allow for early voting without an excuse. 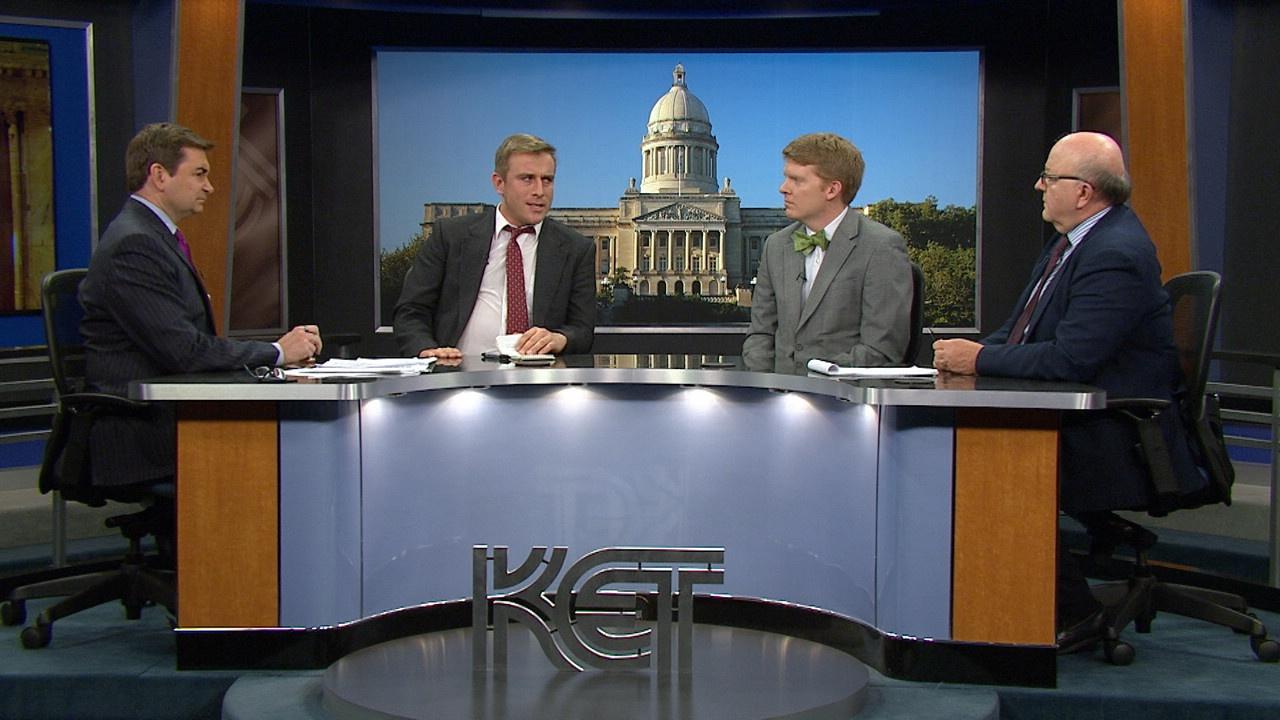