Journalists from around the state discuss news of the week with host Bill Bryant, including news on opioid abuse in Northern Kentucky and the latest feud between Gov. Matt Bevin and Attorney General Andy Beshear. Guests: Jack Brammer from the Lexington Herald-Leader; Nick Storm from Pure Politics on Spectrum News; and Scott Wartman from the Kentucky Enquirer.
S43 E10 Length 26:33 Premiere: 1.27.17

Even with the state legislature in recess until Feb. 7, there’s no shortage of other news coming from Frankfort and Washington.

The journalists on Comment on Kentucky discussed the latest round in the ongoing feud between Gov. Matt Bevin and state Attorney General Andy Beshear, as well as reaction to the first week of the Trump administration and the latest stories from northern Kentucky.

Defense of Abortion Law Questioned
The war of words between Gov. Bevin and Attorney General Andy Beshear entered a new phase last week. The Republican governor posted a Facebook video in which he criticized Beshear for not doing his duty to defend the laws of the commonwealth, specifically concerning two-recently enacted abortion measures. Earlier this month, the legislature passed and Bevin signed into law bills to ban abortions after the 20th week of pregnancy and to require women seeking an abortion to first have an ultrasound.

Beshear, a Democrat, says he will defend the ultrasound bill, which the American Civil Liberties Union has sued to block. No lawsuits have yet been filed against the 20-week ban on abortions, and Beshear has said he won’t defend that law because he contends it’s “clearly unconstitutional.”

Jack Brammer of the Lexington Herald-Leader says the governor charges that Beshear isn’t mounting a proper defense of the ultrasound law because the attorney general didn’t oppose a motion by the ACLU to temporarily block its enforcement. But Brammer says Beshear didn’t argue against that motion because he wants to have the entire ACLU lawsuit dismissed. Instead of questioning Beshear’s tactics, the governor’s video remarks appeared to claim that the attorney general simply wasn’t doing his job, according to Brammer.

In the five-minute Facebook video, Bevin also said that Beshear has friends in the media who “support” the attorney general. The governor specifically called out Louisville Courier-Journal reporter Deborah Yetter because he alleges she “chose to intentionally to disregard the truth” and “perpetrated a lie” in a story about the legal challenge to the ultrasound law.

Brammer says he believes Yetter’s story was accurate in that it simply outlined an upcoming court date for the suit and Beshear’s defense of the law. Brammer says Yetter is a tenacious and honest reporter who also drew the ire of former Gov. Steve Beshear, a Democrat and father of Andy Beshear. Yetter reported on the Beshear administration’s efforts to withhold details about the deaths of children held in state care.

This is the second time Bevin has publicly criticized a specific journalist, says Brammer.

The Trump Administration’s First Week
Kentuckians attended both the Women’s March on Washington on Jan. 21 and the March for Life on Jan. 27. Storm says about 1,000 women traveled to the nation’s capital to protest the policies of the incoming Trump administration. He says similar rallies were held around the country, including several in the commonwealth. Storm says a march in Lexington featured Democratic state Reps. Kelly Flood and Attica Scott, while 3rd district Congressman John Yarmuth spoke at a rally in Louisville.

The pro-life march in Washington featured a speech by Vice President Mike Pence. Brammer says that the former Indiana governor told the crowd that “life is winning again in America.” Brammer says the abortion issue got many evangelical Christians to vote for the Republican presidential ticket even though some of them dislike Donald Trump’s temperament and behavior.

Kentucky Secretary of State Alison Lundergan Grimes joined a bipartisan group of other secretaries of state to denounce President Trump’s allegations that millions of illegal votes were cast in last year’s election. Storm reports that Grimes says Trump’s statements are false and that Kentucky’s votes have been verified as proper.

U.S. Senate Majority Leader Mitch McConnell is encouraging the president to maintain sanctions against Russia. Storm says McConnell also attended a pre-inauguration meeting with delegates from the Baltic states of Eastern Europe that was organized by former U.S. Ambassador to Latvia Cathy Bailey. Storm says those nations fear they may face Russian aggression similar to the 2014 annexation of Crimea by the Russian Federation. Bailey, a Kentucky native and GOP fundraiser, served under President George W. Bush.

And Sen. Rand Paul introduced his Affordable Care Act replacement bill last week. Storm says one facet of Paul’s proposal gives those with pre-existing conditions a two-year window to sign up for insurance. After that time, Storm says that provision would sunset. He says Paul’s legislation is one of three Republican-sponsored replacement bills currently before Congress.

Northern Kentucky News
Is building a new Ohio River bridge from northern Kentucky to Cincinnati a top infrastructure priority for the Trump administration? A recently disclosed document seems to put a Brent Spence Bridge replacement as the number two project for the president, but Scott Wartman of the Kentucky Enquirer says no one is certain if that document is accurate or even authentic.

Wartman says Trump has pledged to build a new bridge in the region and pay the $2.5 billion price tag by diverting funds away from the United Nations. Wartman says there are questions about whether Trump could actually do that. Gov. Bevin as well as other Kentucky and Ohio lawmakers have encouraged the new president to make a new bridge for the region a priority.

The operators of a methadone clinic in Covington are lobbying local officials to prevent a second facility from opening in the city. Wartman says a Florida company plans to open a new clinic a few blocks away from the existing clinic, but the owners of the existing clinic contend the new one would cause parking problems and bring down the neighborhood. Wartman says methadone clinic operators are sensing a business opportunity in the drug-ravaged community. He says the current facility has a steady stream of customers and often has clients lined up outside the door.

In a settlement with the U.S. Dept. of Justice, the Covington Independent School district has agreed to change its policies for handling unruly elementary school students. Wartman says the issue stems from a two-year old viral video of a school resource officer using handcuffs to restrain a third grader with attention deficit disorder. He says the district will remove resource officers from Covington elementary schools unless there’s an emergency situation, and that schools will no longer quarantine disruptive children in quiet rooms.

And Northern Kentucky University is looking for a new president. Wartman says Geoffrey Mearns is leaving the Highland Heights school to become the president of Ball State University in Muncie, Ind. Although Mearns didn’t expand campus facilities as much as his predecessor, he did make progress in getting more state appropriations for NKU, according to Wartman. NKU was the last university added to the state system and has struggled for funding parity in comparison to Kentucky’s other public universities. 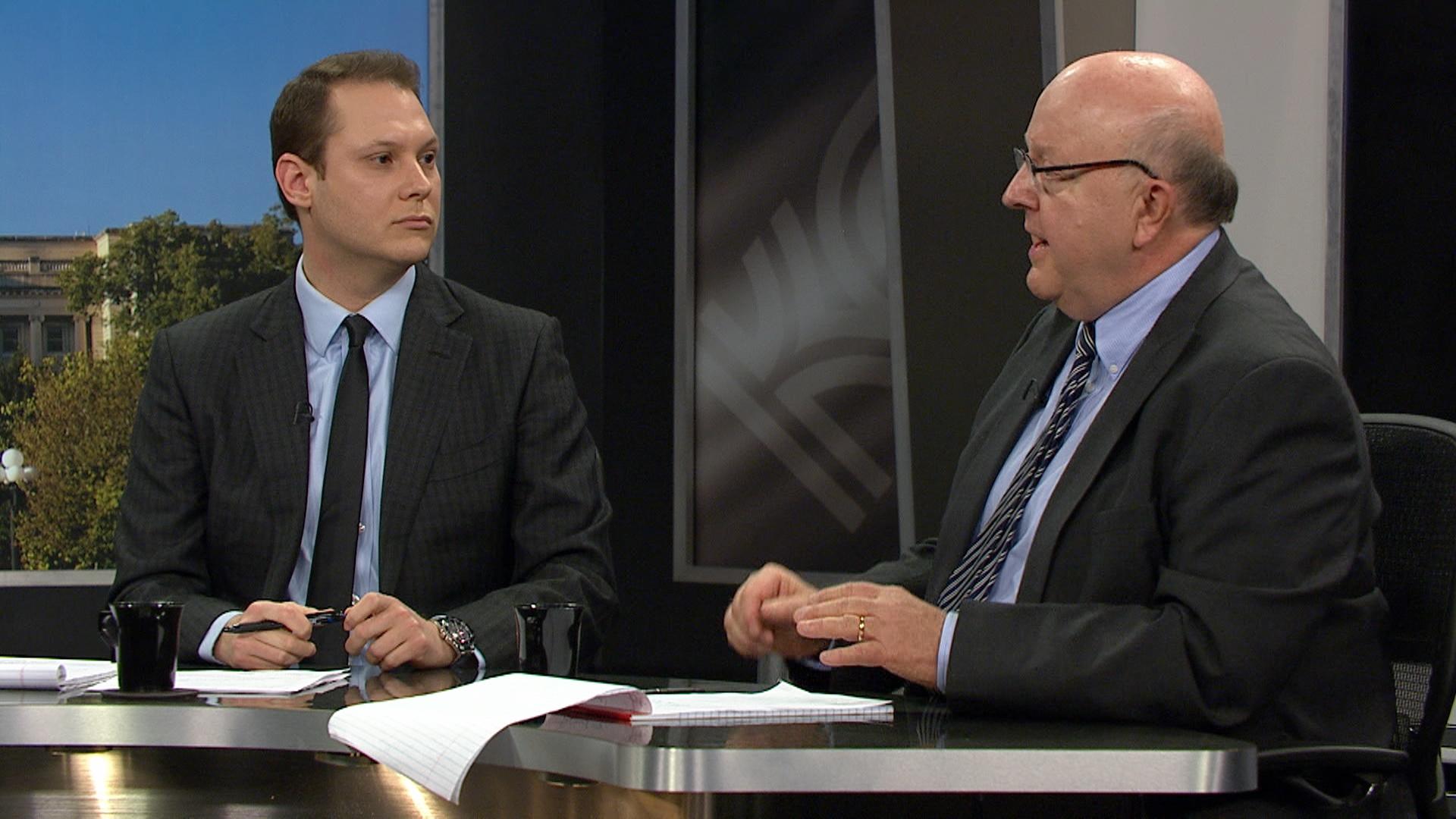