Journalists from around the state discuss news of the week with host Bill Bryant. Guests: Tom Loftus from the Louisville Courier-Journal; Lawrence Smith from WDRB-TV in Louisville; and Nick Storm from cn|2.
S42 E13 Length 26:35 Premiere: 1.29.16

As they start their fifth week of the General Assembly session, legislators have a budget proposal from the governor, and incumbent lawmakers seeking re-election this year know who they might face in November.

With those two milestones out of the way, the real work can begin in Frankfort.

The panel on last weekend’s Comment on Kentucky discussed Gov. Matt Bevin’s spending plan and what the candidate filing deadline tells us about key state political races this year.

Governor Proposes ‘Conservative’ Budget
Bevin’s budget calls for cutting about $650 million from state spending to help free up money to put towards the unfunded liabilities in the public teacher and employee retirement systems. Tom Loftus of the Louisville Courier-Journal in Louisville calls the governor’s plan a “conservative budget” that sticks to Bevin’s campaign pledge to downsize state government.

While Bevin protected base funding for primary and secondary education, Loftus says many extended school services like family resource centers and pre-kindergarten programs will lose dollars. He says higher education also took a significant hit, and the state’s public universities could see their appropriation tied to certain performance-based criteria.

Despite saying he wants to end the practice of taking excess money in protected accounts to pay other government bills, Bevin’s plan does call for several fund sweeps. Loftus says the governor wants to take $500 million from the public employee health insurance fund and $10 million from the Kentucky Heritage Land Conservation Fund to set aside for future retirement system payments. Loftus says State Budget Director John Chilton contends paying down pension debts is a higher priority than conserving scenic and natural areas.

If Bevin’s call for 9 percent cuts across all state agencies holds, and if revenue projections remain strong, Loftus says Kentucky’s Rainy Day Fund could contain as much as $523 million by the end of the biennium. Loftus says that’s close to what national credit rating agencies say the state’s emergency reserves should be.

A Busy Election Cycle Ahead
More than 300 individuals filed to compete for state and federal offices in the commonwealth this year. When the filing window closed last Tuesday, the list of who is and isn’t running yielded several surprises.

Eleven sitting state representatives chose not to seek re-election, according to Nick Storm of cn|2. That group includes Democrats Johnny Bell of Glasgow and Leslie Combs of Pikeville. Storm says those open races offer significant opportunities for Republicans to pick up House seats and possibly gain control of the chamber.

In all, 220 people filed to run for state House and Senate seats. Storm says Rep. Jonathan Shell (R-Lancaster) was tasked with recruiting GOP candidates this year and secured 91 to seek office. Only eight Democrats in the General Assembly will go unchallenged in this election cycle.

Lawrence Smith of WDRB-TV in Louisville says several state senators will face primary challengers this May. Jefferson County Democrats Gerald Neal and Tom Riner as well as Republican Ron Crimm will face opposition from within their own parties. Smith says that may indicate that voters feel the incumbents are out of touch with their constituents.

In the race for U.S. Senate, seven Democrats filed for the chance to run against Sen. Rand Paul in November. The big name in that group is Lexington Mayor Jim Gray. Nick Storm says it will be interesting to see how the openly gay Democrat fares with rural Kentucky voters.

Abortion Matters in the News
Late last week the state House overwhelmingly approved an informed consent bill to regulate abortion services. Storm says this is the first time in years that the lower chamber has passed a pro-life measure sent to it by the Senate. With Democrats only holding 50 House seats (one fewer than a constitutional majority), Storm says Republicans were able to force the issue to a floor vote.

The original legislation required patients to have a face-to-face consultation with a medical professional 24 hours before having an abortion. The House amended the bill to say that consultation could be done by video teleconference to save the patient additional travel expenses. The measure now goes back to the Senate for concurrence on the new language.

While that issue played out in the legislature, the Bevin administration ordered a Jefferson County clinic to stop providing abortions. Lawrence Smith says Planned Parenthood of Indiana and Kentucky recently began offering the procedures in Louisville. He says Bevin contends the clinic doesn’t have the proper licensing to do abortions because Planned Parenthood hasn’t contracted with an ambulance service and hospital to provide emergency care if needed by a patient.

Smith says the clinic has stopped providing abortions until they fully complete the licensing process. 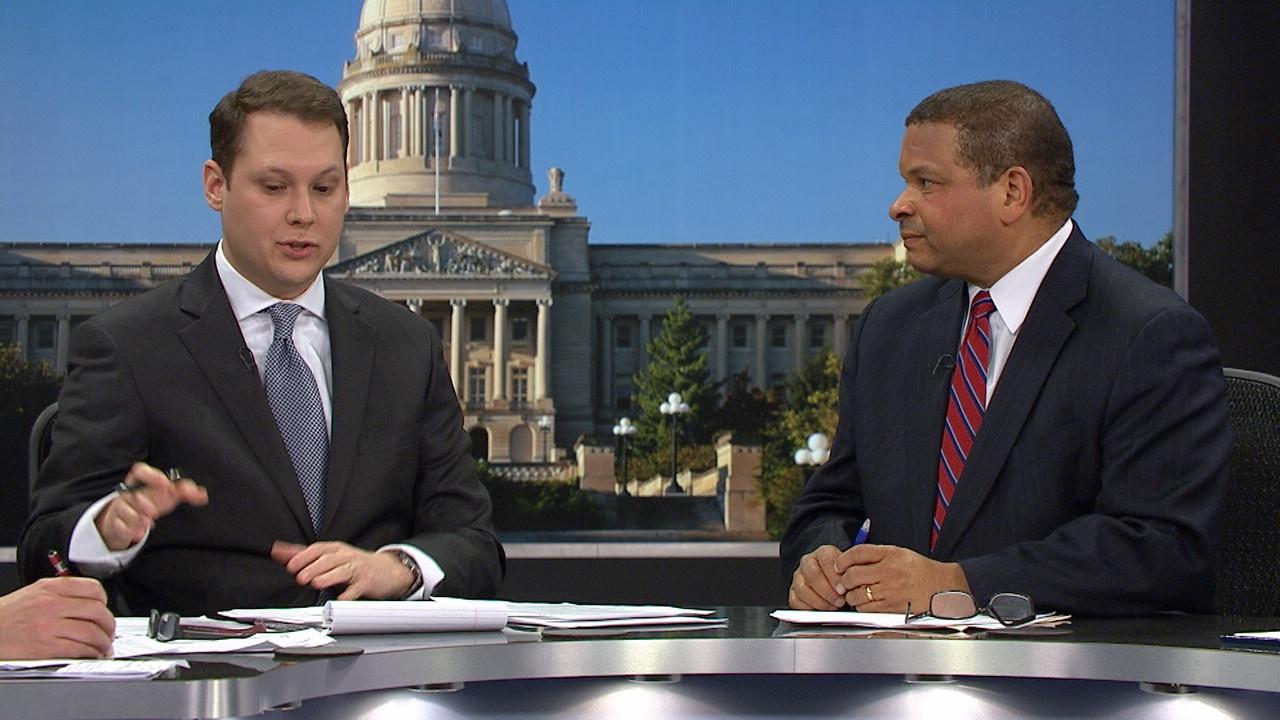