Journalists from around the state discuss news of the week with host Bill Bryant, including a very busy first week during the 2017 General Assembly. Guests: Ryland Barton from Kentucky Public Radio; Linda Blackford from the Lexington Herald-Leader; and Tom Loftus from the Louisville Courier-Journal.
S43 E7 Length 26:33 Premiere: 1.6.17

Those expecting a leisurely start to the new year in Frankfort have been sorely disappointed. In the opening days of the 2017 General Assembly session, lawmakers passed a flurry of bills affecting organized labor and women seeking abortions.

The journalists on Comment on Kentucky discussed these actions as well as legislation to install a new governing board at the University of Louisville.

Labor and Abortion Measures Become Law
The first week of previous odd-year legislative sessions have traditionally been devoted to organizational activities for lawmakers. But the new Republican majority in the state House of Representatives along with their Senate counterparts took a decidedly different approach.

Tom Loftus of The Courier-Journal says GOP lawmakers embraced their new power to push a number of priority bills to final approval in five days – the shortest time possible to pass legislation and send it to a governor for his or her signature. He says he’s seen nothing like it during his decades of reporting on Frankfort.

Lawmakers passed right-to-work legislation to remove the mandate that employees of unionized businesses join or pay dues to that union, and they repealed prevailing wage laws that critics say have inflated pay scales for trade laborers working on certain public works construction projects.

Hundreds of union workers noisily protested House committee discussions about right to work, according to Ryland Barton of WFPL Radio in Louisville. He says labor leaders oppose the legislation because they say it weakens unions and allows workers to benefit from union negotiations without having to help pay for those services. Barton says separate legislation also forbids union dues from automatically being deducted from an employee’s paycheck.

Lawmakers also passed bills to require women to undergo an ultrasound before they have an abortion, and a measure to outlaw abortions after the 20th week of pregnancy. Barton says the ban does include an exception for a mother whose health is in danger, but he says that the extent of that exemption is unclear. The measure does not include an exception for rape or incest victims, which Linda Blackford of the Lexington Herald-Leader says is sometimes included in abortion legislation. She says it’s already very difficult for Kentucky women to get an abortion since only one clinic in Louisville provides the procedure in the commonwealth. Blackford says legal challenges against the abortion measures are likely.

All the bills passed by the legislature contain emergency clauses, meaning they took effect once Gov. Matt Bevin signed them into law over the weekend.

Loftus says House Democrats, who find themselves in the minority for the first time in nearly a century, complained that Republicans were needlessly rushing the process and passing bills that hadn’t been properly vetted or debated. Barton says GOP leaders countered that these issues had been debated for years and action was long overdue.

Another Board for U of L
The legislature also passed another restructuring of the University of Louisville Board of Trustees. Oversight of the institution has been at odds since last summer when Gov. Bevin abolished the existing board and appointed a new, smaller board. A state judge later overturned that action and reinstated the old board, saying Bevin didn’t have the authority to remove board members without cause or proper hearings.

Barton says the new legislation mimics Bevin’s original action but with a twist. He says the law removes the old board and replaces it with a new, 10-member board. The Council on Postsecondary Education will nominate 30 potential trustees from which the governor will select 10 appointees. Barton says the twist is that the state Senate will grant final confirmation of the governor’s selections. Barton reports that the bill’s sponsor, Senate President Robert Stivers (R-Manchester), says the Senate can ensure proper political and racial balance among the board members.

Debate over the measure centered on whether the legislation would continue to reflect “undue political influence” over U of L. Blackford says that very concern led the Southern Association of Colleges and Schools (SACS) to recently put the university on one-year probation. Opponents worry the bill could put U of L’s accreditation at additional risk. Without accreditation, the NCAA would not allow the school’s sports teams to compete, says Blackford.

Barton says Stivers argued that the bill removes any issues about undue influence by adding the Senate to the selection process.

Other Legislative Actions
Democratic state Rep. Rick Nelson of Middlesboro filed a bill to require individuals to use public restrooms that match their biological sex at birth, and a measure that would protect those who act based upon sincerely held religious beliefs. Loftus says The Family Foundation wants both issues to be heard in the legislature, but he says it’s uncertain whether Republican leaders will take up the controversial issues.

Another measure will make pension benefits for current and former lawmakers available for public review. Loftus says the bill will bring more scrutiny to former lawmakers who have earned larger pensions by taking higher paying judicial or executive branch jobs after leaving office.

The legislature is schedule to reconvene on Tuesday, Feb. 7. Loftus reports there’s some discussion about trimming five days from the remainder of the regular session to help pay for a special legislative session later this year to discuss tax reform.

Hampton Up for VA Job
Lt. Gov. Jenean Hampton traveled to New York last week to meet with President-elect Donald Trump. Blackford says the Air Force veteran is being considered for a job in Veterans Affairs.

If Hampton were to leave the Bevin Administration, the governor would choose a new lieutenant governor. Loftus says Senate Republicans questioned whether former Gov. Steve Beshear could select a new lieutenant when then-Lt. Gov. Jerry Abramson resigned in 2014. Loftus says he doubts Bevin would face similar inquiries should Hampton leave her post. 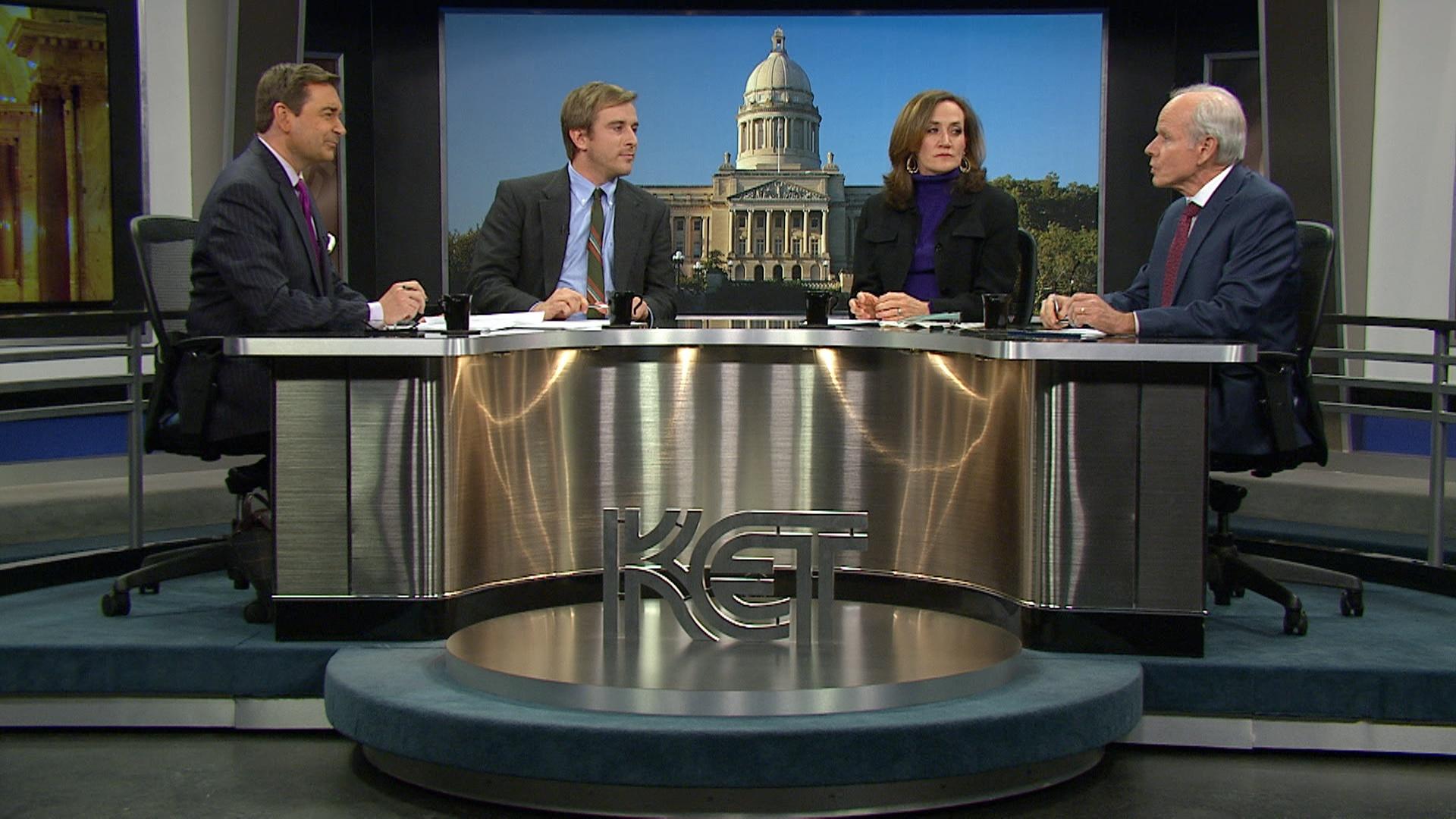