As he concluded his remarks at last week’s Kentucky Chamber Day festivities, House Minority Floor Leader Jeff Hoover (R-Jamestown) said Jan. 11 would be a historic day in the commonwealth. Without offering any further detail, Hoover’s words could be seen as a prediction, a promise, an hope, or a threat, depending on your political perspective.

The journalists on Comment on Kentucky parsed Hoover’s words, and what they may mean for Democrats struggling to maintain control of the state House, as well as other items from the week’s news.

Drama in the House
Nick Storm of cn|2 says Hoover’s cryptic remarks and House Speaker Greg Stumbo’s absence from the Kentucky Chamber dinner fueled speculation about what, if anything, might happen when the legislature convenes on Jan. 11. As of the show’s air date on Jan. 8, Democrats have a 50 to 46 advantage over Republicans in the House, and special elections to fill four open seats are scheduled for early March.

Storm says Bevin could announce the appointment of another Democratic lawmaker to his cabinet, a legislator might announce a change in party affiliation, or one or more House Democrats might decide to caucus with Republicans.

The legislative session got off to a rocky start in the lower chamber last week. Storm says debates over rules and committee assignments upset a number of lawmakers, including Democrats. John Cheves of the Lexington Herald-Leader says Stumbo (D-Prestonsburg) didn’t help matters by threatening to sue any Democratic legislators who switch parties for fraud if they took campaign funds from the state party.

Pension and Medicaid Funding
Meanwhile, Gov. Matt Bevin and his staff are compiling their proposed budget to present to lawmakers in two weeks. Bevin says he received $2.1 billion in new funding requests from state agencies. But given pension obligations and a huge Medicaid bill, there will likely be little money available for new spending.

Cheves quotes a recent study by Boston College’s Center for Retirement Research that says the average state and local government pension fund in the United States was 74 percent funded in 2014. But here in the commonwealth, Cheves says the Kentucky Employees Retirement System has only 17 percent of the money it needs to pay future obligations. He says that’s because governors and legislators failed to adequately fund the state pension systems over the last 15 years, while officials in other states did make the proper payments to their plans.

As for the looming cost of Medicaid expansion, Bevin appointed Mark Birdwhistell, a University of Kentucky HealthCare executive and a former Secretary of the Cabinet for Health and Family Services, to lead a team that will develop a new plan to address the issue. Cheves says Birdwhistell will draft a request to federal officials for a waiver to run Medicaid differently in the commonwealth.

Cheves says Bevin prefers a plan similar to the one implemented in Indiana that requires small premiums and copays from Medicaid patients. But Cheves wonders if the money generated by those fees will be sufficient to cover the $250 million Medicaid bill the state faces in the next biennium.

The push for charter schools will get an additional boost from Bevin. The Republican made school choice a key part of his campaign platform, and Clark says Gov. Bevin appeared at a recent forum in west Louisville to talk with African-American pastors who think charters will improve the quality of education for low income and minority students.

Bevin is also a strong proponent of right to work, which will again come before the legislature. That legislation would allow non-union workers to get the benefits of collective bargaining agreements without being required to pay union dues. Right to work has passed the GOP-controlled state Senate in previous years, and John Cheves says if Republicans do take the House, it’s all but certain to become law.

Another perennial bill is felony expungement. Nick Storm says this year’s version of the bill would allow certain non-violent felons to have their records wiped clean after a five-year waiting period. Storm says some lawmakers hope the measure might actually pass both the House and Senate this session given that the Kentucky Chamber of Commerce now supports expungement.

Storm adds that legislators will likely once again tackle voting rights restoration for felons who have completed their sentences. That’s an idea that Gov. Bevin says he wants to see put into law rather than done through executive action. 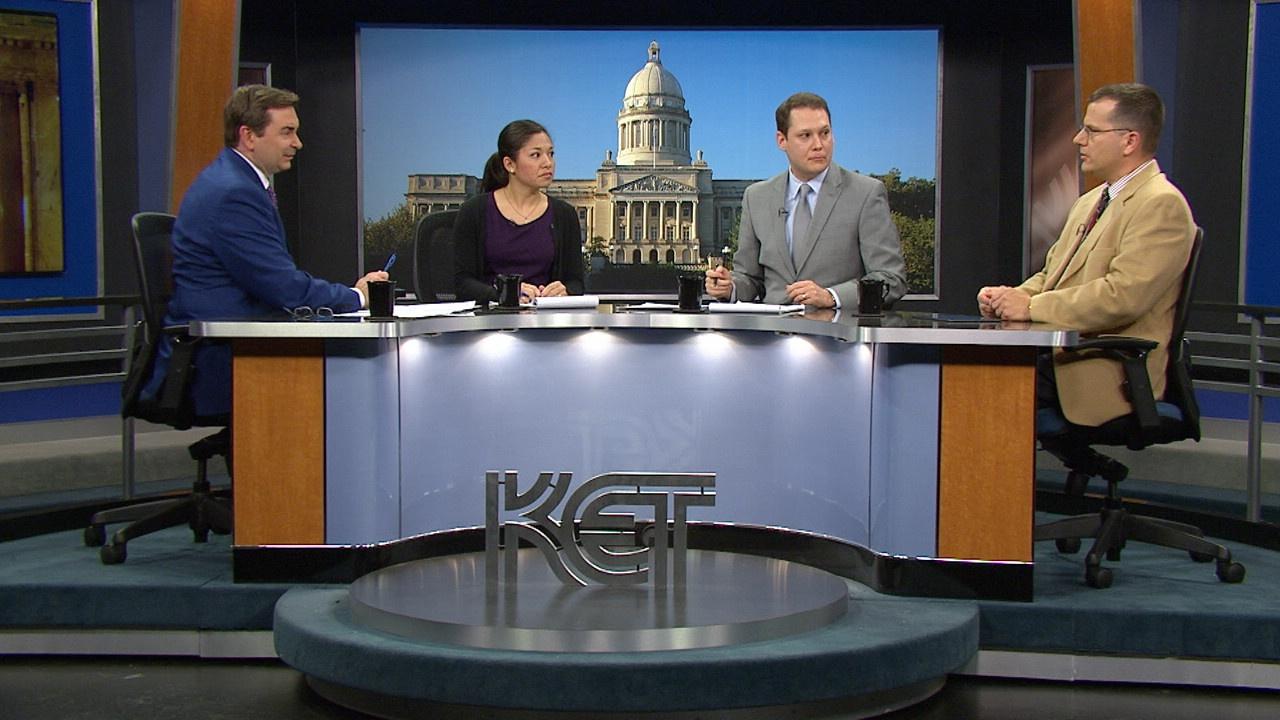