Despite the recent U.S. Supreme Court ruling on marriage equality, a major battle over the issue could still unfold as several county clerks in the commonwealth refuse to issue marriage licenses to same-sex couples.

The panel on Friday’s Comment on Kentucky discussed that fight and how it could affect current and future political campaigns.

Jack Brammer of the Lexington Herald-Leader says Beshear responded by telling clerks to follow the law or resign their posts. Beshear also declined to call a session, saying any issues could be resolved in by the General Assembly next year.

The clerks want a work-around whereby the state would issue marriage licenses online, according to Nick Storm of cn|2. He explains that clerks would only have to register a license after a clergy, judge, or justice has solemnized it. Storm says the clerks in Casey and Rowan Counties are among the last holdouts to refuse licenses to any couple, gay or straight.

The American Civil Liberties Union has sued Rowan County Clerk Kim Davis over her stance. U.S. District Judge David Bunning will hear initial testimony in that case in Ashland today. Brammer says if recalcitrant county clerks are arrested for failing to uphold the law, then they could end up being seen as martyrs for their cause. He contends “a raging controversy of biblical proportions” could follow.

Possible Political Ramifications
Storm says some clerks who are licensing gay marriages fear they may be defeated in their next election by candidates who oppose same-sex unions. If the state did go to an online licensing system under the Secretary of State’s office, Brammer wonders what would happen if a future secretary were to oppose handling the licenses based on religious beliefs.

The more immediate political impact could be in this year’s governor’s race. Some Republicans have criticized Democratic nominee and state Attorney General Jack Conway for declining to appeal a federal judge’s rulings that said Kentucky’s gay marriage ban was unconstitutional. On Friday Conway told the Associated Press that he would be open to a legislative solution that gives clerks some flexibility on the matter.

Nick Storm says GOP gubernatorial nominee Matt Bevin released a statement saying, in a perfect world, the government would issue marriage contracts rather than licenses. Barring that kind of change, Bevin supports the idea of an online portal for licenses.

Storm says the Republican Governors Association (RGA) responded with its own ad about Conway that ties the Democrat to President Obama and his policies on coal and health care.

The Courier-Journal’s Tom Loftus says it’s clear the president will be a major theme in the gubernatorial campaign. He contends Democrats will run away from Obama as hard and fast as they can. Loftus also says it’s interesting that the attack came from an outside group rather than Bevin’s own campaign. Loftus says the RGA has significant resources to spend since there are only three gubernatorial contests in America this year.

Nick Storm adds that for Bevin to continue to receive support from national groups, the Republican must prove his ability to raise money for his own campaign (or donate more of his own personal fortune to it), and maintain a strong showing the polls.

Paul is awaiting confirmation that the Republican Party of Kentucky will host a presidential caucus next March. That would allow the senator, who is also up for reelection next year, to sidestep a state law that prevents candidates from appearing on the same ballot for two federal offices.

Tom Loftus says some state party members are still uncomfortable with the caucus idea. He says they’re worried about the cost, which could run as high as a million dollars, as well as how many caucus locations to field and how many voters might participate. Loftus says state GOP chair Steve Robertson is confident those concerns can be addressed and the caucus plan approved at the party committee’s August 22 meeting. 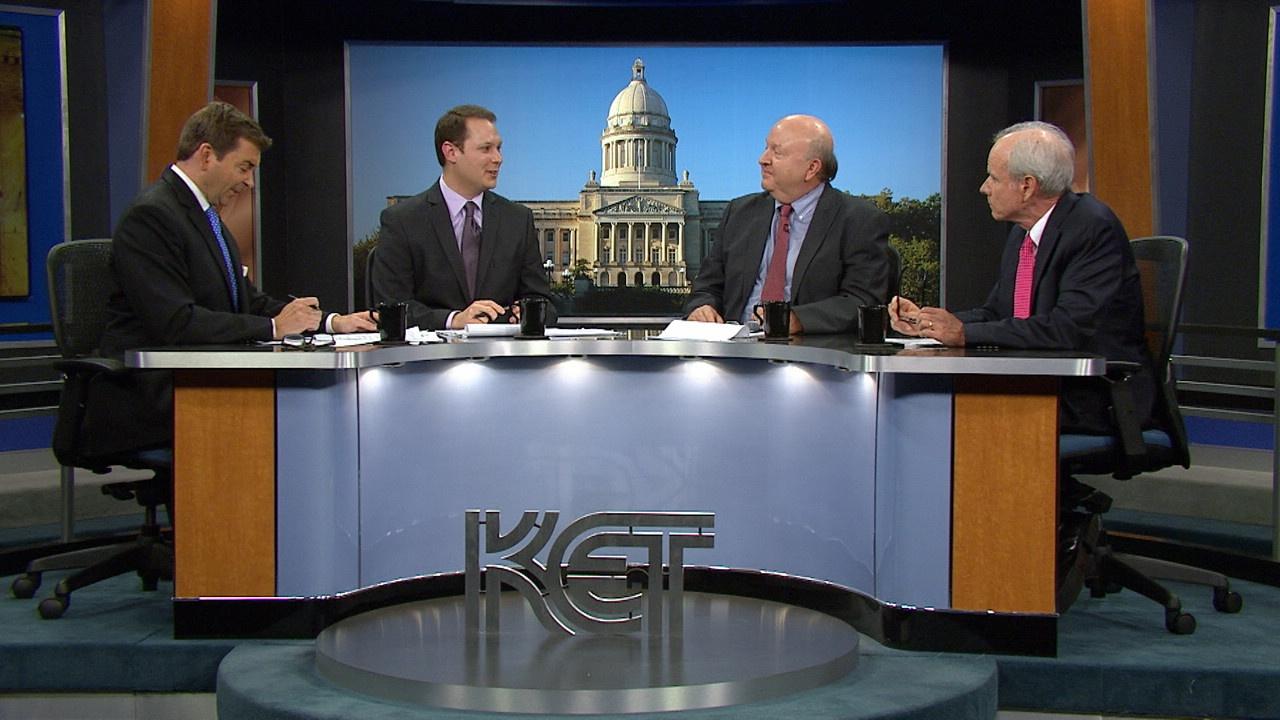