As the GOP gathers for its nominating convention, some high-profile Kentucky Republicans will be present in Cleveland this week while others have decided to stay home.

The journalists on KET’s Comment on Kentucky discussed what U.S. Sen. Mitch McConnell and state Sen. Ralph Alvarado are expected to say in their speeches to the convention. They also reviewed the latest on the University of Louisville’s leadership struggles and an allegation of gubernatorial bullying.

To Go or Not to Go to Cleveland
Senate Majority Leader Mitch McConnell is scheduled to speak Tuesday night at the Republican National Convention. Joe Gerth of the Courier-Journal in Louisville says he expects the senator to “give lip service” to presumptive GOP presidential nominee Donald Trump. But Gerth says McConnell’s main goal will be to rally the Republican base to support the party’s senatorial candidates. McConnell’s future as majority leader hinges on the outcomes of 34 U.S. Senate races this year. Republicans currently hold 24 of those seats.

Then Wednesday at 9 p.m., state Sen. Ralph Alvarado (R-Winchester) will address the convention. As a Hispanic-American, Alvarado is expected to reach out to Latino voters that Trump has alienated with his campaign rhetoric, says Gerth.

Ronnie Ellis of CNHI News Service adds that Alvarado is both excited and nervous about his national debut. Ellis says the medical doctor and first-term senator will discuss his belief that America is a country of opportunity for all people, especially for Hispanics who are willing to work hard.

(The RNC runs Monday through Thursday of this week, followed by the Democratic National Convention next week. KET will air live coverage of both events, starting at 8 p.m. each evening.)

U.S. Sen. Rand Paul and Kentucky Agriculture Commissioner Ryan Quarles are among the Kentucky Republicans who won’t make the trip to Cleveland. Bill Bryant of WKYT-TV says Paul will spend the week conducting town hall meetings around the state as part of his reelection campaign. Lawrence Smith of WDRB-TV in Louisville says the Bowling Green ophthalmologist has pledged to support the GOP presidential nominee, even if Donald Trump’s comments against immigrant and minority communities are antithetical to Paul’s beliefs.

Trump appeared a private fundraiser at the Aviation Museum of Kentucky last week. Ellis says a number of individuals rallied at the Lexington venue to protest Trump’s positions on immigration and economic issues, including Nancy Jo Kemper, a Democrat running for the 6th District congressional seat.

Future of University President Remains Uncertain
The newly reconstituted University of Louisville Board of Trustees gathered for its first meeting on Wednesday. Gov. Bevin recently reorganized the group, shrinking its size from 17 appointed trustees to 10 members that he selected. Joe Gerth says one of Bevin’s appointments, Louisville venture capitalist Doug Cobb, declined to join the board. He says Cobb came under fire for controversial statements he made on social media about topics ranging from transgender individuals to global warming. Bevin named Louisville attorney Brian Cromer to take Cobb’s place on the board.

The meeting ended with confusion over the future of embattled President James Ramsey, who had earlier pledged to resign or retire once a new, legally constituted board was in place. Gerth says Board Chairman Junior Bridgeman originally said Ramsey’s departure was not discussed when the trustees went into a closed session. But the next day, Bridgeman said Ramsey did reiterate his resignation and the group declined to accept it. Bridgeman contends the new board needs time to get settled, and won’t consider Ramsey’s departure until after September.

Ronnie Ellis says many boards go into closed session to discuss things they don’t want made public that have nothing to do with personnel decisions. He says most closed sessions aren’t challenged, but this one was.

Ramsey’s future may also hinge on the outcome of a lawsuit filed by Kentucky Attorney General Andy Beshear challenging the governor’s authority to restructure the U of L board.  Ellis says if the court rules against Bevin, then his hand-picked trustees couldn’t legally decide Ramsey’s fate.

Bullying Allegations Disputed
Gov. Bevin has denied allegations that he threatened a Democratic legislator after he failed to convince the lawmaker to become a Republican.

Ellis reported the story that Bevin invited Rep. Kevin Sinnette (D-Ashland) to the governor’s mansion late last year to discuss switching his party affiliation. When Sinnette declined to change parties, Bevin allegedly threatened to ensure that Sinnette would lose his reelection bid this year. The next day Sinnette says his constituents in Boyd County received robocalls misrepresenting his position on abortion.

Ellis says he stands by his reporting. He says he gave the governor’s office two chances to respond to the story before publication on July 3, but they declined. Ellis says Sinnette, who is an attorney with reputation for integrity and honesty, has said he would swear under oath to the facts of the incident. Sinnette also claims to know of other Democratic lawmakers who had similar experiences.

Republicans have tried to gain control of the state House of Representatives by encouraging Democratic legislators to join their ranks. After the 2015 elections, Reps. Denny Butler of Louisville and Jim Gooch of Providence changed their affiliations to the GOP. 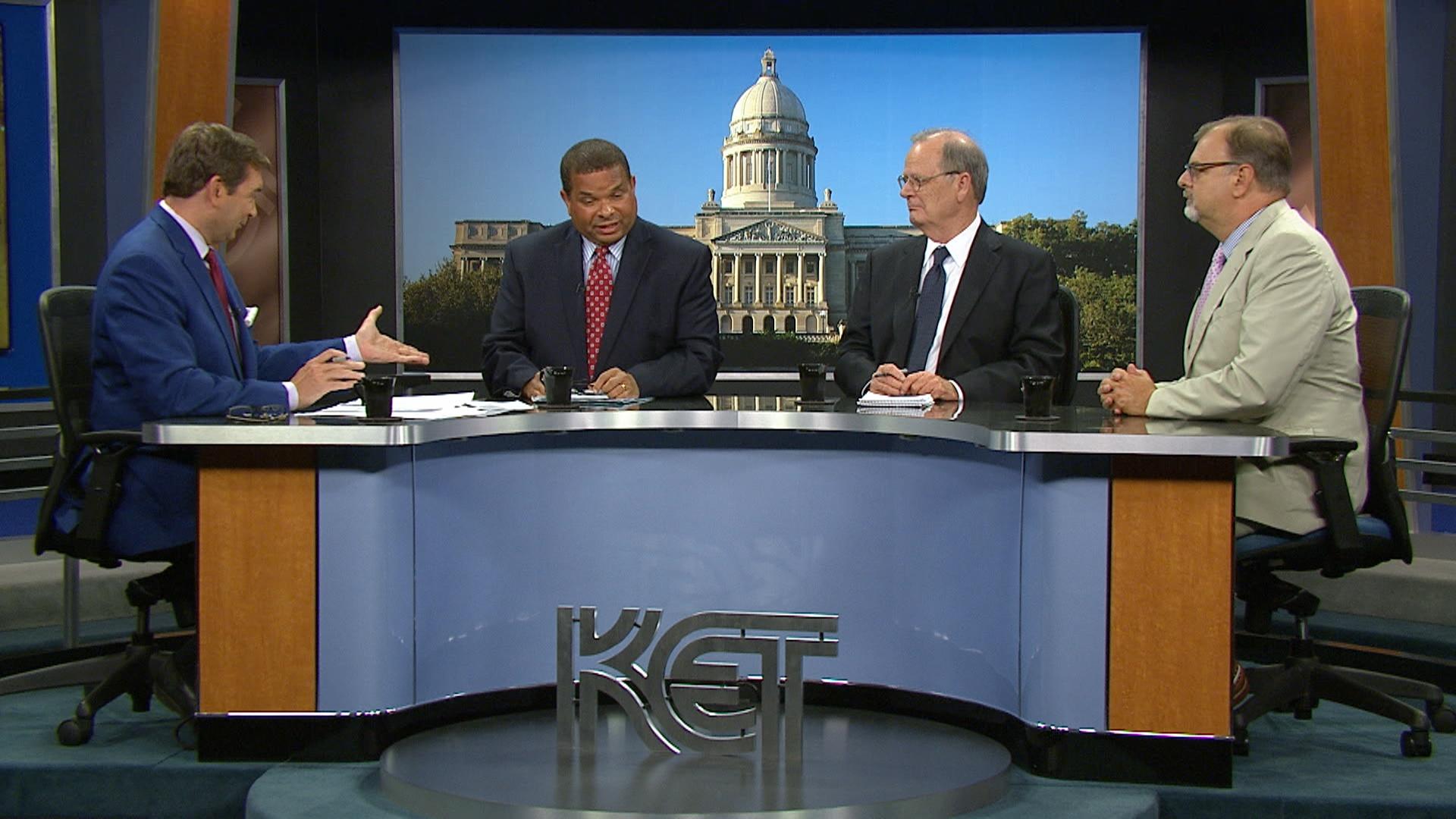