Candidates Warm Up for Fancy Farm

You could consider last week’s Kentucky Farm Bureau gubernatorial candidate forum a warm- up of sorts for the upcoming Fancy Farm political picnic. Except the crowd was dressed better and didn’t try to shout down the speakers.

The panel on KET’s Comment on Kentucky discussed that event and the lines of attack Matt Bevin and Jack Conway launched against each other.

Candidates Spar on Health Care
Adam Beam of the Associated Press says Conway came out swinging in his opening statement to the KFB board of directors in Louisville. The Democrat criticized Bevin for opposing tax breaks, subsidies, and economic development initiatives that benefit farmers.  Beam says the Republican businessman initially ignored the attacks before finally hitting back at Conway for never having a real job outside of politics, for not defending Kentucky’s constitutional ban on same-sex marriage as state Attorney General, and for supporting the policies of President Obama.

Health care was another key issue in the KFB forum, according to Beam. He says Conway generally supports the Affordable Care Act while Bevin opposes it. But Beam says the candidate’s positions aren’t as clear when it comes to the Medicaid expansion that now covers some 400,000 Kentuckians. Beam says Conway wants to reduce the number of people on Medicaid by creating jobs that provide them with insurance or pay them enough to buy their own coverage. Beam says that’s the first time he’s heard the Democrat say there were too many people on Medicaid.

Bevin responded that it’s callous and dishonest to promise a benefit that Kentucky can’t afford to provide, especially when the state will have to pay more of the tab for Medicaid coverage in the years ahead. Bevin added that he never wanted to kick anyone off Medicaid, but Beam notes that the Republican promised to do just that earlier this year. Beam says Bevin now seems to be walking back his hard-line stance on the issue.

Linda Blackford of the Lexington Herald-Leader says Davis was subdued but firm in her explanation of how she arrived at her decision. She says Davis testified that she didn’t want to discriminate against same-sex couples, so she opted to stop issuing marriage licenses to all couples. Blackford says Davis also forbid an assistant in her office who is willing to issue licenses for same-sex marriages from doing so because Davis’ name would still appear on the document.

Blackford reports that Judge Bunning said he’s not interested in re-litigating the same-sex marriage issue that the U.S. Supreme Court decided in June. Rather, Blackford says, he’s focused on the technicalities of this particular case. Blackford says Bunning expected to announce his decision in the next two weeks. It’s uncertain how the ruling would affect Casey County Clerk Casey Davis, who has also stopped issuing marriage licenses, because he resides in a different federal court jurisdiction.

Other State News
The Kentucky Chamber of Commerce is calling for more accountability in workforce development efforts around the commonwealth. Blackford says a new report from the chamber says $900 million a year in local, state, and federal money goes to workforce training, yet employers still can’t find enough skilled workers to fill open jobs. She says the study blames a lack of oversight and a bureaucratic maze of programs managed by area development districts.

Taxpayers will fund a $400,000 settlement of a sexual harassment lawsuit against the Legislative Research Commission and current and former Democratic state lawmakers. Adam Beam says the case stems from charges by three female state employees who claim they were harassed by legislators and then suffered retaliation for reporting the incidents. Beam says the settlement includes no admission of guilt by Representatives Johnny Bell or Will Coursey, or former Rep. John Arnold.

Deborah Yetter of the Louisville Courier-Journal says facilities that care for disabled adults in the state are critical of audits that could cost them Medicaid funding. She says the federal government requires the state to conduct so-called recoupment audits, and force the facilities to return any funding they received in error. Yetter says $2.7 million is at stake over paperwork errors, and the facilities argue the reviews could jeopardize the disabled adult care system.

Finally Yetter reports that removal of children from dangerous home environments is at an all-time high in Kentucky. More than 8,000 children have been placed in state care so far this year because of abuse or neglect. Yetter says the record caseloads are overwhelming state social workers who are already short-staffed. 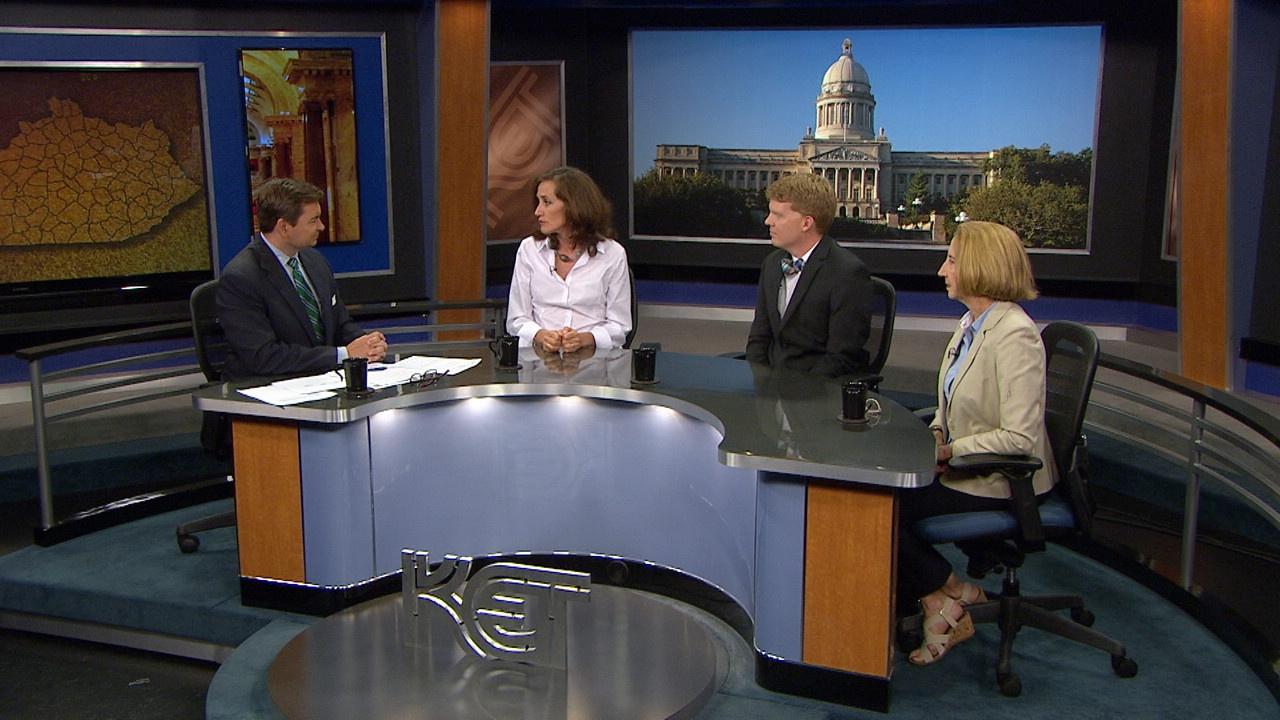