The journalists on KET’s Comment on Kentucky explored those stories, and discussed prospects for a special legislation session, Fancy Farm political picnic preparations, and other stories in the week’s news.

The last attempt early last Friday morning fell short when three Republican senators voted against the so-called “skinny repeal” that would have eliminated the individual and employer mandates of Obamacare.

In his remarks after the final vote, McConnell expressed disappointment and frustration at the outcome. Yetter says some commentators described the failure as a major setback for McConnell.

While about 80,000 Kentuckians got insurance through the ACA’s health exchanges, Obamacare’s Medicaid expansion provisions created a much bigger impact in the state. Yetter says some 440,000 people have received Medicaid coverage under the expanded program. She says Gov. Matt Bevin will continue to push for changes to the program that would require many enrollees to work and pay small premiums and co-payments for services.

By 2020, states will have to pay 10 percent of Medicaid costs. The governor has argued that Kentucky can’t afford to cover the 1.4 million people now enrolled in traditional and expanded Medicaid. Yetter says Bevin’s overhaul plan would save the commonwealth millions of dollars, but would also throw some 95,000 Kentuckians off the state Medicaid rolls.

Carroll Vows to Remain in State Senate
Senate Democrats in the Kentucky Legislature have removed Sen. Julian Carroll from his leadership position as minority whip and called on the former governor to resign from office amid allegations of sexual misconduct.

Nick Storm of Spectrum News says his 11-month investigation revealed that in 2005 Carroll allegedly groped Frankfort photographer Jason Geis and propositioned him for sex in exchange for helping Geis get into art school. Storm says Geis, who made a secret audio recording of the exchange, reported the incident to Kentucky State Police. Geis claims the Kentucky Bureau of Investigation (KBI) also interviewed him.

Storm says his review of documents obtained through an open records request indicates that state police officials waited 17 days before interviewing Carroll about the incident. Carroll was serving his first term in the state Senate at the time, and detectives were told to wait until the end of the legislative session to talk with Carroll, says Storm.

But over the course of two interviews with Carroll, Storm says the lawmaker changed his story: Carroll initially said nothing inappropriate happened with Geis. Then in a second interview, Carroll admitted asking Geis about oral sex.

Storm says prosecutors later decided not to pursue a case against Carroll, saying it’s not a crime for one man to ask another man for sex. What remains unclear, says Storm, is whether Carroll tried to use his position to solicit sexual favors. Storm also wonders why KSP dropped the matter and what role, if any, KBI (now known as the Department of Criminal Investigations) played in the investigation.

Following the broadcast of Storm’s story, Senate Democratic caucus members met by phone and unanimously voted to remove Carroll from his position as minority whip in the Senate. They condemned Carroll’s actions and called on him to resign his Senate seat that represents Anderson, Franklin, Gallatin, Owen, and Woodford counties.

Carroll, who served as governor from 1974 – 1979, told Storm he was aware of the recording but said it was a forgery. Carroll later said he would not resign from the legislature.

Storm says he received a copy of Geis’ original audio recording from someone with knowledge of the investigation. Storm says that person was upset by comments Carroll made in an article about the 2016 U.S. Senate race that included openly gay candidate Jim Gray, the mayor of Lexington. In the article Carroll said God could heal people of their choice to be homosexual.

As Storm’s investigation continued, he says it took months to track down Geis and convince him to tell his story. State Republican Party officials are calling for a new investigation of the matter.

Other News
Moody’s Investors Service has downgraded Kentucky’s credit rating because of poor revenue performance that will hinder the state’s ability to pay down its public pension liabilities.

That move comes as House Speaker Jeff Hoover (R-Jamestown) wants representatives to meet in Frankfort on August 16 to discuss the state budget, the pension crisis, and taxes. Gov. Bevin is expected to call a special legislative session to tackle pension and tax reform sometime this fall.

But some lawmakers don’t want to cover both issues in one special session. Storm says Senate Appropriations and Revenue Chair Chris McDaniel (R-Taylor Mill) prefers to address pension reform in a special session, and then discuss taxes in the 2018 regular session.

Fancy Farm
Members of St. Jerome Parish in Graves County are busily preparing for this year’s Fancy Farm political picnic. Matt Markgraf of WKMS Radio in Murray says a number of officeholders are expected to speak this Saturday even though there are no state elections in Kentucky this year. He says Congressman James Comer, state Attorney General Andy Beshear, Kentucky Agriculture Commissioner Ryan Quarles, House Speaker Hoover and House Minority Floor Leader Rocky Adkins (D-Sandy Hook) are among those scheduled to appear.

Markgraf says Beshear, a Democrat, will likely talk about what he sees as a systematic break down of ethics in Frankfort. The attorney general has challenged Gov. Bevin on range of issues, from his authority to abolish and recreate state boards to the governor’s purchase of a family home for substantially less than its valuation price. Markgraf says Republicans are expected to question what they argue are Beshear’s own ethical lapses, including his work for a Louisville law firm that represented the beleaguered University of Louisville Foundation.

Comer is a long-time hemp advocate, says Markgraf. As state commissioner of agriculture, Comer helped champion a pilot project to grow industrial hemp in the commonwealth. 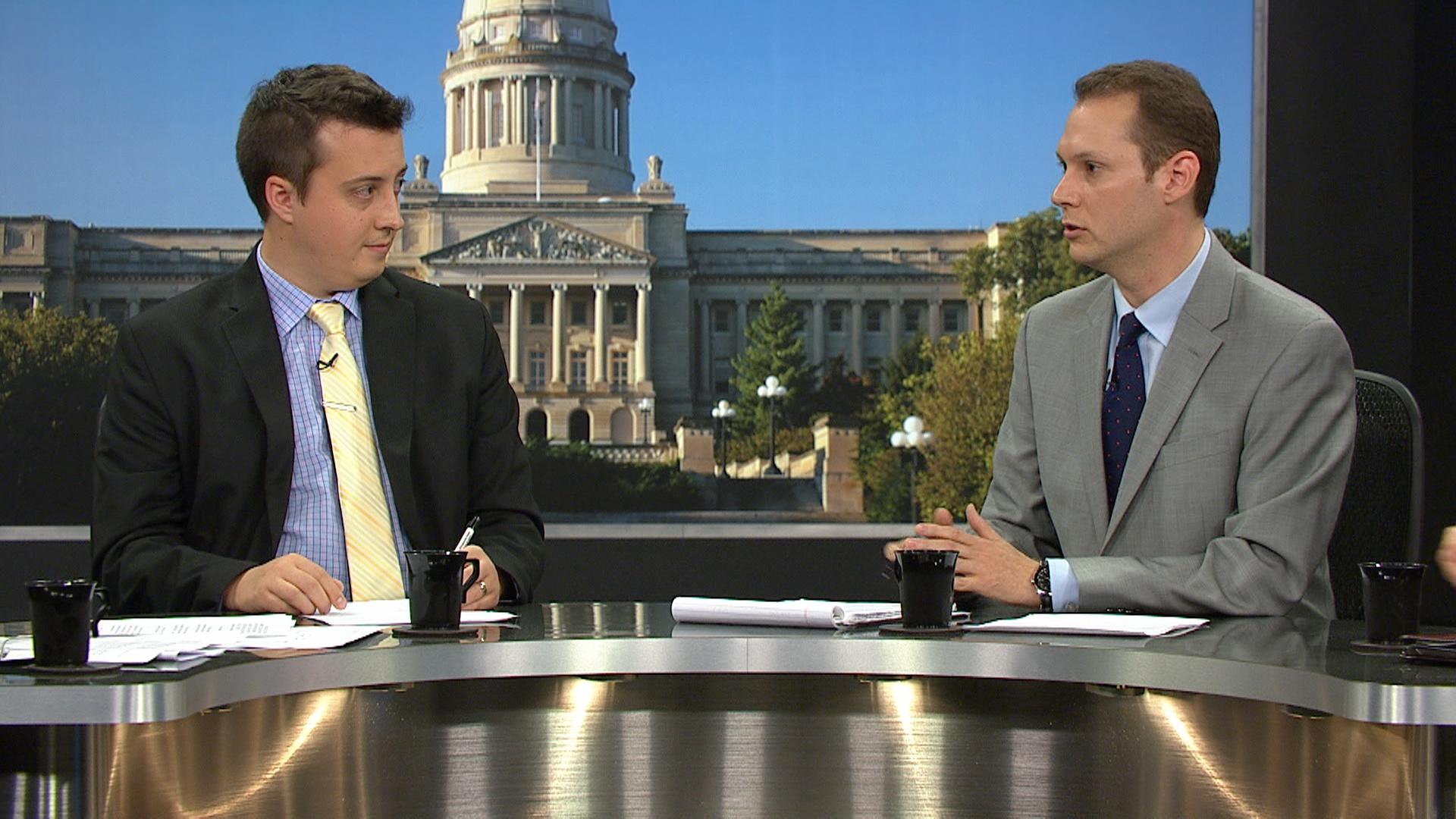