An otherwise quiet holiday weekend was rocked by news that one of the state’s largest companies would be sold. On Friday officials announced that Aetna, a managed care company based in Connecticut, will acquire Louisville-based health insurance provider Humana.

The panel on Comment on Kentucky discussed the reaction to the $37 billion deal as well as continuing fallout from the recent U.S. Supreme Court decision on gay marriage.

Deal Met with ‘Cautious Optimism’
Rumors of Humana’s sale had circulated for weeks, and Lawrence Smith of WDRB-TV in Louisville says many people thought a deal with Aetna was the best option for keeping a significant corporate presence in Louisville. Humana is the city’s second largest private employer with some 12,500 jobs.

Under the plan, the merged company’s operations for Medicare, Medicaid, and the military health insurance program Tricare will be headquartered in Louisville. Smith says Mayor Greg Fischer hopes that could bring even more jobs to the city. He says that echoed the “cautious optimism” expressed by other business and government leaders about the deal.

The sale won’t be complete until 2016 – if it happens at all, according to Smith. He says the U.S. Department of Justice is showing a greater willingness to intervene in corporate mergers that could create antitrust issues. He cites how the DOJ has filed a lawsuit to prevent the purchase of General Electric’s Appliance Park in Louisville by Swedish appliance manufacturer Electrolux.

Smith says it’s also uncertain what will happen with the various properties Humana owns in Louisville, or to the workers that Humana employs around the commonwealth. The Humana Foundation, the company’s philanthropic arm, is not part of the merger deal, Smith says. Over the past four decades the foundation has given millions to local arts, education, and civic groups.

County Clerk Faces Federal Lawsuit
Some Kentucky county clerks are refusing to issue marriage licenses to same sex couples despite the recent landmark Supreme Court ruling on marriage equality. That decision struck down gay marriage bans in the commonwealth and other states.

That led the American Civil Liberties Union of Kentucky to file a federal lawsuit against one of those clerks, Rowan County’s Kim Davis. Cheves says the case involves two straight and two gay couples who are suing for access to marriage licenses as well as some punitive damages. Cheves adds that marriage equality activists are seeking additional support from state officials to enforce the governor’s directive to issue licenses to gay couples.

Coal Stories in the News
State environmental authorities will investigate a former mine inspector for a series of suspicious bank deposits. Cheves says the FBI found that Kelly Shortridge of the Kentucky Division of Mine Reclamation and Enforcement made cash deposits to his bank account just hours after visiting mines he was sent to inspect.

Shortridge is alleged to have made some $46,000 in deposits over a five-year period, according to Cheves. He says Shortridge already faces likely jail time for allegedly accepting bribes from mine owner and former state Rep. Keith Hall.

On another coal-related story, Ronnie Ellis of CNHI News Service says last week’s Supreme Court decision on a federal air quality regulation is not the same matter over which Kentucky Attorney General Jack Conway filed suit. The court ruled on an existing regulation to limit mercury and other toxic air emissions from the nation’s power plants. It said authorities must determine the economic impact of implementing such regulations.

Ellis explains that Conway and attorneys general from other coal-producing states sued the Environmental Protection Agency over a different rule to limit greenhouse gasses from coal-fired power plants. A federal appeals court recently set aside that suit because the EPA regulation has not yet been finalized.

Ellis says he’s not sure McConnell has fully forgiven Bevin for challenging him in the Republican primary in last year’s Senate race. But Ellis says the pragmatic McConnell prefers a GOP governor to a Democratic one. 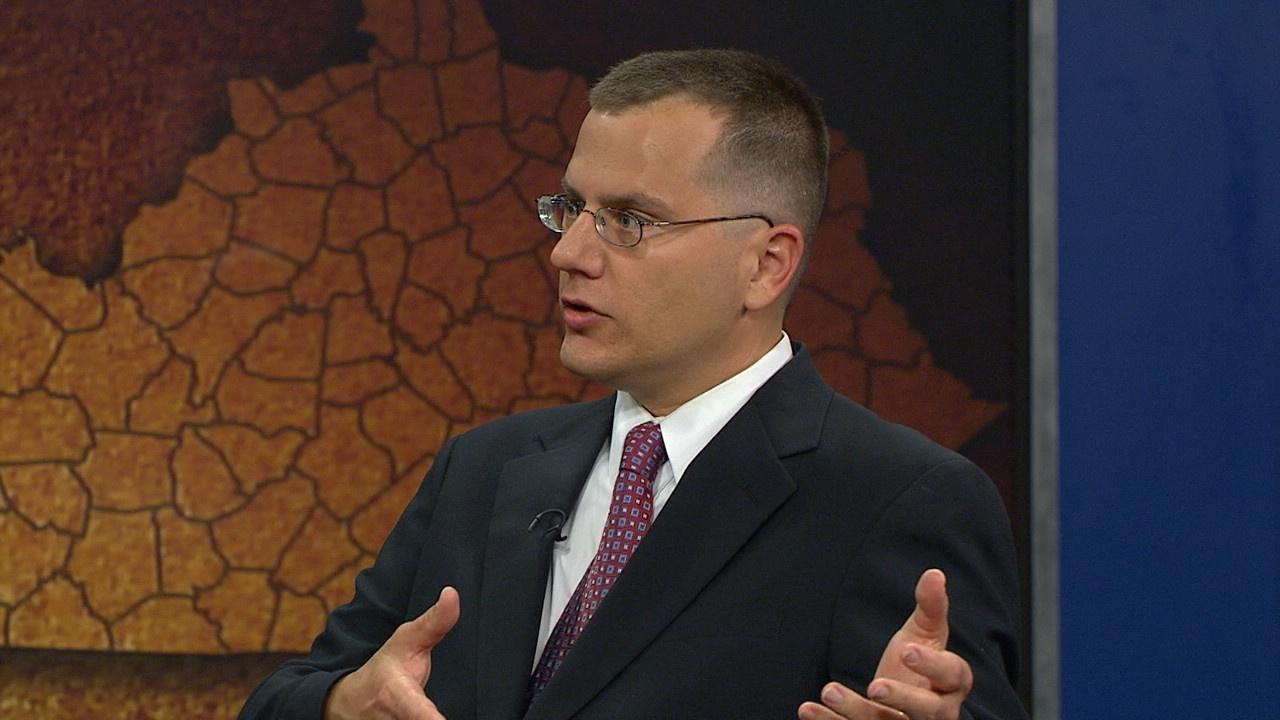