The disturbing scenes of violence by and towards police officers dominated headlines and conversations around the nation last week. The journalists on Comment on Kentucky discussed the local reaction to the shootings and explored other issues in news of the commonwealth.

Protecting Cops on the Beat
Political leaders around the state reacted to the sniper attack Thursday night that killed five Dallas police officers. Gov. Matt Bevin tweeted, “As a society we must strongly condemn acts of violence against innocent lives, especially those who put their lives on the line to protect us.”

Last week also saw protests against fatal shootings of two black men by police in Baton Rouge, La., and MInnesota. Ryland Barton of WFPL-FM in Louisville reports that U.S. Sen. Mitch McConnell encouraged Americans “to come together as a nation, not pull further apart.” At a vigil on Friday, Louisville Mayor Greg Fischer said citizens can support both law enforcement and communities of color, according to Barton.

In response to the Dallas ambush, Allison Ross of the Courier-Journal says Louisville Metro Police Department officers will patrol in pairs as a safety precaution.

Earlier last week, state Rep. Kevin Bratcher (R-Louisville) pre-filed a bill for the 2017 Kentucky General Assembly to make it a hate crime to target police, firefighters, or other first responders. Bratcher originally referred to his legislation as “Blue Lives Matter,” but Barton says the lawmaker backed away from that title after getting pushback from individuals who thought that demeaned the Black Lives Matter movement. Barton says Bratcher feels strongly that perpetrators should face the toughest criminal charges for injuring or killing law enforcement and other emergency personnel.

Louisiana enacted a Blue Lives Matter bill earlier this year and other states are considering similar legislation. Jack Brammer of the Lexington Herald-Leader says Republican lawmakers have generally opposed hate crime bills, saying there are enough other laws on the books to cover such criminal offenses. But Brammer says there seems to be wide support for Bratcher’s proposal among Kentucky legislators.

Frankfort Updates
The Bevin administration continued to argue its case that the governor has the authority to restructure the University of Louisville Board of Trustees. Bill Bryant of WKYT-TV in Lexington says Bevin’s legal team has asked a judge to disqualify state Attorney General Andy Beshear in his lawsuit to stop the governor’s action with the U of L board. Bryant says Bevin’s lawyers contend that former Attorney General Jack Conway ruled that governors can reorganize university boards. So it would be a conflict of interest for Beshear to go against the opinion of a previous attorney general, they argue.

The spat between Bevin and the Beshears got personal last week when the governor ordered the removal of former first lady Jane Beshear’s name from the Kentucky Capitol Education Center. Jack Brammer says former Gov. Steve Beshear named the facility for his wife after she raised $250,000 for upgrades to the center, which is used to welcome school groups and other visitors to the capitol. Bevin wants to rename the facility in honor of military families. Brammer says some in Frankfort are asking why the governor couldn’t find another way to pay tribute to military families without resorting to what they see as a “petty” move against Jane Beshear. Brammer says new gubernatorial administrations tend to acknowledge the work of previous first ladies. He says he wonders how Gov. Bevin would feel if a future governor treated his wife, Glenna, in a similar fashion.

On Wednesday state officials hosted a public forum in Hazard to hear comments on Bevin’s proposed Medicaid overhaul. Ryland Barton said opponents to the plan voiced similar concerns to those heard at the first two public forums in late June. He says they object to the governor’s proposals to remove dental and vision coverage from the Medicaid offerings and to make some Medicaid recipients pay monthly premiums ranging from $1 to $15. Barton says officials at the U.S. Department of Health and Human Services, which must approve Bevin’s plan to revamp the state’s implementation of Medicaid, generally oppose instituting premiums that could prevent low-income individuals from receiving coverage.

The governor hopes to submit his application to the federal Centers for Medicare and Medicaid Services by Aug. 1.

Education Issues
The Jefferson County Public Schools system is considering a range of policy changes ahead of the start of the new school year. Allison Ross says the state’s largest school district is conducting its routine review of its code of conduct for students. At issue is the definition of “deliberate disruption.” Ross says some teachers and parents argue that the current policy is too vague and results in the suspension of too many students. She says officials will break down that broad category into specific offenses like horseplay, excessive talking, and spitting, and then determine the maximum penalty for each misdeed.

Suspensions for the just-completed school year at JCPS reached the highest numbers in a decade, according to Ross. Since research indicates that suspensions aren’t effective at changing student behaviors, she says school officials hope to find other ways to punish offenders without taking them away from valuable instructional time.

JCPS will also adjust its grading scale to make it more uniform with other state school districts. Instead of grades from 93 to 100 constituting an A, the new scale will be 90 to 100 for an A, 80 to 90 for a B, and so on. Ross says the change is designed to give Jefferson County students an equal shot at college placement slots and Kentucky Educational Excellence Scholarships (KEES).

The system will also reduce the number of district-mandated proficiency exams by 35 percent in the coming school year. Ross says students will still face regular pop quizzes and tests by teachers as well as exams required by the state. She says the district wants to address concerns that students are tested too much.

The Archdiocese of Louisville as well as several local foundations will fund an effort to prepare the county’s youngest learners for school. Ross says nearly half of Kentucky children don’t have the basic skills and knowledge they need to be successful in kindergarten. JCPS will use the new funding to expand its Ready 4K Camp program to serve more than 1,000 students. Ross says the youngsters will learn things like the alphabet, counting, recognizing shapes and other skills they will need to be ready to enter kindergarten. She says closing these learning gaps early helps prevent children from falling farther behind once they enter primary school.

Cuts to public education funding in recent years have exacerbated maintenance issues at a number of JCPS facilities. Ross says 40 buildings in the district have heating and cooling systems that need replacement, and another 28 buildings will need new HVAC units within the next 12 years. 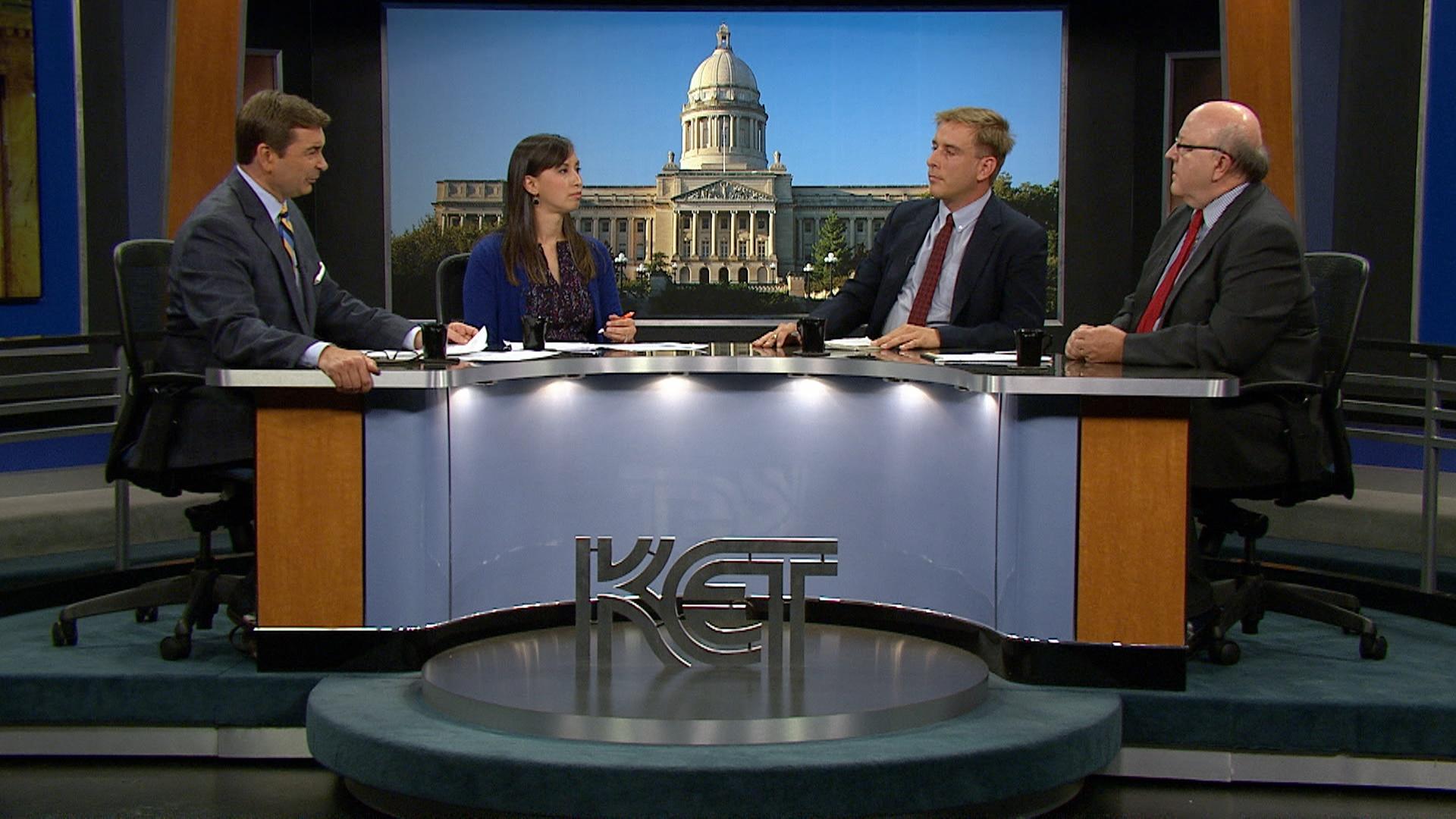