Come July 1, about 800 minimum-wage employees in state government will get a nice pay raise. The question is, will they get to keep it?

The journalists on Comment on Kentucky discussed the political implications of Gov. Steve Beshear’s wage hike and other news in the commonwealth last week.

Beshear’s action affects those employed in the executive branch of state government, and will raise their pay from $7.25 to $10.10 per hour. Tipped workers such wait staff at state parks will be increased from $2.19 to $4.90. The order also affects minimum-wage earners employed by entities that have personal service contracts with the state. Beshear says the increase was the moral thing to do.

Jack Brammer of the Lexington Herald-Leader says some Republican lawmakers criticized the move. He says House Minority Floor Leader Jeff Hoover (R-Jamestown) said Beshear took a move from President Obama’s playbook by using executive action to enact something that wouldn’t pass legislatively. In recent sessions the General Assembly has entertained bills to increase the minimum wage in the state, but the measures have failed to pass.

So is the increase permanent? Brammer says the action can be rescinded by the next governor who will take office in December, or by the state legislature. Adam Beam says Democratic gubernatorial candidate Jack Conway’s campaign supported the move, while Republican nominee Matt Bevin opposed it. Beam adds that Democrats have made raising the minimum wage a key issue in recent years, but he notes that the issue did little to boost the candidacy of Alison Lundergan Grimes in her U.S. Senate bid last year.

To Reveal or Not to Reveal
The candidates’ tax returns are already becoming an issue in the general election campaign. Adam Beam says Bevin has said he won’t release his returns. The Republican businessman argues that doing so would only create a distraction and does nothing to improve the state’s economy.

Jack Brammer says he expect Democrats to launch campaign ads asking Bevin what he’s trying to hide by keeping his tax returns sealed. Meanwhile Conway has invited reporters to his headquarters this week to review his tax returns for the past three years.

Coal and the Governor’s Race
Both Bevin and Conway took some heat last week for attending a secret coal industry meeting in Bristol, Va., where Brammer says the candidates spoke to more than 100 coal representatives. The media were not notified of the event or permitted to attend, and what the candidates told the group remains unknown.

We do know that the gubernatorial contenders oppose the Obama Administration’s plan to limit greenhouse gas emissions from coal-burning power plants. Conway was the only Democratic state attorney general to join a lawsuit against the EPA over the proposed rule. Erica Peterson of WFPL Radio in Louisville says a federal appeals court rejected that suit last week, saying the plaintiffs couldn’t sue over a proposed rule. Conway has pledged to renew the challenge if the Clean Power Plan is finalized, which the EPA is expected to do later this year.

Part of the new rule would requires states to present plans for meeting carbon dioxide limits set for their states. The Beshear Administration is already preparing a plan for Kentucky, but Peterson says both Conway and Bevin have pledged not to submit a plan for the commonwealth as a way to protest what they say is EPA overreach.

Compliance Plans at Question
But Peterson notes Kentucky may not have to do anything to meet the target reduction set for the commonwealth. She says a number of coal-fired power plants in Kentucky are already slated for closing under existing EPA regulations for mercury and other toxic air emissions, while other plants are switching to cleaner-burning natural gas. Still another series of generating stations will shutter in the coming years because they’ve reached the end of their operational lives.

Given these changes, Peterson says current state energy officials believe Kentucky may not need to make any further reductions to meet the proposed greenhouse gas limits.

But here’s the irony, according to Peterson: If the next governor fails to submit a reduction plan for Kentucky, then the state would be forced to enact a generic plan developed by the EPA for all non-compliant states. Peterson says that could be force Kentucky to do far more to comply than it otherwise would have if the state had submitted its own reduction plan. 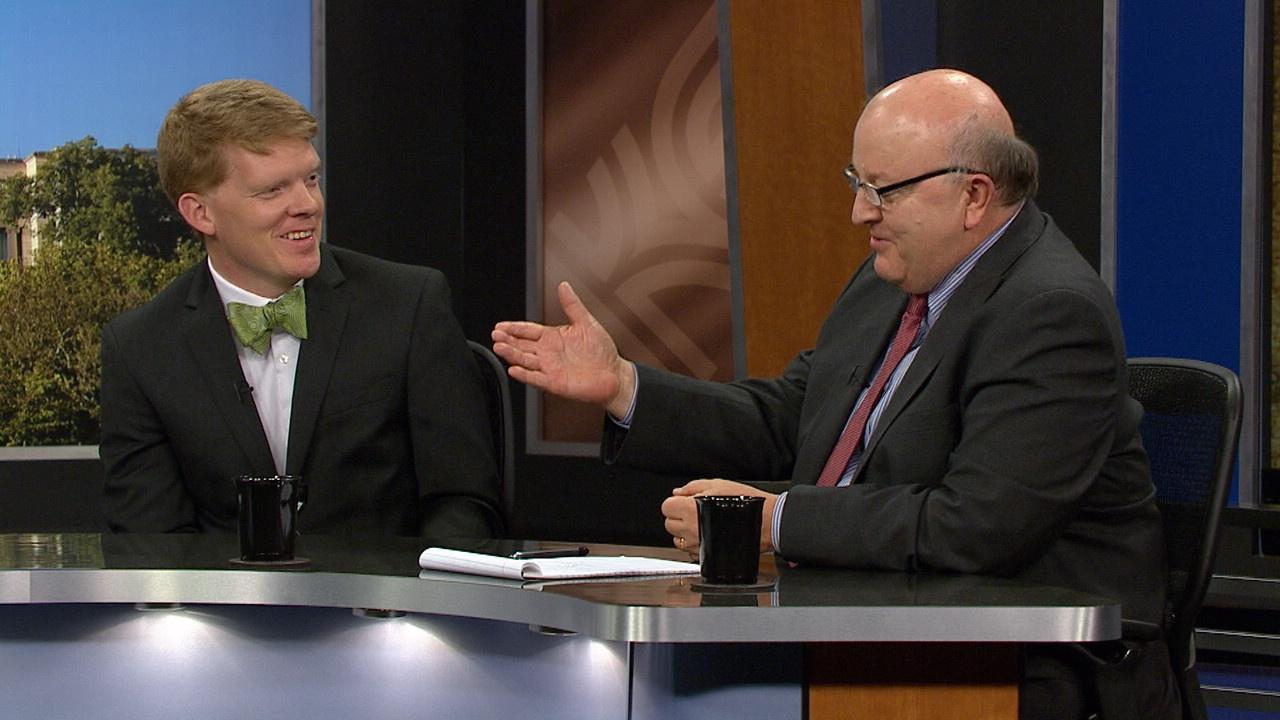