Host Bill Bryant and journalists discuss the week's news, including a damaging audit of the University of Louisville Foundation. Guests: John Cheves of the Lexington Herald-Leader; Lawrence Smith of WDRB-TV in Louisville; and Deborah Yetter of the Louisville Courier-Journal.
S43 E31 Length 26:33 Premiere: 6.16.17

A shooting leaves congressional Republicans, including Kentucky’s junior senator, scrambling for their lives. Meanwhile the University of Louisville is sorting through tough sanctions against its men’s basketball program and a troubling audit of its embattled foundation.

The journalists on KET’s Comment on Kentucky discussed those stories as well as other news from Washington and Frankfort.

Partisan Rancor Turns Violent
U.S. Sen. Rand Paul was in a batting cage when shots rang out Wednesday morning at an Alexandria, Va., park. The Kentuckian was with Republican colleagues as they practiced for an annual charity baseball game among members of Congress and their staffers. Paul told Lawrence Smith of WDRB-TV in Louisville that the shooting that left U.S. Rep. Steve Scalise critically wounded would have been a “massacre” had Capitol Police guarding the Louisiana congressman (Scalise) not intervened.

According to Smith, Paul says he wasn’t alarmed when he first heard the shots, but then realized something was terribly wrong when he saw Scalise get hit and realized bullets were ricocheting around the ballfield. Paul says he was able to escape the scene and make his way back to Capitol Hill after the police officers wounded the gunman, James Hodgkinson of Belleville, Ill. Reports indicate that Hodgkinson may have been motivated by his anger over conservative Republican policies.

Following the shooting, Paul joined bipartisan calls for politicians and the public to tone down the heated rhetoric that has become common in civic debates. Smith reports that Paul believes political disagreements should not include so much anger.

This is not the first incident of politically motivated violence this year. John Cheves of the Lexington Herald-Leader says a former Transylvania University student returned to campus in April wielding a machete. Cheves says the 19-year-old Republican claimed liberal students at the Lexington school mocked him and his conservative beliefs. One woman was injured in that attack, says Cheves.

Health Care Updates
Kentucky’s senior senator is keeping a tight lid on potential changes to the American Health Care Act passed by the U.S. House of Representatives in May. Deborah Yetter of the Courier-Journal says Senate Majority Leader Mitch McConnell is keeping negotiations so secret that even other Republicans don’t know what’s in it.

That has left Democrats and even some Republicans uneasy about what the bill, meant to repeal and replace the Affordable Care Act, might look like. Yetter reports that Sen. Lisa Murkowski says it would be hard to vote for the legislation without knowing the details. The Alaska Republican is among a number of senators concerned about cuts to Medicaid.

Senate Democrats are calling for open hearings on the bill and the ability to offer amendments to it. Yetter says McConnell had hoped to vote on the legislation by the end of June, but she says there’s now some question as to whether that will happen.

Meanwhile Kentucky’s lone Democrat in Washington has voiced his concerns about possible changes to Medicaid in the commonwealth. Yetter says Rep. John Yarmuth (3rd District) wrote a letter to U.S. Health and Human Services Secretary Tom Price to detail his objections to the changes Gov. Matt Bevin wants to make to the program. She says federal regulators are expected to make a decision on the Bevin administration’s Medicaid waiver request sometime this month.

Smith says U of L faces a four-year probation; a five-game suspension for head coach Rick Pitino; a loss of scholarships; and financial penalties resulting from unethical conduct by a former director of basketball operations. Andre McGee is alleged to have provided strippers and escorts for basketball players and recruits at the school. As a result, three players were ruled ineligible and U of L will have to vacate more than 100 games in which those players participated, says Smith.

That could include the school’s 2013 NCAA basketball championship title. Smith says NCAA infractions committee members found the actions to provide sexual favors to underage recruits to be “repugnant.”

Interim U of L President Greg Postel joined Pitino and Athletics Director Tom Jurich to denounce the sanctions as excessive. Smith said the school plans to appeal the NCAA’s decision.

Pitino claims he knew nothing of McGee’s actions, but the NCAA still holds the head coach accountable, says Smith. Pitino will sit out the first five games of Atlantic Coast Conference play in the upcoming season.

The new leadership at the University of Louisville Foundation continues to sort through the results of its recent audit. Yetter says the review found numerous management and financial problems in the separate non-profit during the tenure of James Ramsey, who served as president of both the university and the foundation. Yetter says current foundation board members are deciding what issues they may want to investigate further and whether they want to “claw back” moneys that were improperly spent by Ramsey.

Earlier this month Bevin issued an executive order to create a charter schools advisory council, and to dissolve and reconstitute several other boards, including the Educational Professional Standards Board. Beshear gave the governor seven days to rescind the order, arguing that the law cited by the Bevin administration in the reorganization doesn’t apply to the boards in question.

Cheves says that instead of appointing new members as individual terms expire, Bevin sought to repopulate the entire board memberships. He says the governor has used that tactic with other state boards since taking office. Instead of going to court over this particular action, Cheves says the governor’s office issued an amended order late last week.

Some Republican lawmakers are beginning to question Bevin’s board reorganizations. Cheves says the legislators contend they create boards for specific purposes, and that if Bevin wants to change them, he should work with lawmakers to do that rather than go around them.

A legislative committee approved a $250,000 contract for a new “adoption czar” for the state. Bevin hired Daniel Dumas, a vice president at the Southern Baptist Theological Seminary, to overhaul Kentucky’s adoption and foster care systems so that children in state care can find permanent homes more quickly. Cheves says Democratic lawmakers on the Government Contract Review Committee opposed the hiring of Dumas because he has no background in child welfare or social services.

And three Kentuckians have sued Bevin and Attorney General Beshear for the right to use medical marijuana. Cheves says 29 states and the District of Columbia allow patients to use marijuana for medicinal purposes. Several proposed bills to permit the practice in Kentucky have failed to pass the General Assembly. Cheves says the governor does not oppose medical marijuana, but Bevin wants lawmakers to approve such legislation for his signature. 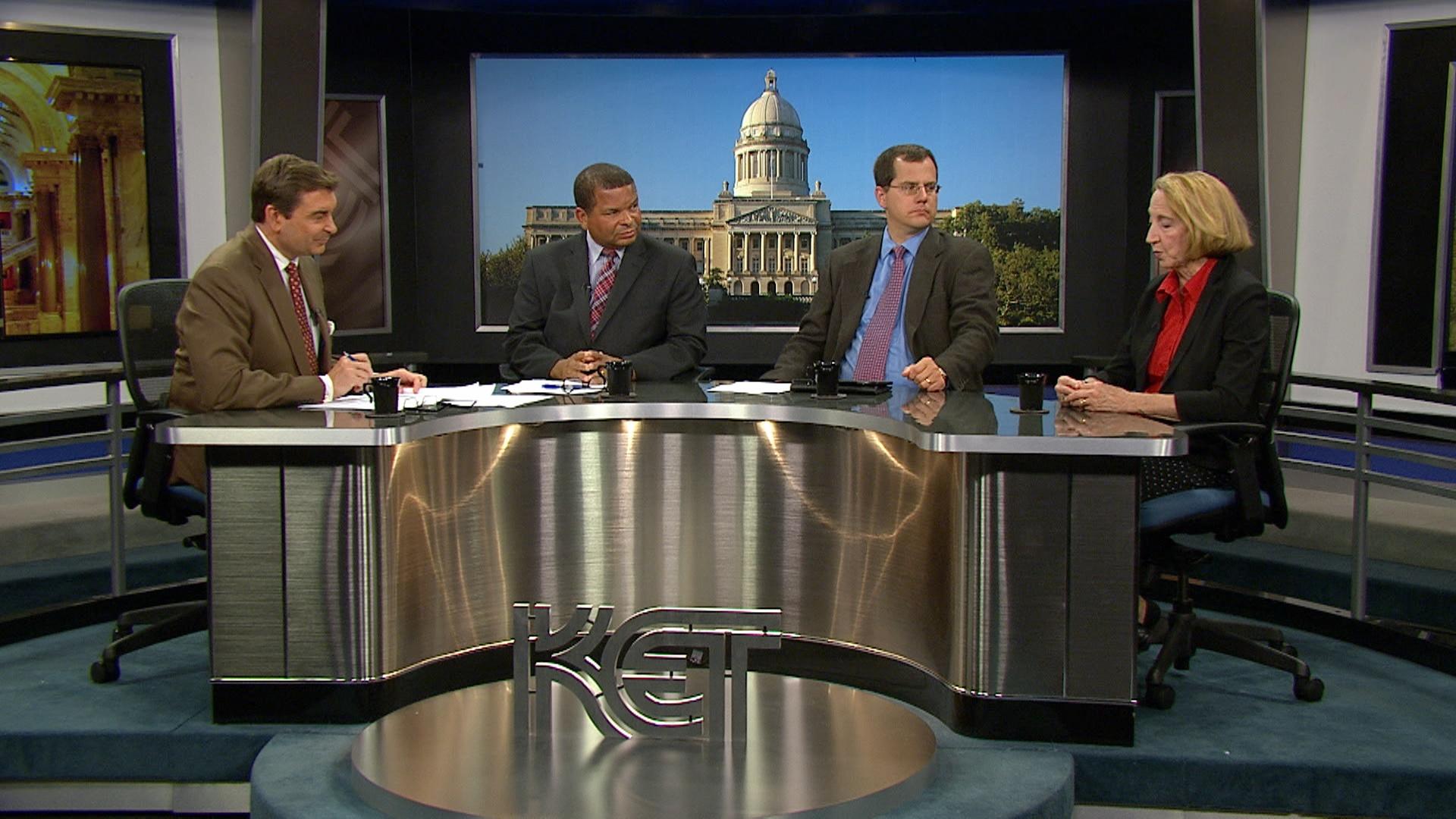