It’s hard to debate the success the state’s Medicaid expansion has had in providing more Kentuckians with health care coverage. What continues to be argued, though, is whether the commonwealth will be able to afford the added expense.

The journalists on Comment on Kentucky discussed the latest updates on the state’s Medicaid program and how the funding dispute could play into this year’s governor’s race.

Medicaid Costs Debated
Kentucky Cabinet for Health and Family Services Secretary Audrey Haynes updated legislators last week about the Medicaid expansion. Deborah Yetter of the Louisville Courier-Journal says Haynes faced a skeptical response from GOP lawmakers who fear the state won’t be able to afford the approximately 400,000 new enrollees to Medicaid. The federal government currently pays all expenses for those patients. But starting in 2017, Kentucky and other states will have to pay a percentage of those costs, which will max out at 10 percent by the year 2021.

Some Republicans argue the state could face a $300 million price tag for the additional enrollees, according to Ronnie Ellis of CNHI News Service. In her testimony Haynes countered that Kentucky will have saved more than $900 million on Medicaid expenses between 2014 and 2021. Ellis explains that those savings come in part from prisoners and wards of the state. Kentucky used to pay 100 percent of their medical expenses, but now they have been moved into Medicaid.

Ellis adds that Haynes expects the enrollment figures to drop in the years ahead as the economy improves. Some enrollees will get jobs with health benefits, while others will move from Medicaid to private insurance policies as their personal incomes increase.

Candidates Differ on Future of Health Policies
The future of the Medicaid expansion and the state health exchange Kynect loom large in the governor’s race. Republican Matt Bevin has pledged to end Kynect and scale back the Medicaid expansion. Sam Youngman of the Lexington Herald-Leader says that stance risks making Bevin look indifferent to the plight of low-income Kentuckians.

Youngman says Democrat Jack Conway wants to keep both programs but indicates he’s open to “tinkering” with them. Youngman says Conway faces a difficult decision over how much he’ll embrace the health reforms. Even as many voters in the commonwealth generally like Kynect, they deeply dislike Obamacare, which Youngman says creates a tough headwind for Democratic candidates to run against.

On the other hand, if Conway and other Democrats want the support of Gov. Steve Beshear this fall, Youngman says then they’ll have to vocally support Kynect. He says Beshear sees the state exchange as a cornerstone of his gubernatorial legacy.

Tax Returns at Issue
Conway and Bevin also sparred over personal income tax returns last week. Ronnie Ellis says Conway invited reporters to review his filings from the past three years. Ellis says the Democrat paid about $1.1 million in state and federal taxes last year following the sale of about 57,000 shares of stock for some $5 million. In 2012 and 2013 Ellis says Conway’s income averaged about $223,000 per year.

Meanwhile Bevin continues to decline to release his tax information, saying it would create a distraction for his campaign. But Ellis says Bevin has pledged to share his filings if he is elected governor.

Youngman says the tax issue plays well for Conway. He says Democrats will criticize Bevin for his failure to open his returns. Youngman says it continues the strategy that Sen. Mitch McConnell used in his Senate primary against Bevin last year, where he painted the Louisville businessman as dishonest and untrustworthy.

And Ronnie Ellis says a Florida-based group has sued over a Kentucky law that prohibits corporations from contributing to candidates in state and local elections. The organization Protect My Check, which is pushing local right-to-work ordinances around the state, is suing in Franklin Circuit Court. Ellis says the group contends Kentucky’s prohibition discriminates against corporations because labor unions are allowed to contribute to candidates.

Abused Kids, Food Stamps
The demand for social services in Kentucky continues to rise, according to Deborah Yetter. She reports that a record number of children – more than 8,000 – have been taken into state care because of suspected abuse or neglect in their homes. Yetter says persistent poverty and substance abuse in families are the biggest drivers behind the displacements.

Yetter also says Kentucky faces the loss of $40 million in federal funding to administer the USDA’s Supplemental Nutrition Assistance Program. She says the threat stems from a backlog of some 2,000 complaints of food stamp fraud. Yetter says 800,000 Kentuckians receive food stamps. She reports that state Health and Family Services Secretary Audrey Haynes has pledged to address the backlog. 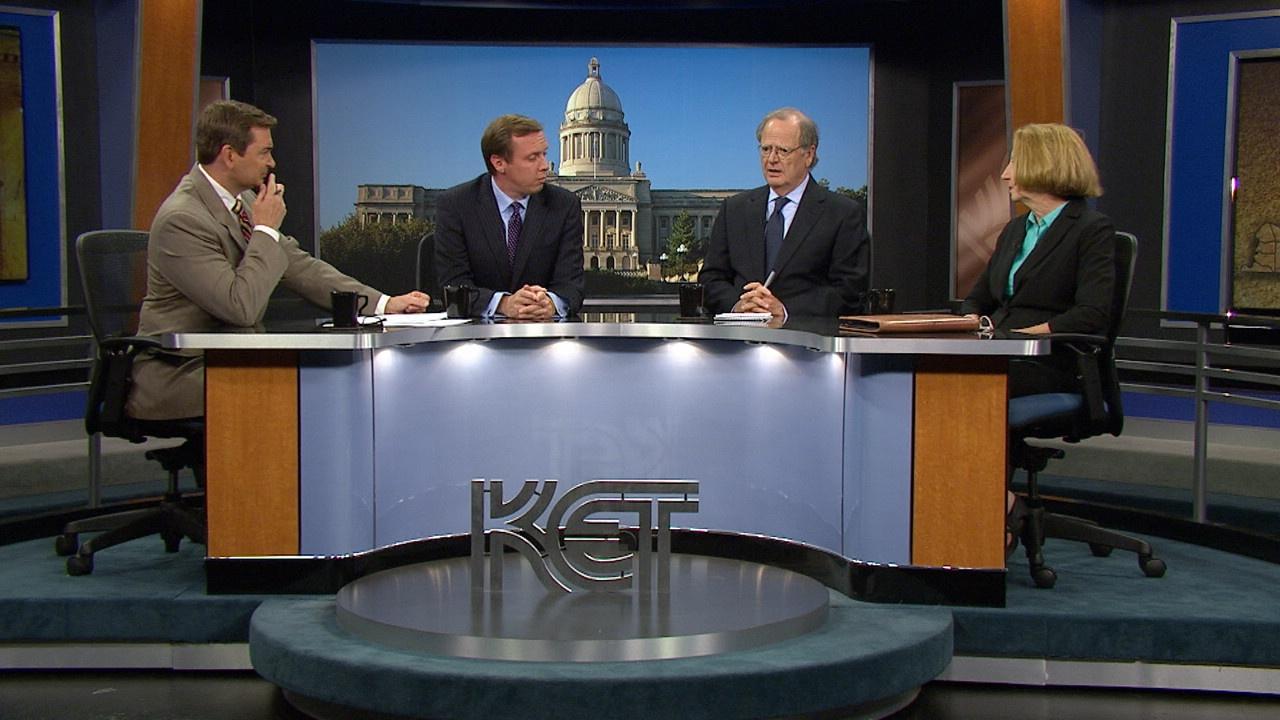