After experiencing a record number of homicides in 2016, Louisville has seen more than 50 murders already this year. The escalation of violence has left some local officials questioning the leadership of the city’s mayor and police chief.

The journalists on KET’s Comment on Kentucky discussed the escalating violence and Gov. Matt Bevin’s suggestion for reducing crime in Louisville. They also reviewed prospects for a special legislative session and remembered the late U.S. Sen. Jim Bunning.

Louisvillians Struggle for Solutions to Gun Violence
Among the most recent shooting victims in Louisville was a 7-year-old child who was killed as he ate a piece of cake at his family’s kitchen table, says Phillip M. Bailey of the Courier-Journal. He says as of Friday, Louisville Metro Police had made no arrests in what is believed to be an accidental shooting resulting from a nearby dice game that had gone bad.

Bailey says it used to be that 50 or 60 murders a year was the norm in the River City. Now the average is more than 100, and last year’s tally of 124 homicides was an all-time high for Louisville. He says the increasing violence can be traced in part to easy access to guns, increasing gang activity, and the opioid addiction crisis. More than a third of murder victims are 25 years old or younger, according to Bailey.

Louisville Mayor Greg Fischer and Police Chief Steve Conrad are facing mounting criticism from the public and Metro Council members. Bailey says Fischer supports Conrad, and the chief contends that only the mayor can fire him. But Conrad has already received a no-confidence vote from the police union and could receive another from the Metro Council. In addition to the escalating murder count, the police department is also embroiled in a sexual abuse scandal in a Youth Explorer program it operates.

Last Thursday Gov. Matt Bevin hosted a community forum about gun violence at a West Louisville school. Bailey says the governor told a crowd of more than 400 residents and faith leaders that he wants to create prayer patrols of volunteers who will gather and pray on street corners in the city’s most crime-ridden neighborhoods. That message got a mixed reception, says Bailey, especially among ministers and social activists who are already engaged in violence intervention efforts in the city. Bailey reports that one minister who was offended by Bevin’s suggestion said West Louisville needs more resources, not more prayer.

Budget Shortfall, Taxes, and Pensions
With the state facing a potential $113 million budget shortfall at the end of the current fiscal year, the Bevin administration has told state agencies to cut 1 percent from their budgets. Adam Beam of the Associated Press says state Budget Director John Chilton also warned those agencies that similar cuts might be needed in the new fiscal year, which starts July 1.

But Ronnie Ellis of CNHI News Service says he sees little enthusiasm for a special session among GOP lawmakers. He says some Republican leaders in the General Assembly, including Senate Appropriations and Revenue Committee Chair Chris McDaniel (R-Taylor Mill), think they should tackle pension reform first so they will know exactly how much extra money the state needs in order to pay down the unfunded liabilities in the public employee and teacher retirement systems. Then in a separate session, they could overhaul the state tax codes, Ellis says.

The governor is the only person who can call a special legislative session and Beam says it could be a political disaster if Bevin convenes lawmakers and they fail to pass any reforms.

Bunning Remembered
Funeral services were held Saturday in Covington for former U.S. Sen. Jim Bunning, who died May 26 at the age of 85. After a career as a Major League Baseball pitcher, the Southgate native entered politics, serving as a city councilman, state legislator, congressman, and senator.

Ellis says Bunning was a fierce competitor on the mound, pitching no hitters in both leagues as well as a perfect game for the Philadelphia Phillies. Sports writers considered Bunning the best pitcher in baseball in the early to mid-1960s, says Ellis, yet they failed to vote the contentious Bunning into baseball’s Hall of Fame. A committee of veteran ballplayers voted Bunning into the Hall of Fame in 1996.

The conservative Republican was no less intimidating once he entered politics. Ellis says Bunning was just as willing to verbally throw “high, hard ones” at reporters as he was baseballs at batters. Bunning left the U.S. Senate in 2010 after a falling out with fellow Kentuckian Sen. Mitch McConnell. Ellis says McConnell thought Bunning would not be able to win re-election that year, so he cut off campaign funds to the junior senator.

As revenge against McConnell for feeling pushed out, Beam says Bunning backed Rand Paul in the GOP primary that year. Paul beat former Kentucky Secretary of State Trey Grayson, who McConnell had endorsed.

Other Political News
Grayson announced last week that he will leave his current job as president and CEO of the Northern Kentucky Chamber of Commerce. The Republican said he wants to explore other options. Ellis reports that Grayson might want to pursue a job as a university president.

The city of Anchorage has reassessed the value of a home now owned by Gov. Bevin in eastern Jefferson County. Questions surfaced about the governor’s acquisition of the property after the Courier-Journal reported that he purchased the house and land for a price substantially lower than its valuation. Bailey says the Jefferson County Property Valuation Administrator lists the house and land at $2.9 million. The new city of Anchorage assessment puts the value at $2.2 million. Bailey says Bevin is expected to use that new figure in his appeal for a reassessment by the Jefferson County PVA.

Bevin purchased the home for $1.6 million through an LLC (limited liability company) he owns. The previous owner, Neil Ramsey, is a campaign donor to the governor and a Bevin appointee to the Kentucky Retirement Systems board. 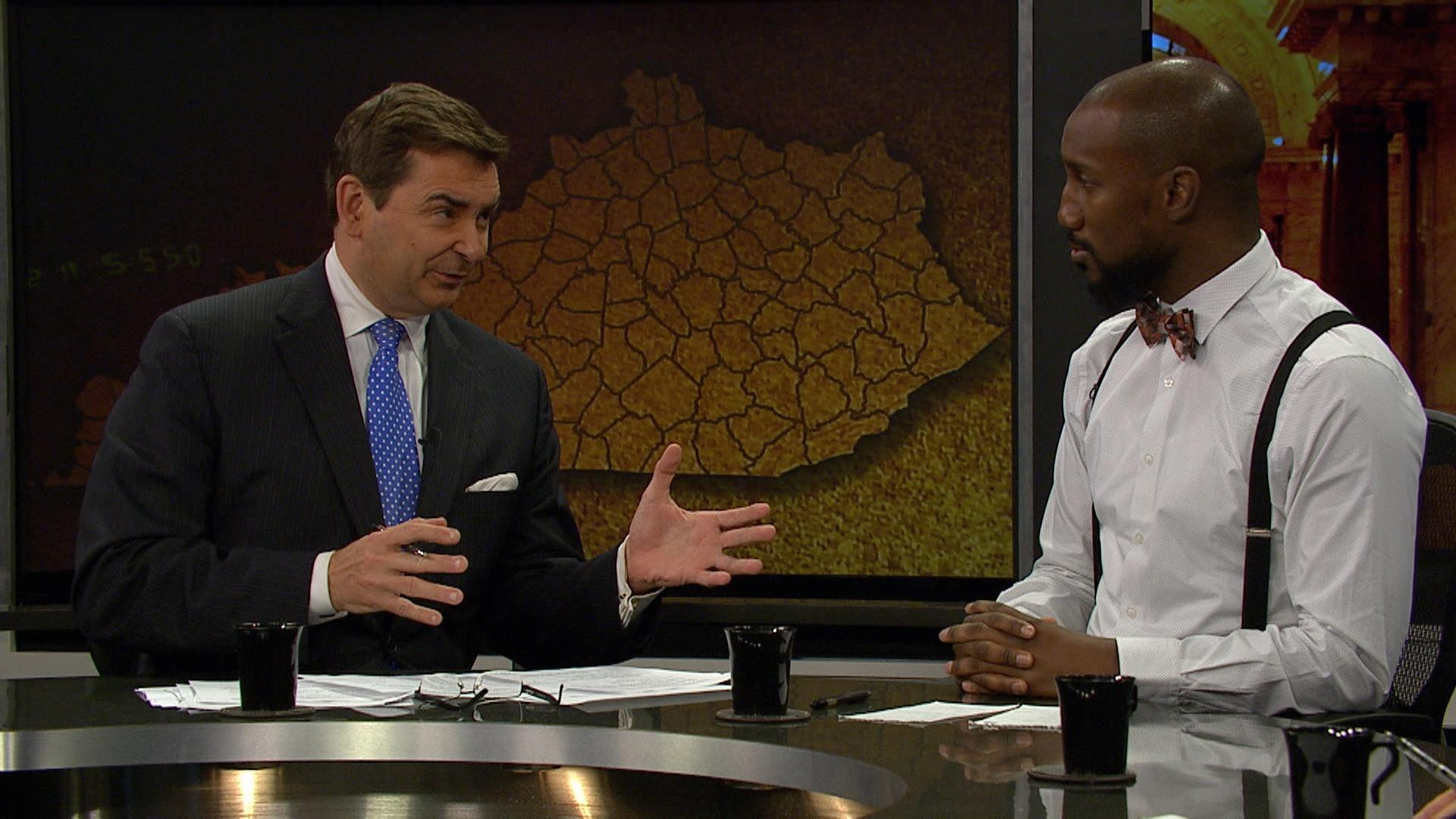