Bill Bryant and a panel of journalists discuss the week's news from the commonwealth, including debate in the legislature over a public charter school bill and other happenings from Frankfort. Guests: Ryland Barton from Kentucky Public Radio; Jack Brammer from the Lexington Herald-Leader; and Morgan Watkins from the Louisville Courier-Journal.
S43 E17 Length 26:33 Premiere: 3.17.17

With Republicans controlling the state Senate, House of Representatives, and the governor’s office for the first time in generations, this year’s legislative session was already historic. But a number of measures on the verge of becoming law could reshape the commonwealth in variety of ways.

The journalists on KET’s Comment on Kentucky reviewed legislation awaiting Gov. Matt Bevin’s signature and discussed other bills that remain in limbo. The General Assembly is now in the veto period. It returns on Wednesday, March 29, for the final two days of the session.

Charter Schools
Kentucky is set to become the 44th state to allow charter schools with the final passage of House Bill 520 last week. The measure will allow individuals, non-profit groups, or public organizations to apply for a charter school in their district, says Ryland Barton of WFPL Radio in Louisville. He says there’s a question about whether “public organizations” means a for-profit entity could apply to operate a charter.

Local school boards can authorize a charter. The mayors of Louisville and Lexington can also authorize schools in Jefferson and Fayette counties. If a charter application is denied, the organizers can appeal the decision to the state board of education. Barton says a provision in the bill also allows existing public schools to be converted to a charter operation if enough parents agree to the change.

Charters will receive state and federal per-pupil dollars based on the number of students who attend the schools, according to Barton. He says charters will be assessed a 3 percent “authorizer fee” to be paid out of those funds.

Morgan Watkins of the Courier-Journal reports there was significant floor debate in the Senate on Wednesday about what students the charters would enroll. She says the bill does not require charters to take at-risk students or those from failing traditional schools. Jack Brammer of the Lexington Herald-Leader says Democrats worried that charters would select the best students as a way to boost the schools’ academic results. Barton says if a charter is created specifically to help a target population (such as poor or minority students), then any lottery to select students for that school must give preference to students from that population.

The journalists say other provisions of HB 520 stipulate that charters cannot be religious in nature, and enable student athletes to play for their district’s traditional schools if they attend charters without any sports teams.

Other Education Measures
The sweeping education overhaul embodied in Senate Bill 1 needs the Senate to approve minor changes the House made to the legislation. Watkins says SB 1 will repeal Common Core standards and give more control to local districts over things like teacher evaluations. She says it’s likely the measure will receive final approval before the session ends next week.

A bill to allow elementary students to attend the schools closest to their homes appears to have stalled, according to Watkins. The so-called neighborhood schools bill passed the House but languished in the Senate Education Committee. Watkins says the bill, which was designed to eliminate lengthy bus rides for students in Jefferson County, raised concerns that it could result in a re-segregation of schools in that district.

Updates on Other Bills
The Senate also has to approve House changes to Senate Bill 120, an omnibus measure regarding felon re-entry and other criminal justice reforms. Barton says the legislation includes provisions for job training and job opportunities for people in jail or just being released. Some prisoners will have greater work-release opportunities and private companies will be able to employ prisoners within jails. Barton says the bill also creates a pilot program for drug offenders returning to society, and it says that defendants can’t be held in jail just because they are unable to pay court costs.

While SB 120 tries to reduce prison costs and inmate populations, other bills could result in more Kentuckians being incarcerated. Barton says separate measures would toughen penalties for those convicted of recruiting gang members and for individuals who traffic drugs.

A measure that would shift power from the attorney general’s office to the governor passed the House but awaits a vote by the Senate Judiciary Committee. The original version of House Bill 281 limited contingency fees paid to outside counsel hired by the attorney general to help with major lawsuits. Barton says a Senate committee substitute attached to the bill would give the governor authority to decide which civil suits the state would file in most instances.

Current Attorney General Andy Beshear, a Democrat, called the move a breach of power. Brammer says GOP lawmakers sought to send a message to Beshear about defending the laws of the commonwealth. Republicans have criticized Beshear for his unwillingness to defend the state’s new 20-week abortion ban.

The legislature has lifted a ban on nuclear power plants in Kentucky. Brammer says western Kentucky lawmakers have long sought such a repeal. In addition to allowing nuclear plants to be built in the commonwealth, Senate Bill 11 also allows for the temporary storage of radioactive waste materials. He says some lawmakers wanted to ensure that the legislation would not hurt the state’s struggling coal industry.

Other measures that have passed include a bill to raise the contribution limit on individual donations to state political candidates from $1,000 to $2,000. Barton says that legislation also allows for unlimited corporate contributions to building construction funds for state party offices.

And the governor is poised to sign a bill to bring Kentucky in compliance with new federal rules for personal identifications. Bevin vetoed a similar measure last year after personal privacy advocates objected to it. This year’s bill makes getting so-called Real IDs optional for Kentuckians. Watkins says those without the updated identification would need extra documentation like a passport to be able to take domestic airline flights starting in 2018. 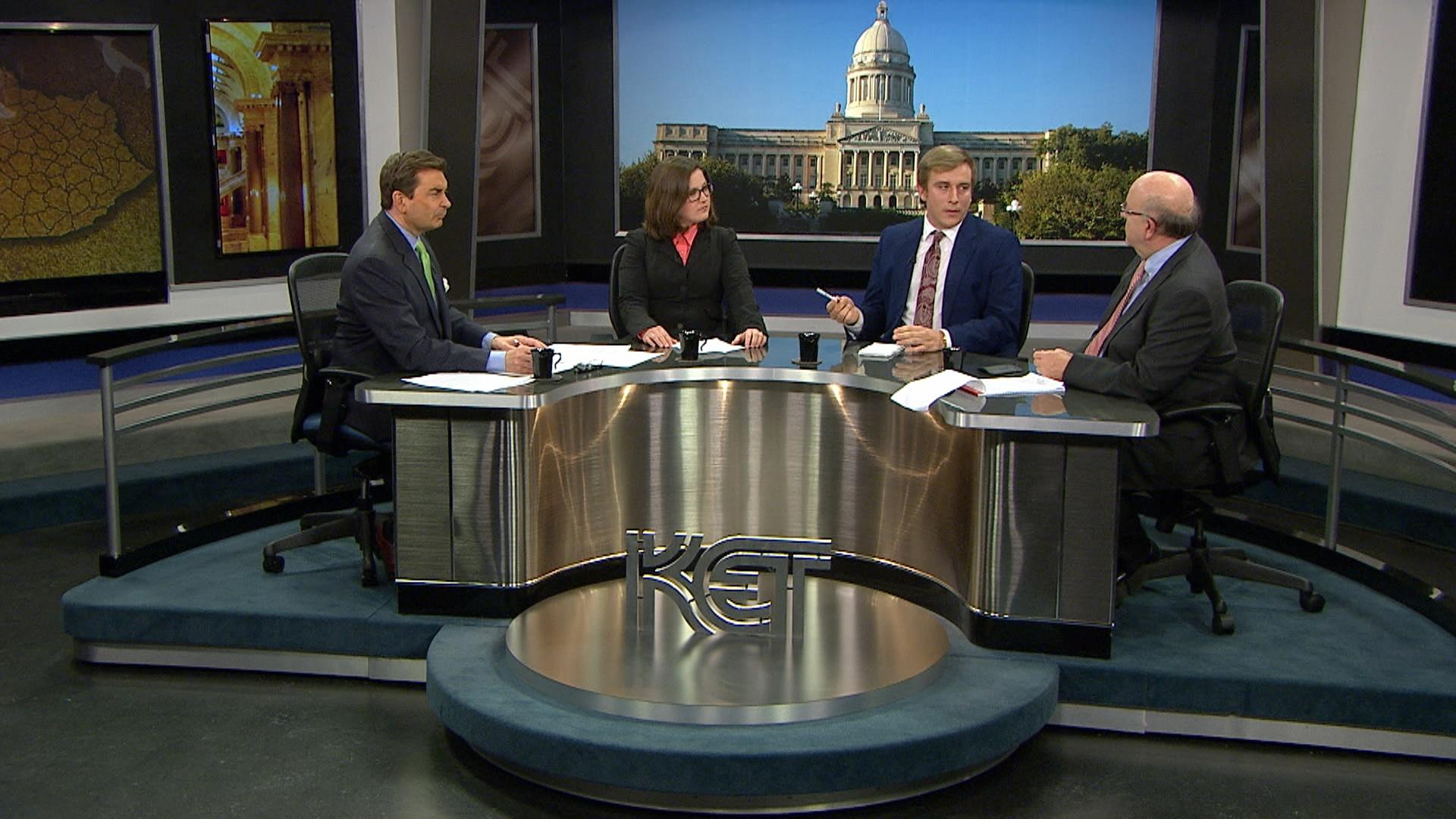