It took just over half of the working days available in this legislative session, but the Kentucky House finally passed a $21 billion state budget last week. The spending plan restores some of the cuts proposed by Gov. Matt Bevin, including funding for education.

The journalists on Comment on Kentucky discussed the details of the House budget, and the work that remains ahead for lawmakers in the final weeks of the session.

Budget Process Moves to the Senate
The House budget keeps many of the spending reductions requested by the governor. But John Cheves of the Lexington Herald-Leader says House Democrats reversed Bevin’s cuts to higher education and K-12 extended services, and funded the actuarially required contributions to both the teacher and state employee retirement systems. To pay for those items, Cheves says, Democrats propose tapping more than $500 million that Bevin wanted to hold in reserve for future pension payments.

Cheves reports that Democrats argued they could not allow that money to sit idle while forcing yet another round of cuts to public education. The governor, on the other hand, took a more conservative approach. Cheves says Bevin contends that revenue projections for the coming biennium are too optimistic, so the state needs to set aside money now to help meet pension obligations in the future.

The Senate is expected to vote on its spending plan Tuesday or Wednesday. Cheves says lawmakers will then go into conference committee to hash out a compromise spending plan, which the leadership hopes to complete by next week – even if that means working over Easter weekend.

Cheves says the “wild card” in the process is Bevin, who has said he wouldn’t sign a budget that was substantially different from the one he proposed in January. If the governor does veto the budget, Cheves says lawmakers may be forced to go into special session to craft a spending plan on which all parties can agree.

Other Legislative News
The House is considering measures that would bring more transparency to the state’s pension systems. Cheves says Senate Bill 2 would require the retirement plans to select investment managers through an open bidding process. The measure also calls for a public website detailing the finances and management of the legislative and judicial branch retirement systems. A separate Senate bill that’s also before the House would mandate public disclosure of what individual lawmakers are slated to earn in pension payments.

Cheves says legislative and judicial pensions are 85 percent funded. In comparison the Kentucky Employees Retirement System has a funding level of about 17 percent.

The effort to clear the records of certain non-violent felons who have completed their sentences took a new turn last week. Instead of expunging a felon’s record, Ryland Barton of WFPL Radio in Louisville says Senate Republicans have proposed the idea of vacating the original judgment. Barton says individuals who committed low-level Class D felonies and have served their sentences could go back before a judge to have their case reopened and the original conviction vacated. Barton says that way the original judgment would no longer exist, whereas the expungement process simply attempts to hide the judgment from the public record.

The House passed a separate measure last week to reclassify some felonies as misdemeanors. John Cheves says some non-violent, non-sexual felonies would be considered “gross misdemeanors” under the proposal. A conviction could still carry a sentence of up to two years in jail, according to Cheves, but the perpetrator would be spared the lifelong loss of some rights resulting from a felony conviction.

The House passed bills to require the state to maintain the health care reforms instituted by former Gov. Steve Beshear. Wheatley says the measures are a direct response to Bevin’s plan to dismantle the Kynect health insurance exchange and scale back Medicaid expansion.

And the Senate voted to end state safety inspections of coal mines. Cheves says Senate Republicans argue the inspections duplicate reviews conducted by federal regulators. Instead of performing up to six inspections of underground mines a year, state officials would work cooperatively with coal companies on mine safety analysis and modifying dangerous behaviors. Cheves reports that House Speaker Greg Stumbo (D-Prestonsburg) says the legislation will not pass his chamber. 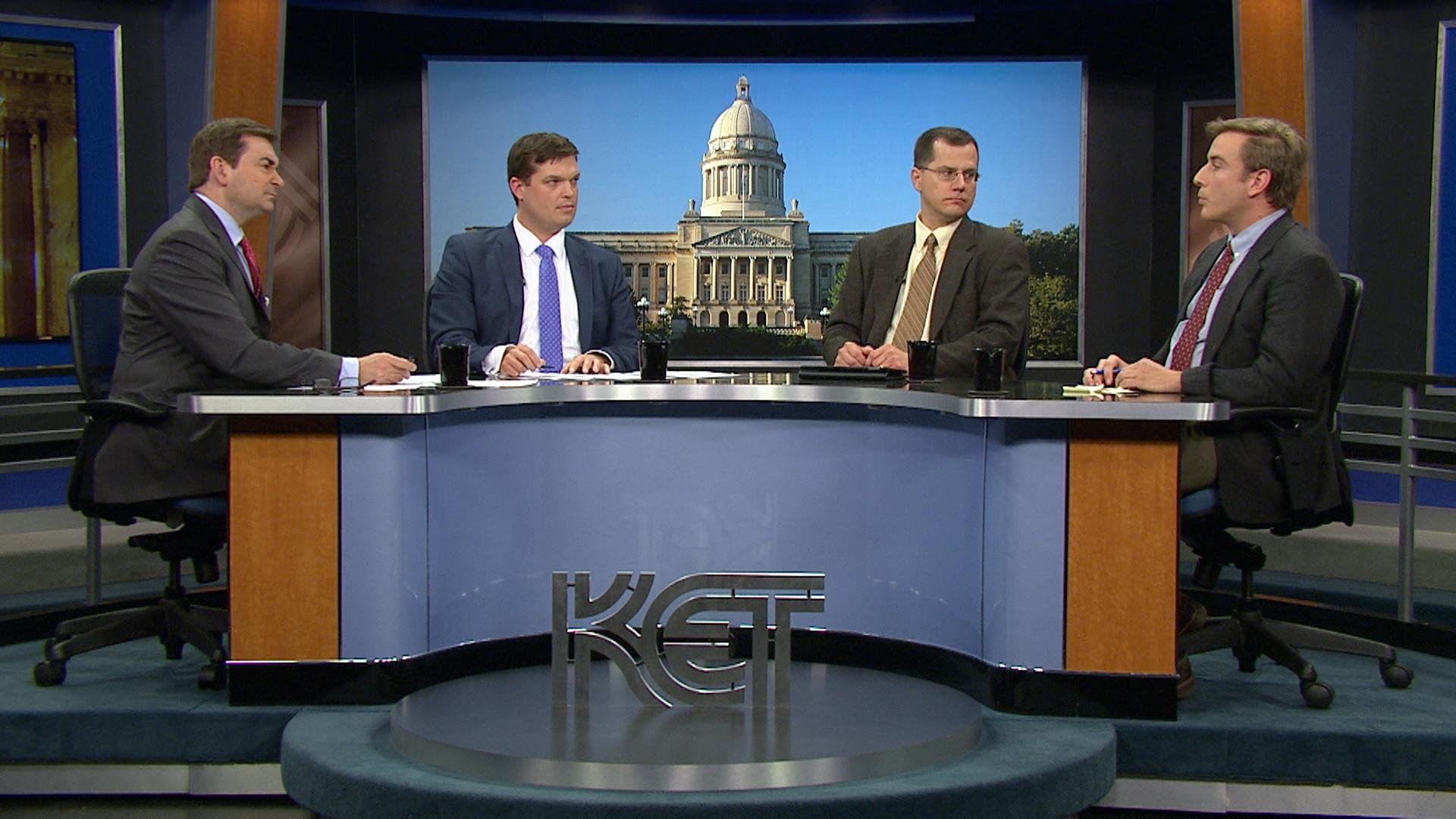