March 6, 2015: Digging Out From Snow and Digging Into Bills

Last week’s snowstorm closed roads, schools, and businesses, and even brought legislative activities to a standstill. But with three working days left for the Kentucky General Assembly before the veto period, the panel on this weekend’s Comment on Kentucky had plenty to discuss.

Weather Causes Highway Backups and Flooding
Snow totals around the commonwealth ranged from a few inches to two feet in last Thursday’s storm. The hardest hit areas included portions of central and western Kentucky, where officials closed stretches of Interstates 65 and 24. Theo Keith of WAVE-TV in Louisville says some 200 tractor-trailers and countless cars were stranded on I-65 near Elizabethown. While some motorists were evacuated to Red Cross shelters, Keith says other drivers waited a full day to be rescued from the snowbound highway. He reports the Kentucky Transportation Cabinet called the I-65 backup a “worst-case scenario” as jack-knifed trucks prevented snowplows from getting through, and those plows that could pass couldn’t keep up with the heavy snowfall.

The winter storms and freezing temperatures created lingering flooding issues and water supply problems. Bill Estep of the Lexington Herald-Leader says more than 45,000 people in 18 eastern Kentucky counties were without water last week after a series of pipeline breaks. Then on Friday, an old mine in Harlan County blew out, sending 8–10 inches of water, mud, and debris through the community of Lynch, according to Estep.

Time Running Short for Lawmakers
After cancelling all business Thursday and Friday, state legislators have only Monday, Tuesday, and Wednesday of this week to complete their work before the veto period. The journalists recapped the status of key bills before the General Assembly.

A New Senator and Supreme Court Justice
Storm says a Republican farmer and attorney won a special election for state senator in the 27th district in northeastern Kentucky. Steve West will succeed Democrat Walter “Doc” Blevins, who resigned from the Senate to become Rowan County judge-executive. Storm says West proved to be an effective fundraiser and used voter data from Sen. Mitch McConnell’s recent re-election campaign to boost his turnout.

Gov. Beshear appointed Prestonsburg attorney David Allen Barber to fill the Kentucky Supreme Court seat vacated by Will T. Scott, who resigned to run for governor. Bill Estep says Barber served on the Kentucky Court of Appeals from 2000-2007, and he has worked as a policy analyst for House Speaker Greg Stumbo. Barber will hold the 7th District Supreme Court seat in eastern Kentucky until a new justice is elected in November. 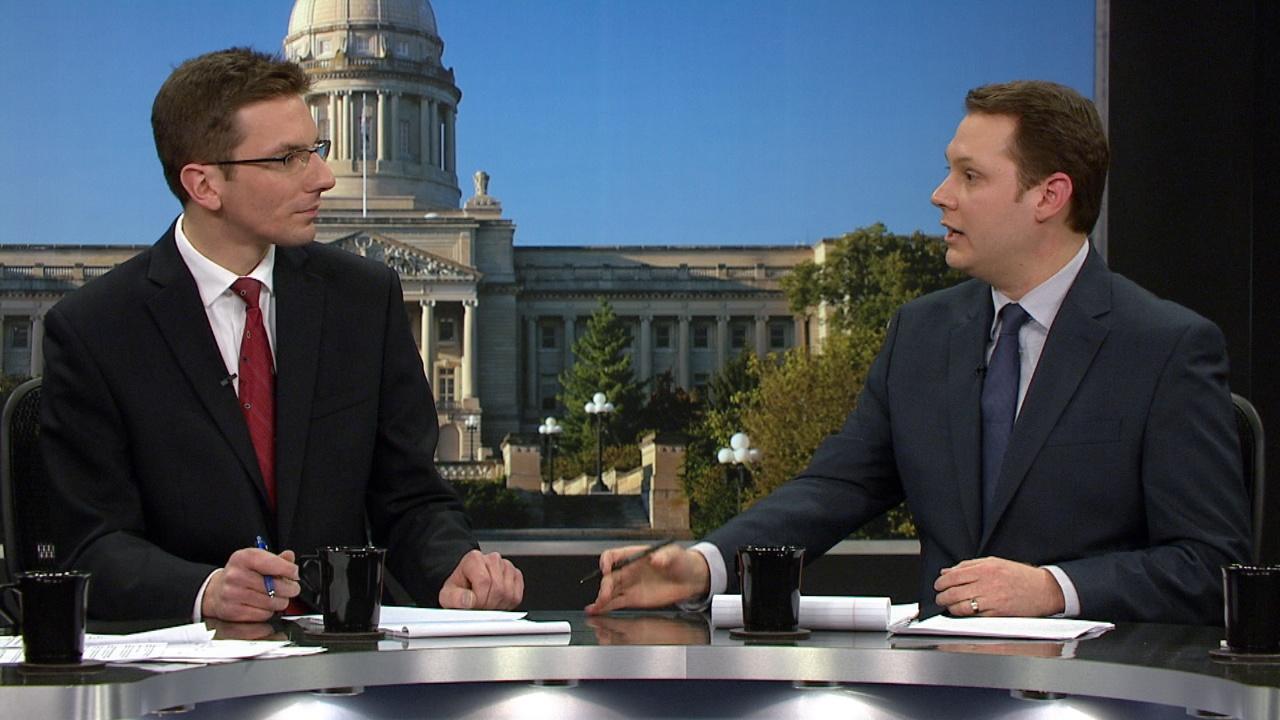