Journalists from around the state discuss political and economic news of the week with host Bill Bryant. Guests: Adam Beam from the Associated Press; Bill Estep from the Lexington Herald-Leader; and Erica Peterson from WFPL in Louisville.
S43 E26 Length 26:32 Premiere: 5.12.17

Another partisan battle looms for the United States Senate in the wake of President Donald Trump’s firing of FBI Director James Comey. Senate Majority Leader Mitch McConnell will be at the center of that fight to shepherd the Trump Administration’s nominee through confirmation process.

The journalists on KET’s Comment on Kentucky explored the relationship between the commonwealth’s senior senator and the president. They also discussed recent news about health, the environment, and two high-profile court cases.

Trump and McConnell
Soon after President Trump fired James Comey last week, Sen. McConnell said the president’s nominee to head the FBI should get a fair and timely confirmation by the Senate. It’s yet another example how Trump and McConnell will have to work together in what Adam Beam of the Associated Press calls a “shaky alliance.”

Beam says the two Republicans need each other despite their very different political and personal styles. He says Trump needs McConnell’s skills as a legislator, and the Senate majority leader can smooth the confirmation for the FBI nominee.

Meanwhile, McConnell can benefit from the president’s strong popularity among Kentucky voters, according to Beam. Trump has not hesitated to criticize members of his own party, but Beam says that ire has not yet been turned against McConnell.

In a Senate floor speech Wednesday morning, the Kentuckian defended the president’s move to fire Comey. The majority leader also rejected calls by Democrats to appoint a special prosecutor to investigate possible ties between Russia and Trump’s presidential campaign. Beam says McConnell has to pick his battles with Trump, and he says this termination doesn’t seem to be something the senator wants to challenge.

Sen. Rand Paul also supported Trump’s decision to oust Comey. Beam says Paul was the lone dissenting vote in the Senate when Comey was confirmed as FBI director in July 2013.

U.S. Rep. Andy Barr (KY-6) also backed the termination but admitted the timing of Trump’s action could raise questions. Beam says the Republican has to walk a political tightrope because his central Kentucky district has a strong Democratic base. He says many Congressional Republicans serving so-called “purple” or swing districts will face a similar challenge in next year’s midterm elections.

Coal and the Environment
Kentucky has dropped to fifth in domestic coal production. Erica Peterson of WFPL Radio in Louisville says the state had been the third leading coal producer for nearly 30 years. Now the commonwealth trails Wyoming, West Virginia, Pennsylvania, and Illinois. Peterson says coal production in Kentucky has declined about 44 percent since 2008.

But there is a glimmer of hope for the mining industry. Peterson says coal production in the state increased by .56 percent in the first quarter of this year. Even with that slight uptick, Peterson says employment in the industry continued to decline.

Although many coalfield residents blame federal environmental regulations for the decline in coal, Bill Estep of the Lexington Herald-Leader says the reality is more complex. He says a Columbia University study points to a combination of factors including cheaper natural gas supplies, low domestic electricity demand, expansion of renewable energy production, and declining coal exports to China.

Researchers hope that a carbon capture project at a Mercer County power plant could point the way to burning coal with lower greenhouse gas emissions. Peterson says the pilot project by the University of Kentucky Center for Applied Energy Research uses a new way to separate carbon dioxide from the power plant’s emissions. She says data indicates that the new process is more efficient, but researchers are uncertain whether it would work on a larger scale.

Peterson says the goal of viable carbon capture technology remains elusive. A demonstration plant in Mississippi that has been touted by coal advocates is several years behind schedule and almost $2 billion over budget, and has yet to produce favorable results, according to Peterson. Meanwhile renewable energy has become a cheaper alternative to coal as a source for electricity in some parts of the nation.

Emission from power plant smoke stacks isn’t the only problem with burning coal. Peterson says coal ash storage continues to be an issue in the commonwealth. The byproduct of burning coal is usually stored in landfills or ponds adjacent to power plants. But Peterson says coal ash from plants near Danville and Owensboro appears to have contaminated nearby water supplies.

Regulators are in the process of changing the permitting process for coal ash storage facilities. Peterson says state environmental officials used to mandate a review of any plans to construct an ash pond or landfill. But new rules would eliminate the prior review requirement.

Health Updates
A number of eastern Kentucky counties are among the very few places in the United States where life expectancy is declining.

Estep says a study of health data from 1980 to 2014 (released by the Journal of the American Medical Association) shows that people born today in 13 American counties will live shorter lives than their parents. The top eight of those 13 counties are in Kentucky’s Appalachian region. Estep says poverty, drug abuse, obesity, smoking, and a lack of access to health care all contribute to shorter life spans.

The addiction epidemic continues to grow in the commonwealth. Estep says a new poll from the Foundation for a Healthy Kentucky shows that 27 percent of Kentuckians know someone who is abusing prescription pain pills. The survey also indicates that 17 percent of respondents personally know a heroin user. In 2013, that number was only 9 percent. Estep says the spike in intravenous drug use has caused a dramatic increase in Hepatitis C cases in the state. That blood-borne disease is spread through the sharing of contaminated needles to inject drugs.

The Natural Resources Defense Council says 1.5 million Kentuckians may be drinking water tainted with lead and other contaminants. Many of the violations occur at smaller municipal water systems in rural communities. Peterson says state environmental officials dispute the results of the NRDC study.

About 800 of Conn’s former clients have lost their disability benefits after the Social Security Administration reconsidered their claims. Estep says federal officials are still reviewing claims from other former clients of Conn.

The Kentucky Court of Appeals has upheld a lower court ruling that said a Lexington t-shirt shop did not violate that city’s fairness ordinance when it refused to print shirts for a gay pride festival.

Beam says the Lexington Human Rights Commission brought the case in 2012. He says the appeals court agreed that the shop owner didn’t discriminate against gay people, but simply didn’t want to help promote the gay pride event because it went against his religious beliefs.

The commission is expected to decide this week whether they want to appeal the suit to the Kentucky Supreme Court. 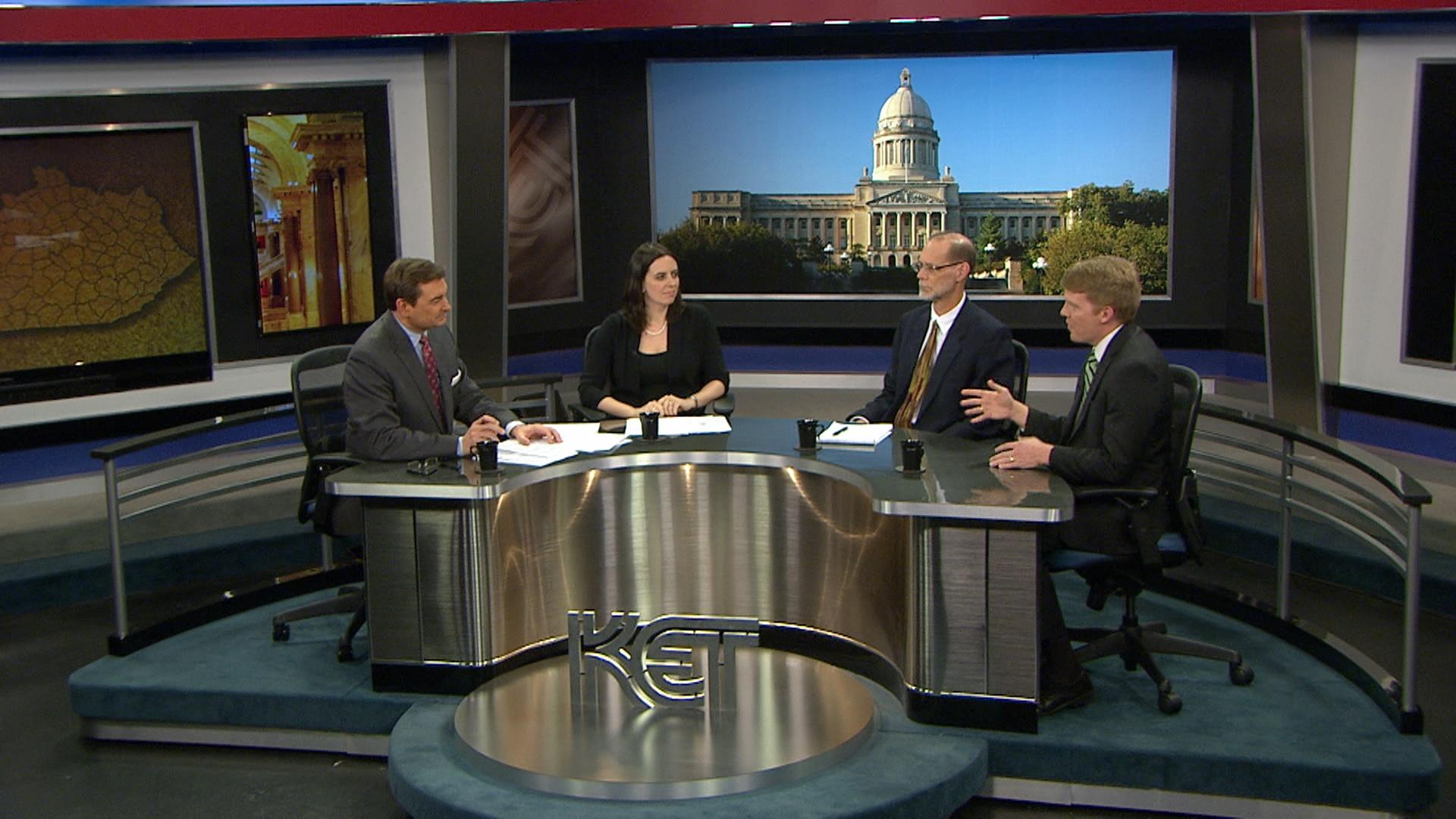