Host Bill Bryant and a panel of journalists discuss the week's news, including the latest happenings on the campaign trail in advance of next Tuesday's elections. Guests: John Cheves of the Lexington Herald-Leader; Joe Gerth of the Louisville Courier-Journal; and Michael Gossum of WBKO-TV in Bowling Green.
S42 E28 Length 26:31 Premiere: 5.13.16

Candidates ranging from presidential contenders to state legislative challengers are making their final campaign stops ahead of Tuesday’s primary elections in the commonwealth.

The journalists on Comment on Kentucky previewed several key races and what to look for when the votes are tallied.

The Democratic Presidential Primary
Former Secretary of State Hillary Clinton and Vermont Sen. Bernie Sanders have barnstormed the state during the last week before the primary. But perhaps Bill Clinton had the toughest job as he campaigned for his wife in the eastern Kentucky coal community of Prestonsburg.

Joe Gerth of the Louisville Courier-Journal says the former president was booed by coal miners who were angry at Secretary Clinton’s statement in March that her policies would put coal companies and miners out of business. Gerth says Bill Clinton welcomed the miners to the rally and then explained how his wife planned to revitalize struggling coal communities.

Bill Clinton won Floyd County with more than two-thirds of the vote in the 1992 and 1996 presidential elections, according to Gerth. He adds that Hillary Clinton garnered 91 percent of the vote in the county’s 2008 Democratic presidential primary. But this year Gerth says the Clintons are struggling to keep the state, and especially the coal-producing counties, in their column.

Meanwhile, Sen. Sanders made several appearances across Kentucky, including visits to Bowling Green and Paducah. Sanders has attracted support from millennials, due in part to his platform of free tuition at public universities and community colleges. But if Sanders hopes to score big with Kentucky college students, he may be disappointed, says John Cheves of the Lexington Herald-Leader. In the state’s 2008 presidential primary, Cheves says only 26 percent of Democrats aged 18 to 24 turned out to vote. He says that compares to 52 percent turnout for Democrats over 50 years of age. So while Kentucky’s young adults may favor a certain candidate, Cheves says they don’t have a good record of actually voting on election days.

Michael Gossum of WBKO-TV in Bowling Green says he’s hearing predictions that Clinton could secure a narrow victory. But he says Sanders could win the state if he gets big numbers in Jefferson County. Gossum adds that Sanders is hurt by Kentucky’s closed primary, which means the senator won’t be able to count on ballots from voters who are registered as independents.

Kentucky has a total of 60 Democratic delegates to award to the candidates.

Four Republicans are competing for the Republican nomination in the 1st Congressional district. Michael Gossum says former Kentucky Agriculture Commissioner James Comer of Monroe County has a comfortable lead in the polls. But, he says a high turnout in the western end of the district could help Mike Pape of Hopkinsville. Pape served as district director for U.S. Rep. Ed Whitfield, who is retiring. Gossum says the Democratic Primary has only one candidate, Hopkinsville construction worker Sam Gaskins.

On the House side, Gerth says Jimmy Rose, a former state representative from Martin, is challenging House Speaker Greg Stumbo in the 95th House district. Gerth says Rose is critical of Stumbo for spending too much time in his Lexington home and neglecting the needs of the district. 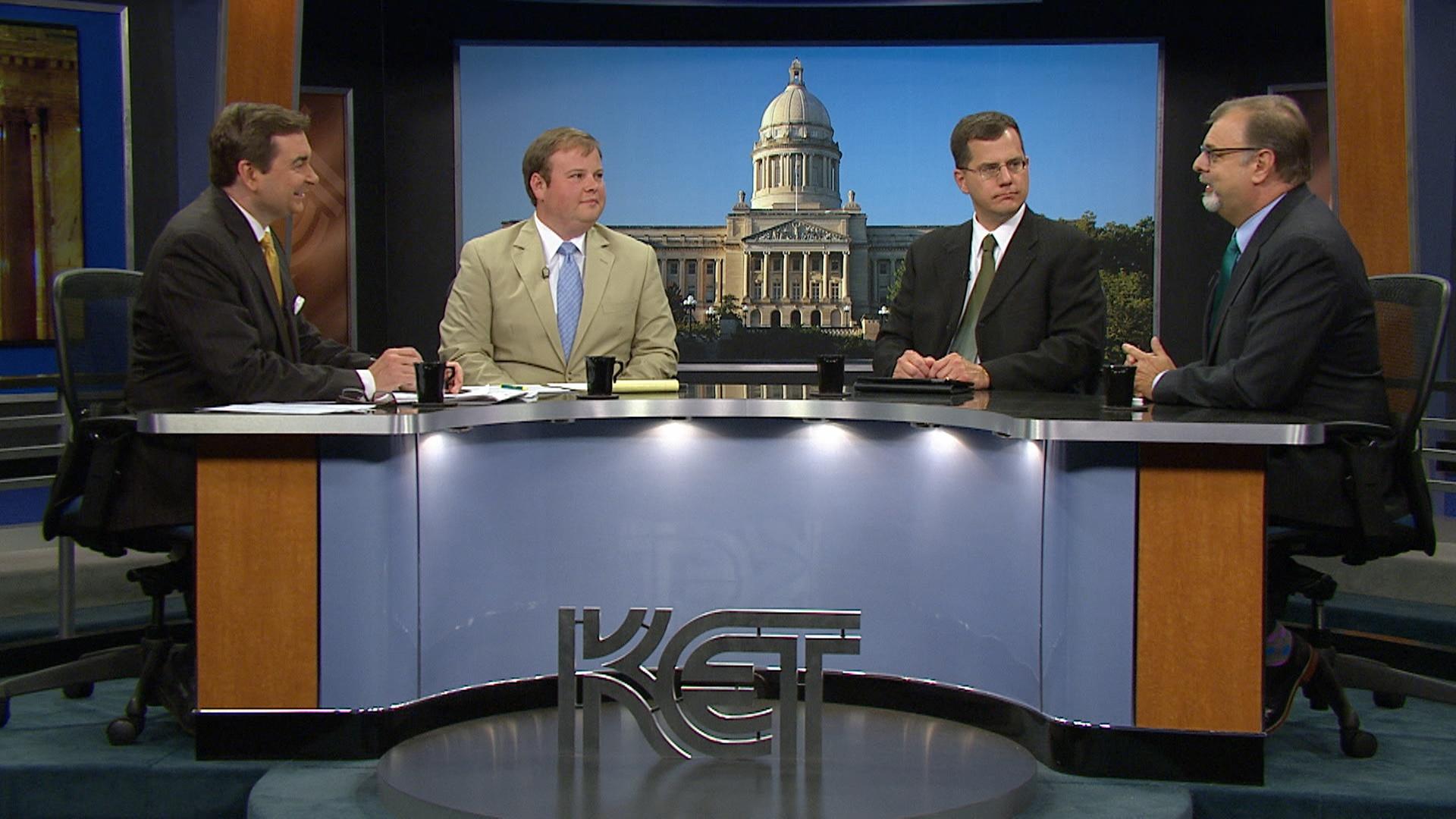